If I map a set of controller buttons to a particular motor, blocks that move that motor no longer have any effect. The blocks get passed over completely, and any subsequent blocks will execute immediately. There does not appear to be any warning or other communication of this behavior in the UI.

Yes, that is how it currently works… when neither button is pressed we are sending a “stop motor” command all of the time.

We’ll improve this for 1.0 - we only need to tell the motor to stop once and then user blocks could control the motor from there.

If I map a set of controller buttons to a particular motor, blocks that move that motor no longer have any effect.

You could just assign the action with the code blocks instead of using the controller setup. I actually didn’t notice you could do that until just now!

I did try that. The problem then is the same as @tfriez described - if no button is pressed, the motor is constantly being told to stop, so any other commands to move the motor are ineffective.

My way around that problem was to have a global variable that gets set to 0 normally, and 1 when some non-controller code is moving the motor: 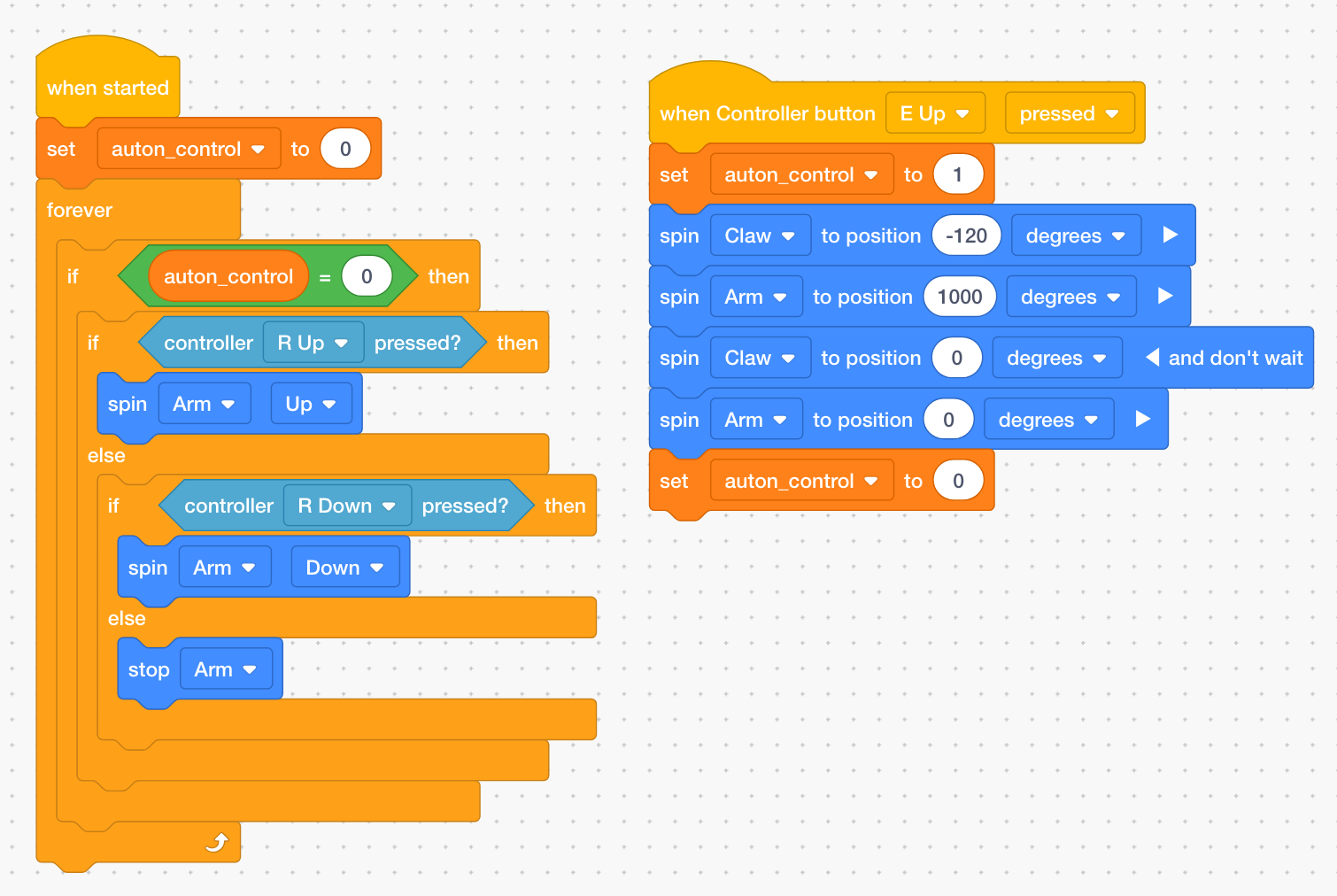 This worked fine but is a bit complicated for new programmers IMO.

Should have the same effect. If you have code controlling the Arm you would have to put it in the same loop to prevent it from doing the same thing. 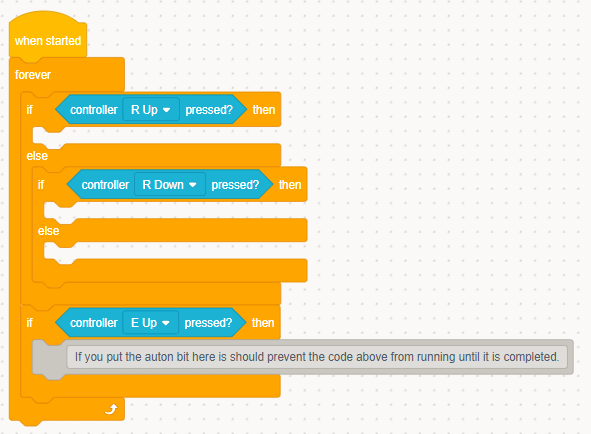 We’ll work it out so it makes sense for the “mixed usage” for the 1.0 release.

You can also use events to trigger behaviors on a specific button press without interfering with the “when started” stack. 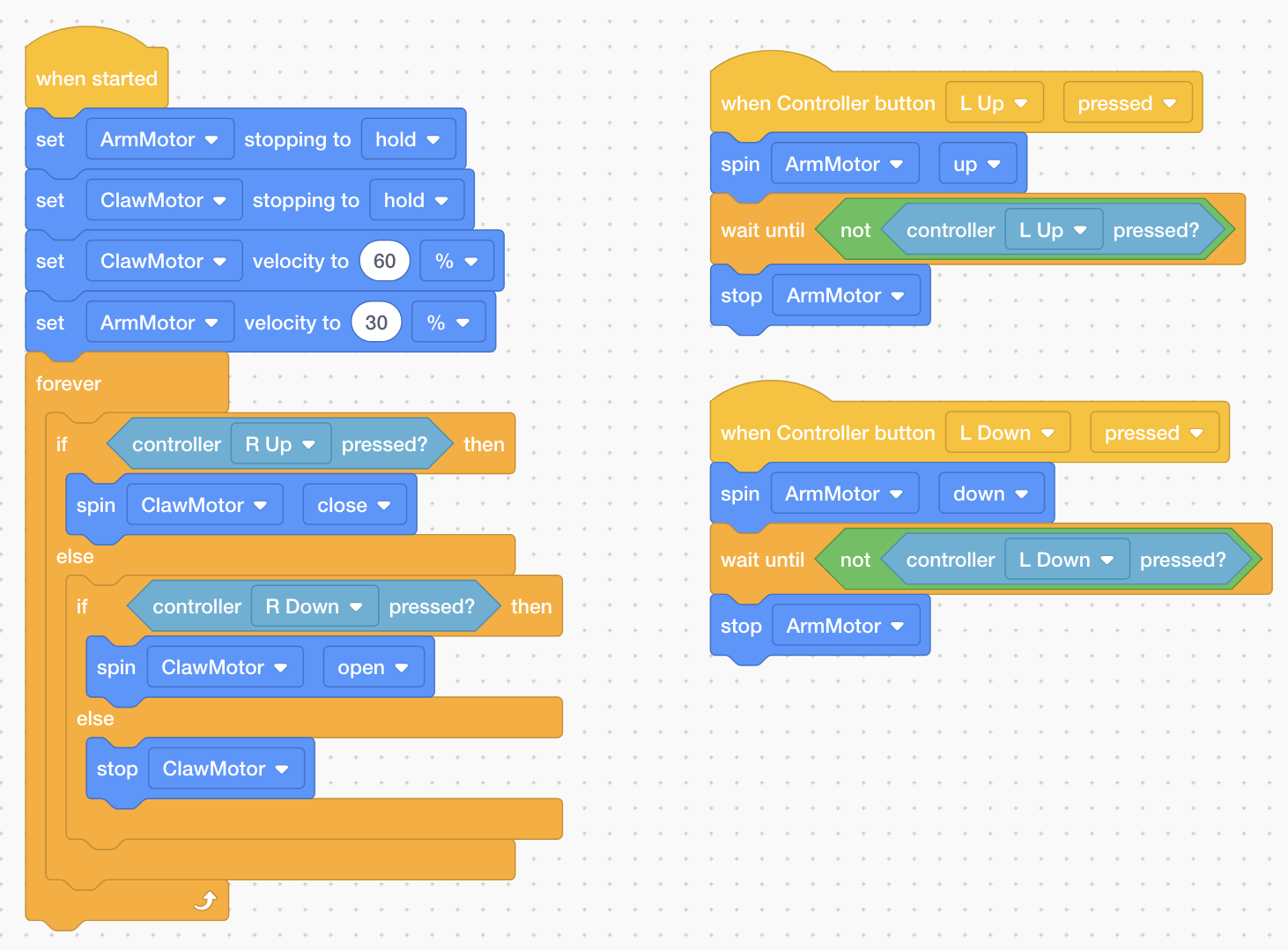