Post any parts you got from VEX that had a manufacturing error in some way. I’ll start. 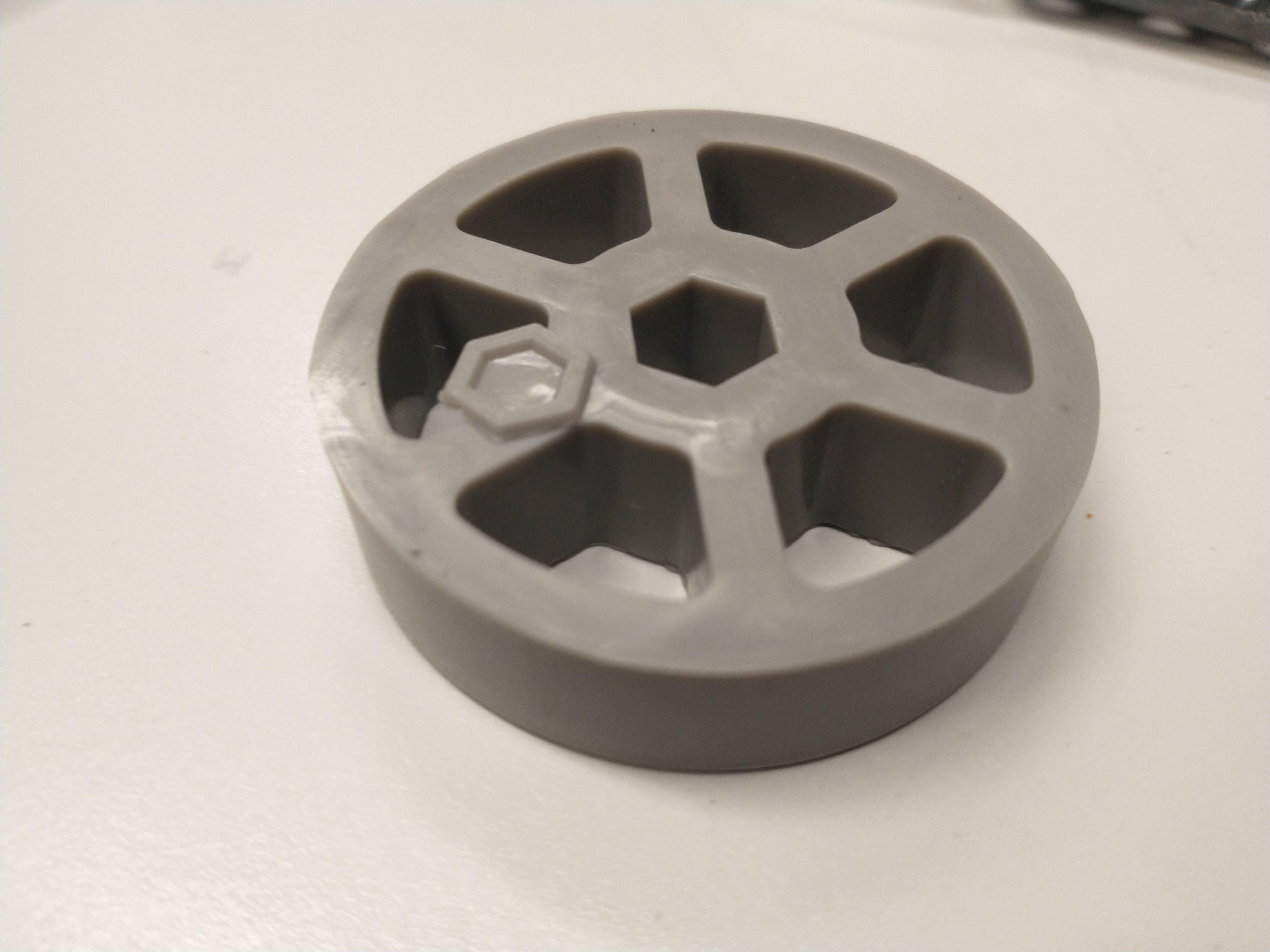 This is a flex wheel we got that still had a hexagon on it.

What makes you say that ? Have you received a defective rotation sensor ?

the sensor looks great on paper, but everything i’ve heard from ppl who have them is about how bad the friction is… its apparently worse than both the old encoders and the old pots in that aspect

i don’t know if this is a manufacturing error or some discrepancy in the design (it is my understanding that magnetic encoders are supposed to have practically negligible friction), but it seems to be a recurring issue.

the mounting options are also not very ideal…
for a $40 sensor im a little surprised by what im hearing about them. i’ll get my own soon enough to do some testing myself but i had a lot of confidence in this new product and this information is rather disconcerting seeing that you can get 2 optical encoders for half the price. the resolution upgrade is a nice step up though

the sensor looks great on paper, but everything i’ve heard from ppl who have them is about how bad the friction is…

The point still stands - have you received one? Have you tested it? have you done testing with old sensors.

I think @jpearman is valid - you made an assertion with vague references to “looks good on paper” and “heard from people”… Not good engineering testing statements.

Have you received a defective rotation sensor ?

I have one, and while I wouldn’t call it defective per se, I would say that the friction in the sensor would severely inhibit using it on a high-speed, low-torque shaft such as a flywheel.

It’s higher friction than the old quad encoder (subjectively, I’ve never measured it, and the units I have are prototypes and pre-production parts). It’s much lower friction than a potentiometer, and the rotation sensor is a hybrid sensor that can perform both roles. The mounting options are different, but it is significantly smaller, so I’m not sure I would say worse. But quad encoders are still available so you can still use those if you feel they are superior, and now the 3 wire expander is also available, there are no limitations due to lack of 3 wire ports.

We got some high-friction quad encoders a while back, took them apart, and reamed out the frictiony part. Shouldn’t be too hard to do the same with these.

We got some high-friction quad encoders a while back, took them apart, and reamed out the frictiony part. Shouldn’t be too hard to do the same with these.

there are gears inside the new ones to house the magnet. it’s my understanding that they are main source of friction unfortunately

Ahh, in that case I’m not sure there is a good solution like there is for the quad encoders.

yeah i was talking with some ppl on the discord vex cad server and the way it was explained makes it seem as though they had to make some sacrifices in friction to keep the accuracy high and the slop low for the gear with the embedded magnet. it’s a pretty interesting system and since high accuracy is more favorable than low friction it makes sense why they did what they did i suppose 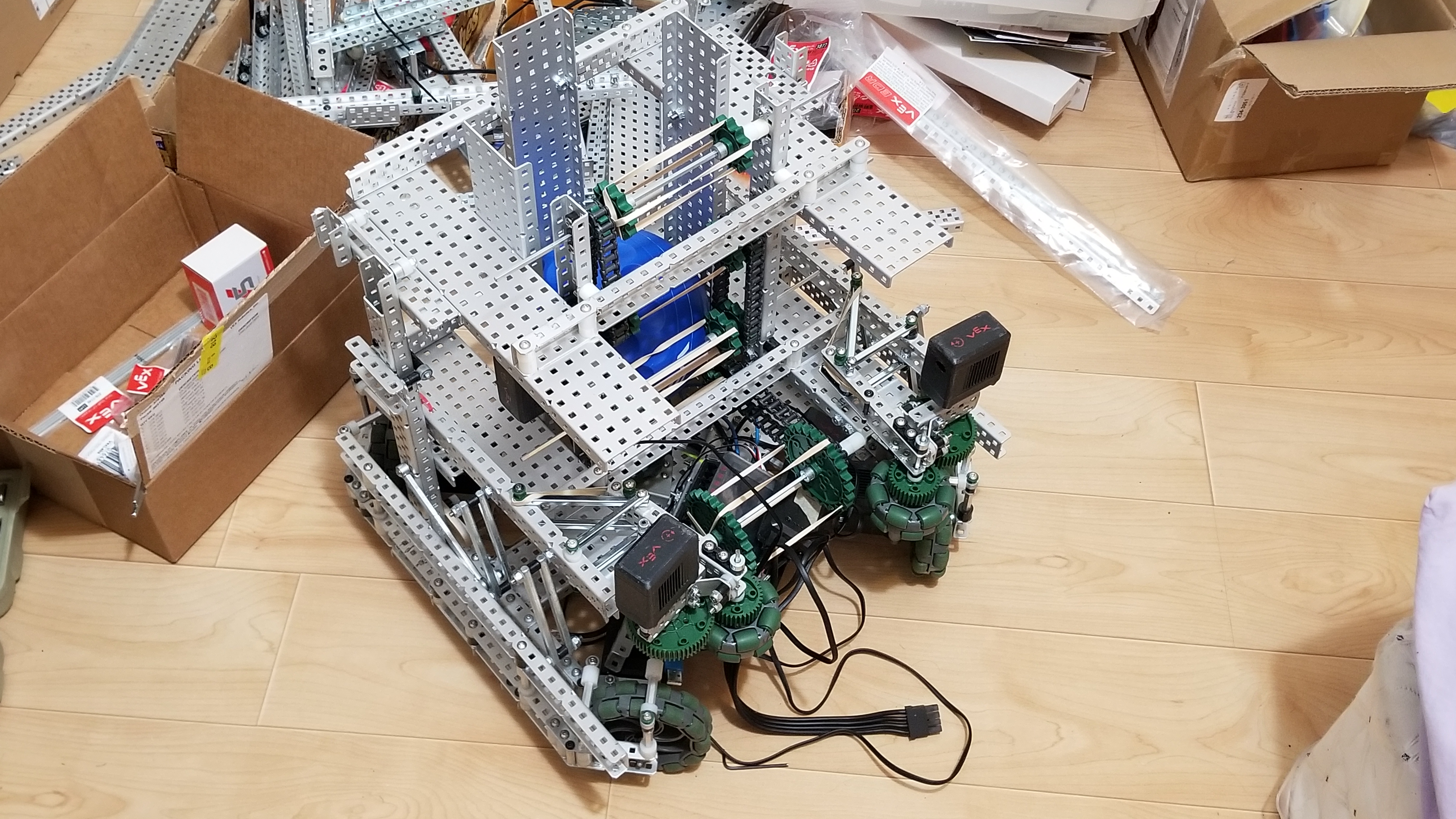 My whole bot is a manufacturing error

You guys scare me with all those 5 wides. And the robot in total

Oh and I would to mention you have the mechanum wheels wrong. The little rollers are all supposed to point to the center of the robot like an X

Nah, it works that way too.

We’ve always built our chassis’ with five-wides. I have no clue why, but we just do.

there’s no question that the accuracy is a massive improvement; its the power losses induced by the gearing that seem like an issue

I was exited for a second because someone used a semicolon correctly, but then I saw its and my hopes were dashed. You were one apostrophe away from winning the prize.