I modified the claw bot controller code to add a second motor. One of the motors makes a funny noise and I can feel it doing something after it’s moved and left to hold position. Here is the code. Any idea what could be causing the funny noise? It sounds like an old school dial up modem though muffled. I did reverse one of the arm motors 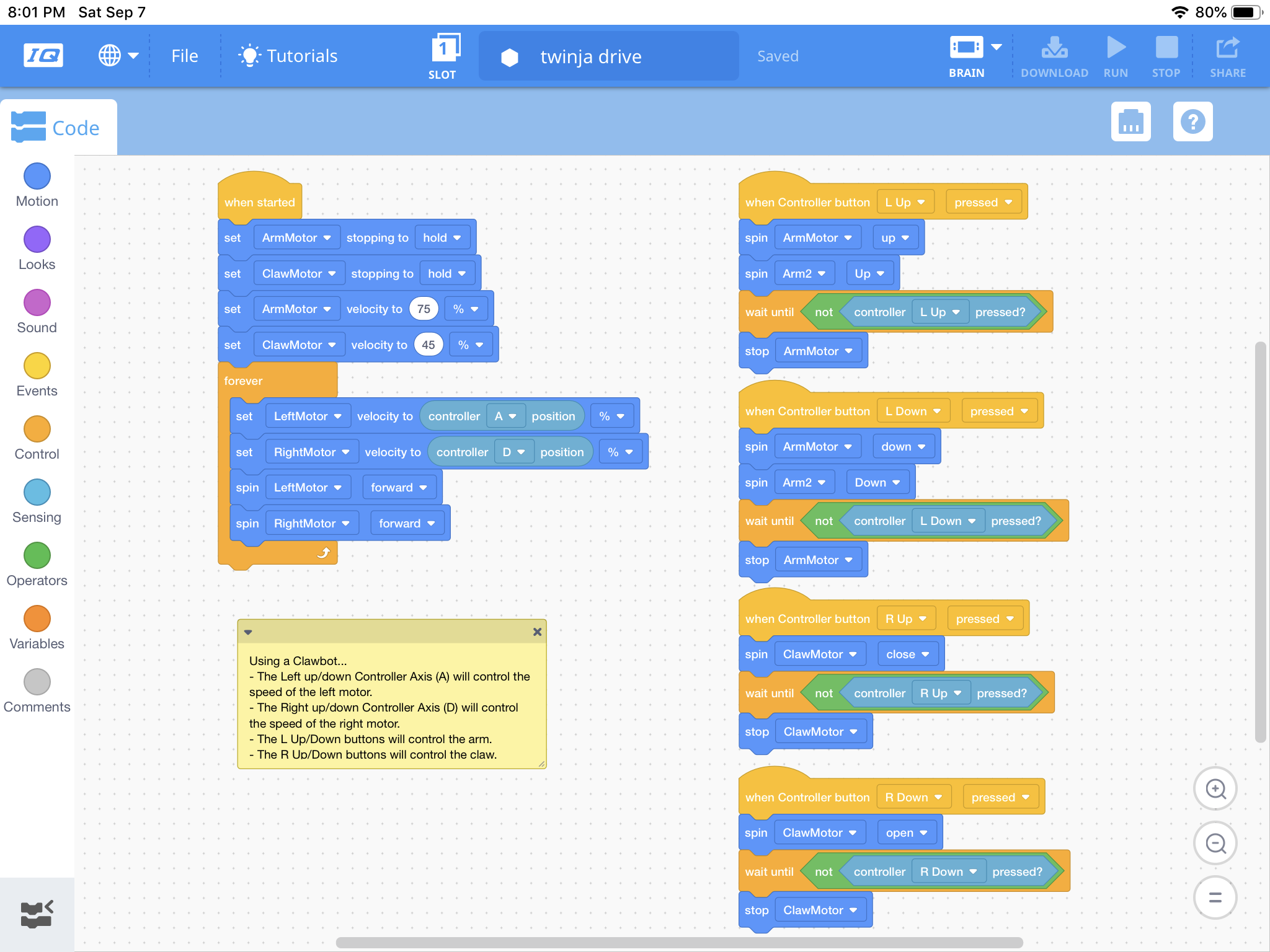 Are the motors working against each other?

RIP lol
Looks like you solved it by yourself! Great job!