I’m a relatively new robotics coach with little programming experience and I need some help assisting a student of mine with his code. Honestly, he is much more capable of coding in Vexcode Pro V5 Text-Based Coding than I am, but he has hit a roadblock.

Here is the code he wrote:

Again, I’ll be honest in stating that he is much more advanced at writing the code than I am (and as a 6th grader at that!). He is also using a Drivetrain.turnFor code, which I am unfamiliar with. When I went to the Robotics training at Carnegie Mellon (3 years ago - and most of that knowledge has faded a bit due to the pandemic), we were coding the drivetrain as individual left and right motors. I thought that might be part of the issue, and recommended he try that route, but he said that would interfere with the internial sensor in some way.

Any assistance at all you can give us in the matter would be greatly appreciated. Thank you in advance!

Make sure the inertial sensor is configured in the drivetrain in motor and sensor setup.

I’ll have him look into that. Would that be causing the drivetrain to spin indefinitely rather than 90 degrees? 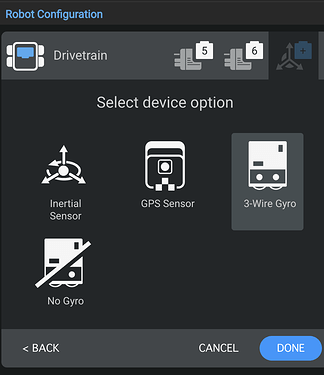 Here in drivetrain settings you need to add the inertial sensor.

I believe he has done this already. I took a look at the motor configuration and this is what I found: 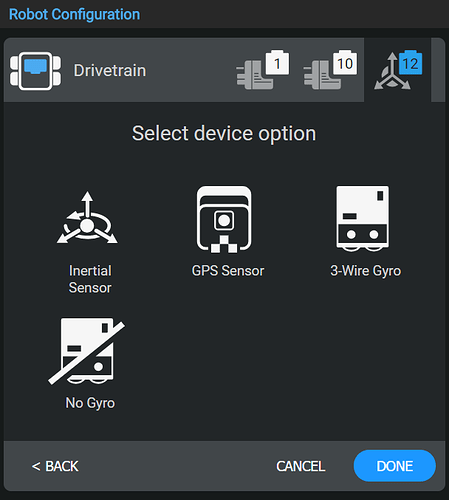 Does the robot stop if the button is let go?

It does not, just moves indefinitely after 1 button press and immediate release.

I’ll have him give that a shot.

I proposed that, but he was resistant to joining the forum. He is only is 6th grade, so I didn’t really push him. I told him I would try to figure it out, but after trying a couple things I’m still at a loss.

Is the robot turning clockwise ? (to the right) If it is turning counter-clockwise then drivetrain motors are configured incorrectly.

It is turning clockwise (to the right).

That sounds like it could be it. I’ll have it give it a shot.

Thank you for all the tips! I’m going to pass these along to him at our next meeting.