Hi, whenever I used the example code from vex to turn right it never works. I found some other code from another thread but that also gives me issues. My team is running an x drive can someone help me out. I have attached a picture 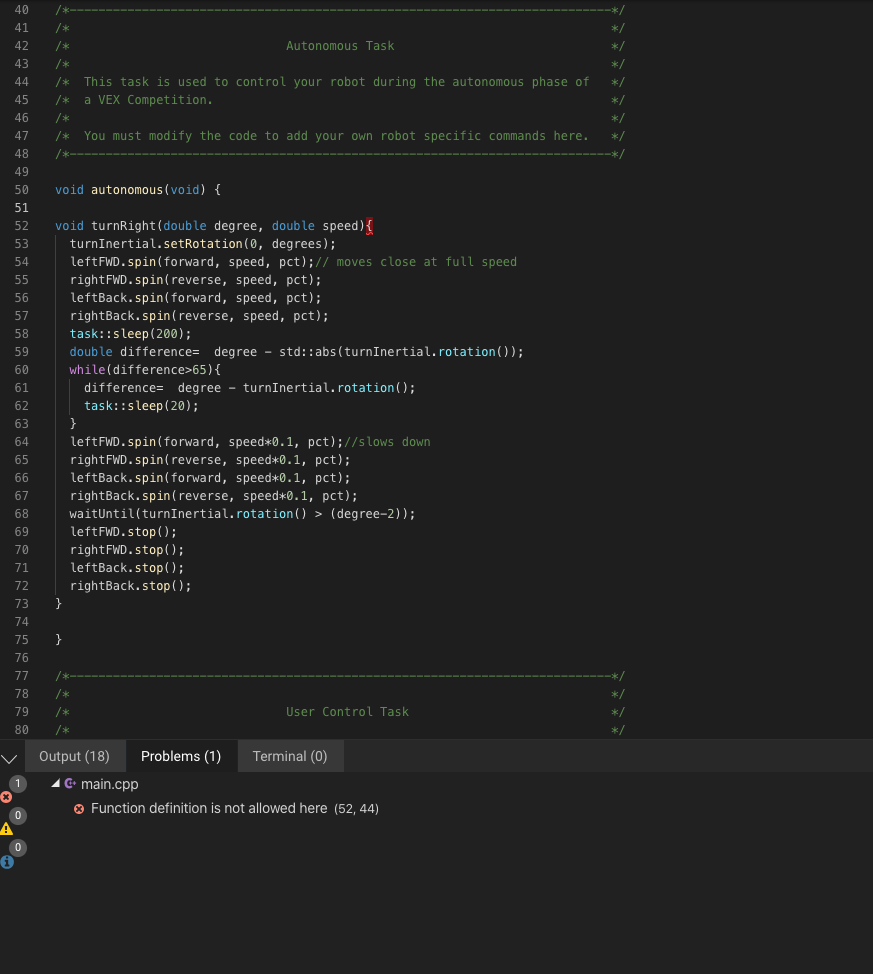 of my code and the problem

Yeah so it seems like you can’t identify a function inside the autonomous section. My advice would be to take it out and stick it above the void autonomous(void){} function and call it and see if that works.

That’s not true at all. The competition template acts just like any other project you can define variables and functions outside of the autonomous function and they will work if done correctly.

is it just my motors?

When tackling a programming problem, a common first step is to write out the steps you think are necessary to solve the problem. This is not intended to be done in the programming code, but should be more human readable. Something like:

Since you seem new to programming, try this out. Also, take some time and learn the basics of C++ from a site such as: https://www.learncpp.com/ or YouTube videos.

Vex Code comes with many basic Tutorial/Example programs. Learn from those for specific ways to use the Vex API.

Once you have these under your belt, you should have no trouble writing a function to turn the robot to the right.

Later, you’ll want to be able to turn to the left. Some people make 2 functions - one for left, one for right, while other’s have a single function that can turn in either direction. Think about which style makes the most sense for you. Think about why you would chose one approach over the other.

By //stuff here, I mean all the commands inside the turning function you already have. I didn’t want to copy it all down from the image you attached, which is why I subbed it with //stuff here.