Just in time for the holidays, we’ve got some exciting “New” Products for VEX IQ Users. We’ve created a total of 47 new colored part assortments!

While these assortments consist of pre-existing kits, they are being bundled together and sold at a significant discount. They can be found at the following links:

Kit contents for these assortments can be found on their respective pages.

Note that you do not have to buy the same color, or even the same assortment to receive this additional discount, so feel free to mix and match! For example, you could buy (1x) Red Beam Assortment, (1x) Black Connector Assortment and (1x) White Plate Assortment, and still get them all for $99.99.

From all of us at VEX, be safe, and happy holidays!

Thanks for the discount for bulk setups, team looking for solidify color schemes will be excited.

Does this mean my bagged collection of “odds and sods” of cool parts from the vex hexbug line will appear in the 1Q rollout?

Along with bags of Astro people to add to our drivers? And how is the new science team members coming? Women in STE(A)M is a pretty big thing.

Lastly, now that I have Lego/ Tyco mechanum wheels working, will you make the Adafruit SKU legal or start shipping your own?

Epic, now all we need are official anodized parts for VRC…

The aluminum is already clear anodized, so vex just needs to just offer some choices of color.
There’s half a dozen possibilities that would be easy, and black anodized generally doesn’t cost any more than clear anodized to a manufacturer.

The aluminum is already clear anodized, 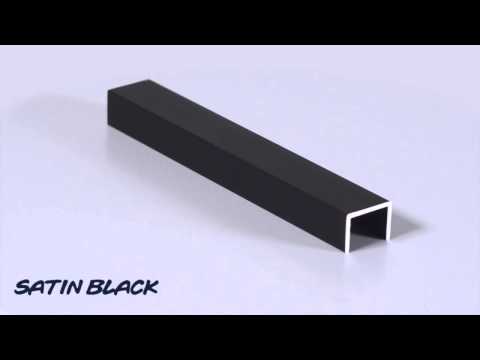 And how is the new science team members coming? Women in STE(A)M is a pretty big thing.

Aluminum does indeed form a natural oxide layer, which gives aluminum its inherent corrosion resistance, unlike steel which oxidizes to a loose red oxide we call rust. The natural occurring aluminum oxide layer, however, is quite thin and scratches easily; therefore, nearly every consumer product from aluminum is anodized either clear or colored.

I love how the thread turned from announcement of new VEX IQ plastic parts into the discussion of anodized aluminum in a matter of a few posts!

If you google how to test if aluminum is anodized, you will learn that the simplest method is to use multi-meter to test for conductivity.

Aluminum oxide is a good insulator and if process of anodizing makes a thick layer of oxide - that will create very large electric resistance.

On top is a really old 5-wide c-channel piece that is, probably, 10 years old. VEX must have changed manufacturing process process and likely the type of material. You can see that it has more rounded holes and darker color.

Below it is a piece of 2-wide c-channel that had seen a lot of beating during the last few seasons.

And on the bottom is a new 3-wide that was recently pulled from the sealed package.

Also, there are two standoffs: an old 6" that had seen better times and a new 5" that was just unsealed. 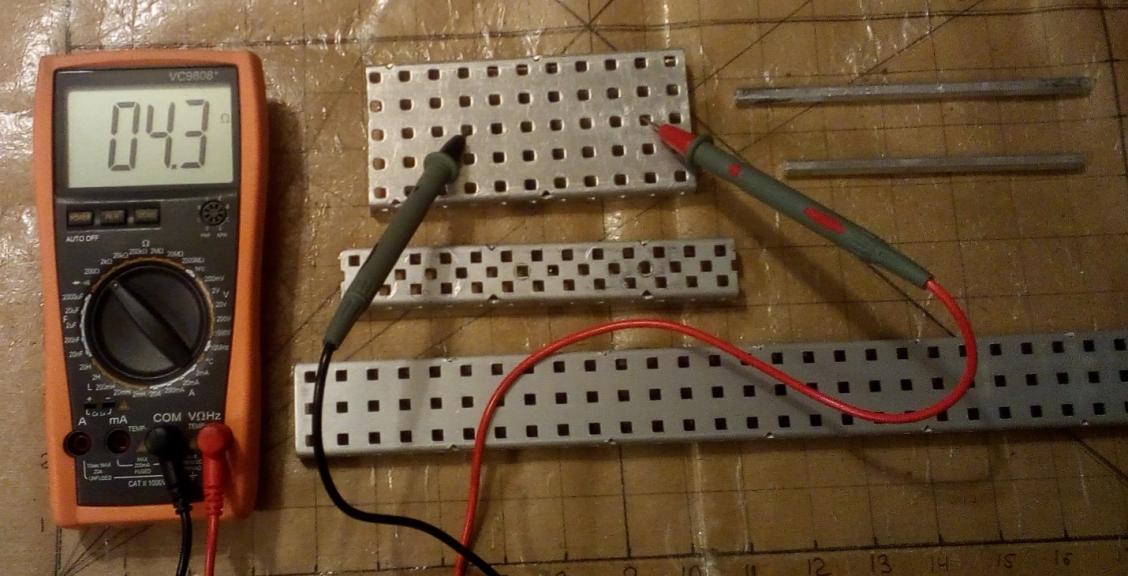 The old 5-wide piece, as well as both standoffs, had the resistance (both on the flat surface and in the holes) on the order of single to double digit ohms if you just gently push the probes and then leave them laying under their own weight.

After some light scratching the resistance would instantly drop to <0.1Ω, which indicates to me that those parts must be only protected by the very thin layer of naturally formed aluminum oxide.

The 2-wide and 3-wide, however, had different measurements.

If you gently touch their surface with the round side of the probes they were giving resistance beyond 20 MΩ range of this meter.

The flat surface would read <0.1Ω only after extensive scratching with the sharp tip.

The deeply scarred parts of the 2-wide, however, would drop to a single digit ohms as soon as you push the pointy tip of the probe with very little force (down to zero with very little additional force).

Another interesting data point was that compared to flat surfaces, it required very little force on the long edge (where c-channels are cut from each other) and inside the square holes (where the metal is stamped out) to drop resistance to Mega-ohm range and beyond. 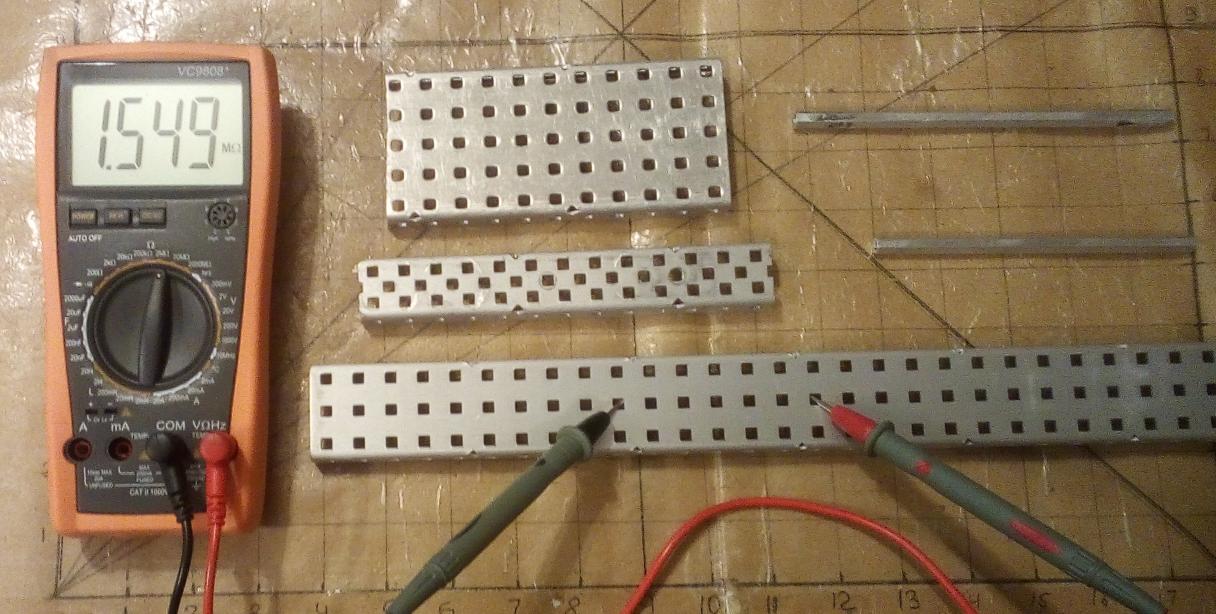 My best guess is that source aluminum sheets for the new c-channels come well anodized and, after they are stamped, cut, and bent the second round of anodizing is much shorter or done with different process that creates much thinner and weaker protective layer.

And how is the new science team members coming? Women in STE(A)M is a pretty big thing.

Santa brought me the Construction set that builds a crane, dozer and backhoe. It comes with construction workers. Hard to tell if the are all men, could be that the woman has her hair up and out of the way

But the good news is they have broken out of the space theme, so science team members may become a real thing. Open-Source, Sanitization Safe, Reusable Face-Shields… made possible by the robotics community. All proceeds from this project will go to medical professionals. VEX Robotics and their collaborative partners are donating thousands of RobotShields...

@Jobe @DRow was there a collaboration between you two for this product?

This has been on the website since April, lol North Texas Robotics Company Making Face Shields For Those On Frontlines Of...