No spaces on naming for VEXCode V5 Text Project

Hello, I work for Robot Revolution and we were just working with one of our students, as we found that having spaces in your naming messes your code with a make process closed with exit code:2.

If the naming of the file includes underscore as spaces most likely you will not run into any make errors. For example:

In this image we can see that we are getting an error, because it does not find anything named “new” in the build folder.

And it makes sense, because there is no file named “new.map” in the build folder, instead we have a file named “new version best versoim.map,” so VEXCode looks for the first word only thinking that the other letters are not part of the naming of the project.

The problem gets fixed once we started using underscore instead of spaces. 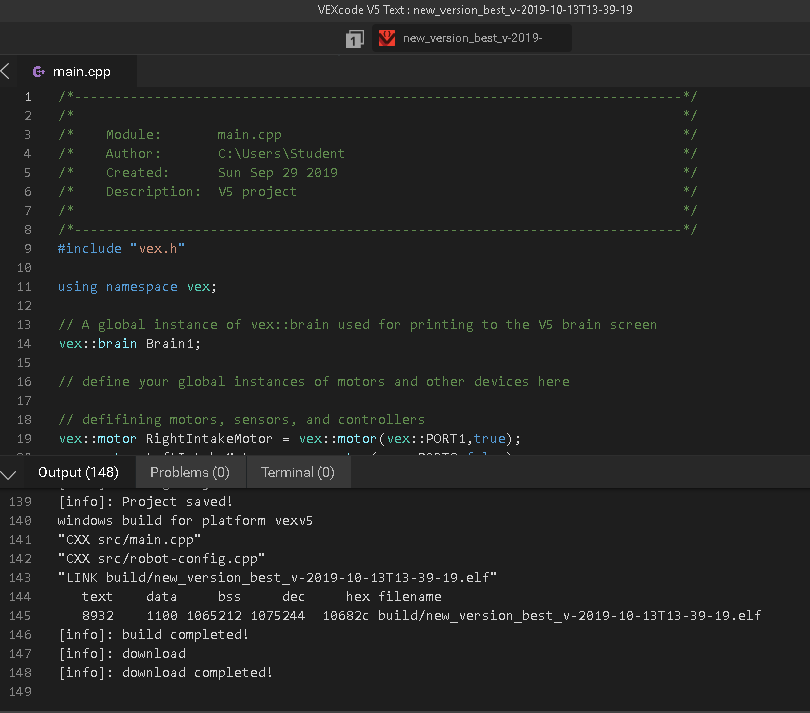 We hope this can help anybody having issues with their code.

What if you were to type

I recall that in Windows terminal “” will allow you to type file names with spaces, not sure if it works for vex as well.

No we didn’t forget, in the build files you will see things like this, but it was more to deal with paths that may have spaces than the actual project name.

but make does not handle filenames with spaces very well at all, and it looks like we would need to fix the final linking stage to handle this properly.

VEXcode also inhibits creating project names with spaces because we know they are problematic, so the only way to have created a project with this issue is manually editing the project name afterwards,

Thanks a lot for your response! Very informative.