Octagon base for demo of holonomic drive system

Over in EDR land, I have a demo robot that has an octagon shape and uses a holonomic drive. The four wheels are on four sides with a blank side between them. This lets me show the difference between a holonomic X drive and an + drive. The visual isn’t quite as good with a square shaped robot as it is with an octagon.

I’m trying to make a little version out of IQ and I’m not making any progress. I’m stuck at trying to get 45 degree corners to work. I’ve even scavenged through my hexbug parts for out of the box ideas.

I though I’d reach out to you for a suggestion, there are lots of prolific builders here. Any ideas?

The 90 degree beams look idea on paper but they have odd hole spacing on the middle part (essentially where you want your hub). I’d just use 2 45 degree beams at the top, two at the bottom and put one of these fellas for the hub:

Will try to snapCAD later. 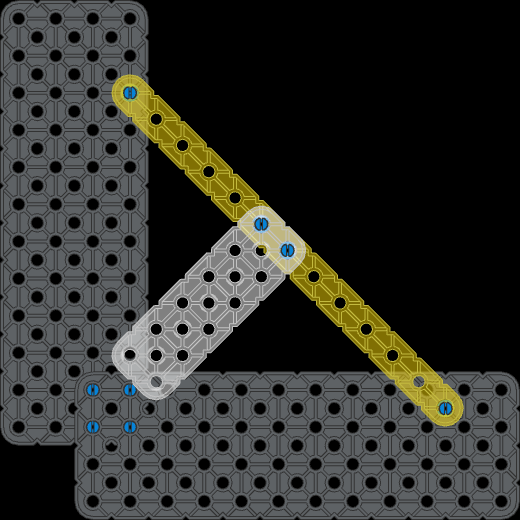 Here’s something I’ve done for this type of thing 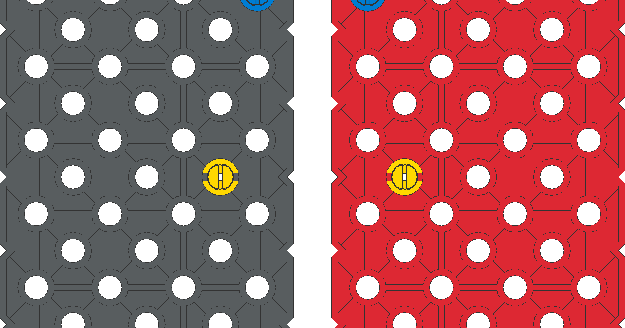 VEX Angles Creating a 22.62 degree angle While building R2-IQ, I found the need to create different angles.  One way to do that is to ...

Bit like this, can be made any size by increasing the lengths between the pairs of 45 degree angles holding the hubs.
Edit to add, also would also need supports on the longer sides. 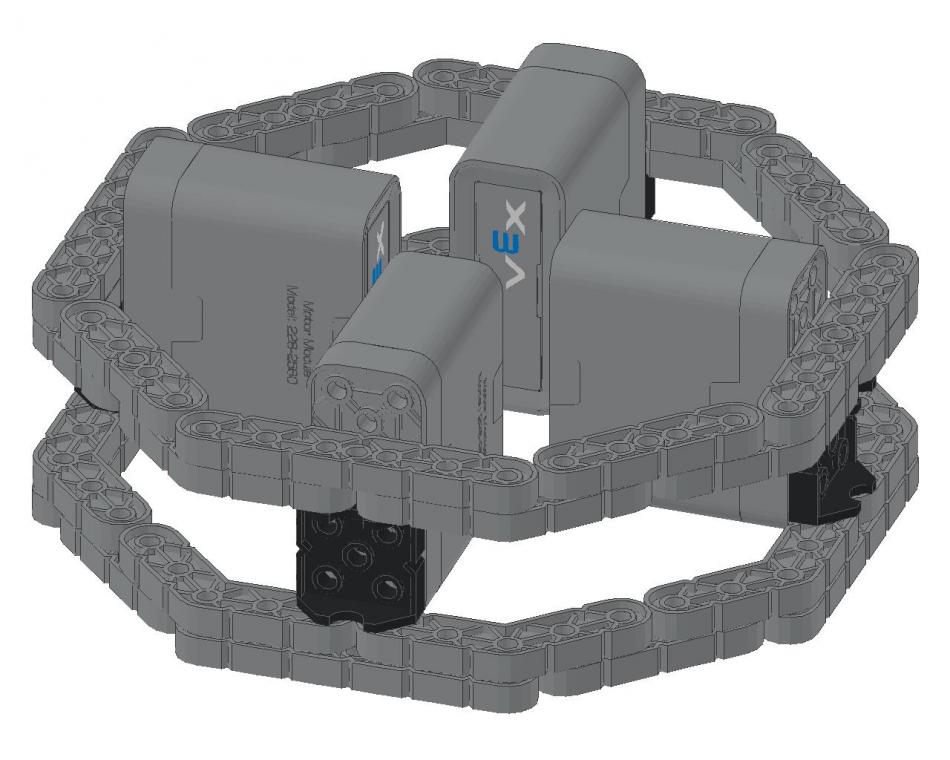 I was trying to build with plates. Thanks for the different direction!