Is it worth it to make an octocanum (Four drive pods each driven by a motor consisting of a mecanum and a traction wheel where pneumatic cylinders are used to swap between the two wheels in each drive pod.) drive because there is no pneumatic penalty? The mecanums would be helpful for shooting and traction wheels might help in the endgame. It appears that no one has ever made an octocanum/butterfly(octocanum with omni-wheels instead of mecanum wheels) drive, but it would be pretty cool though.

You should do a swirly-do drive instead.

There’s a good reason for that. Don’t waste your time on overcomplicated mechanisms that might be slightly more useful than the norm. 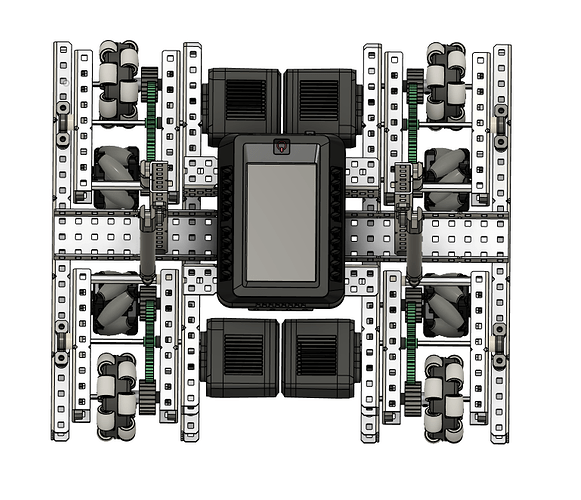 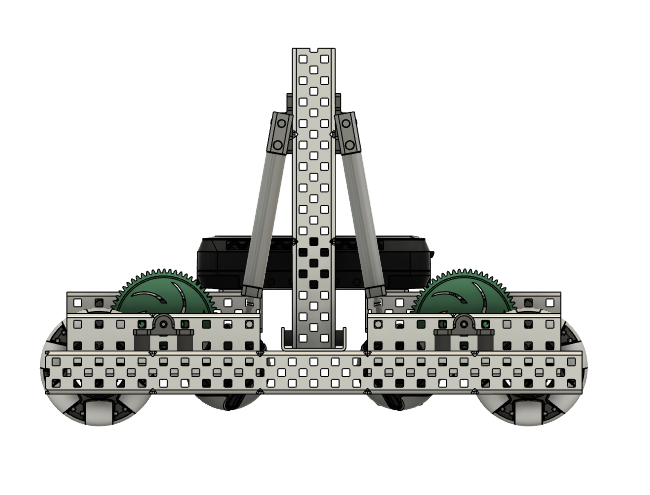 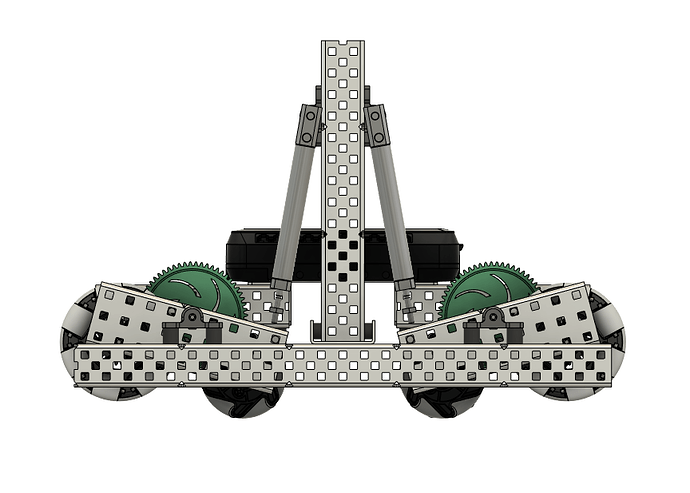 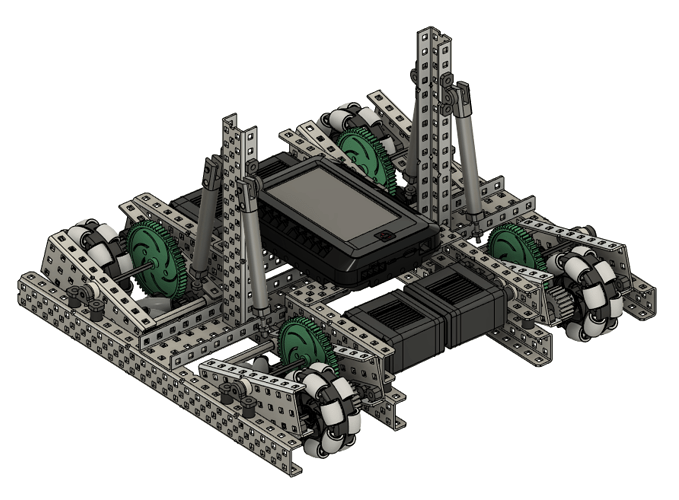 Coming from someone that designed a butterfly drive for fun, do not do this. It makes no sense for the small scale of VRC. It takes up a lot of space, weight, and complexity.
The only reason it is a thing is from FRC, and it is still arguably a worse drivetrain than a standard non-holonomic tank drive.

Also, your name conventions are really obscure, I’m willing to say that 99% of forum users won’t know what you’re talking about at all.

Octanum drive is the usual name it’s referred to by in FRC.

Fair enough, but it is obscure by vex competitor standards. I’ve never heard of the term either.

It looks cool from the cad that Tades posted. However I find this idea just not good. Honestly, just one or the other is fine, this won’t do very well. One problem I see with it is just the sheer design complexity, and how it barely compensates for that with benefits. I mean, turrets are quite complex and are going to need a ton of think tanking to be able to make work, however the benefits, in many teams opinions, outweigh the costs if it works. So it balances out and is a valid design decision. However, Octonaum drive… the only benefit is being able to switch from a speed to a torque ratio (if you change it to do so, and probably just go with omnis or mecanums), which maybe would be useful in a different game like tipping point where torque and speed were both needed, however in spin up it’s just gonna be not worth it. It’s smarter to just orient your strategy around either speed or torque. however even in other future games i wouldn’t do this, it just does not sound like a task that’s worth it. Still looks super cool though.

the only benefit is being able to switch from a speed to a torque ratio,

This drive actually switches between a normal tank drive and a mechanism drive. You could alter it to switch between 2 different speed ratios, but this specific example is not set up to do so. This drive can be good when paired with traction wheels which allows for the drive to switch between being able to strafe to it being able to resist forced strafing (defense) from other teams. As you mentioned with the turret, this design does have pros and cons that a team will have to consider, but it is a viable design that could be very competitive if used properly.

octocanum is the correct term for this drive pod set up.

This drive actually switches between a normal tank drive and a mechanism drive. You could alter it to switch between 2 different speed ratios, but this specific example is not set up to do so.

Yes, I just thought that you might as well pick between one or the other type of wheel and then have different ratios. I’ll edit accordingly.

This actually exists, it was made by my hs team a long time ago… only with omni and tank