I have a battery that initially failed to charge (example 4 on https://help.vex.com/article/142-how-to-interpret-error-messages-with-the-v5-battery), but charged correctly after resorting to using the reset button. Afterwards, the initial charge showed the indicator lights working correctly. After the second charge a press of the test button shows a solid green for lights 1 and 3 (with 4 being the one closest to the test button.)

Has anyone seen this pattern? Does anyone know what it might mean? @jpearman

I have already contacted vex support. Their answer (which I find lacking) was:

Actual error messages are usually represented in color red, since the light are green I can say the battery should work just fine.
Please proceed to use the battery as normal.

the internal brain in the battery may be fried and may cause the internal electronics to incorrectly disply battery levels. can you post a pic of the battery display that you can download on the V5 brains. that will help us determane a few internal problems. thank you

Did you try battery medic?

sounds like one or more bad cells. Run the battery medic and lets see what it shows, that’s assuming the battery can power the V5, it may not even be able to do that.

The battery medic icon does not show when I run V5 firmware utility 1.0.7 (which is the current version afaik) 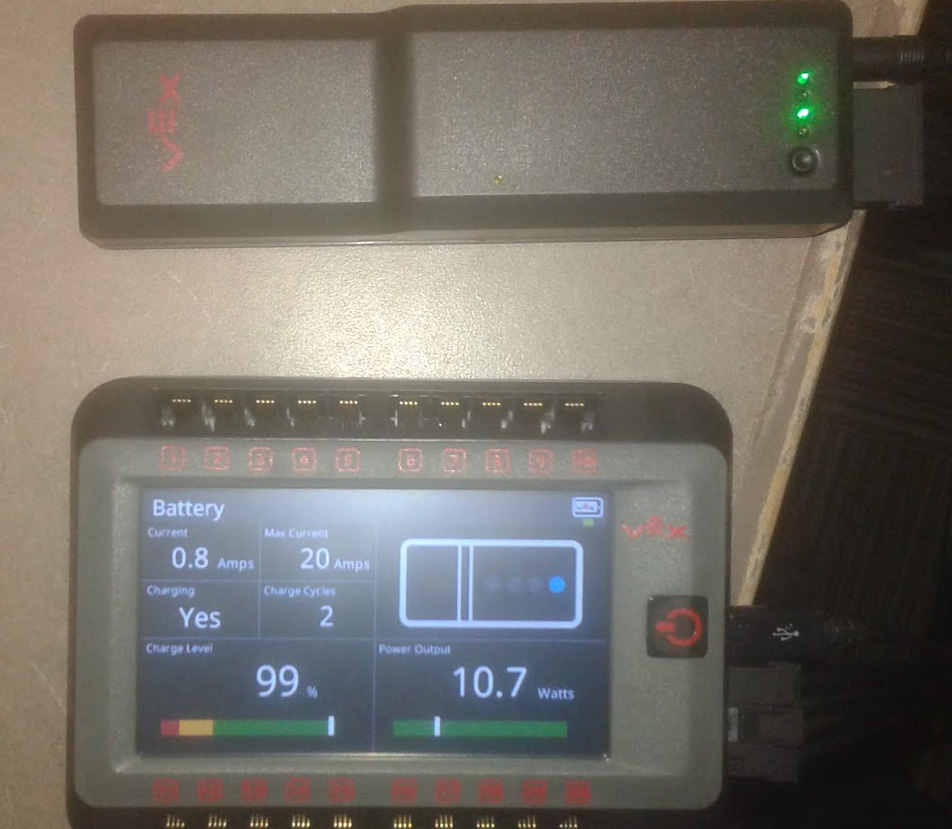 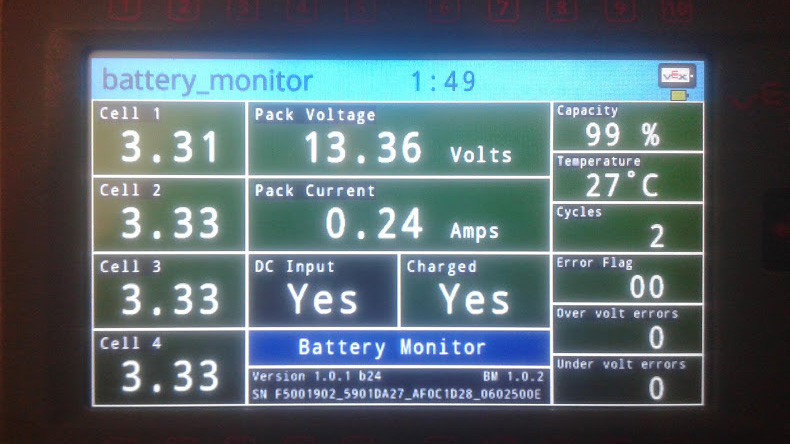 Looks like its ok… but lights are still wrong. While doing this diagnosis, the indicators went to one second red on light 4 and I had to use the reset button to get it back to running.

Was this a new battery ?
can you pull out charger and make sure it’s ok.
Don’t know why the leds are wrong, using the reset button can really confuse the battery, generally not a good thing to do, let it discharge all the way and then recharge.

I have definitely picked up your comments on not using the reset button casually. This is a new battery, and out of the box on first charge it gave the one second red blink on 4 (edit: and would not power a brain.) I let it sit for a week then tried to charge again with the same result… which is why I reset it the first time. I reset it again this time based on that prior experience.

I will try and discharge it with an active brain screen and see if it behaves differently on recharge. As it is, I would not trust it for competition.

Ok, if it’s a new battery, based on the odd led behavior, I would ask vex support to exchange it. It sounds like perhaps the internal electronics are intermittent.