So… my team is currently doing a redesign on our mobile goal lift in order to use an extra pair of motors on our arm. Does anyone have any advice, pictures or anything else that could help me build a one motor mobile goal lift?? I know I need a 1:7 ratio, but I don’t know how a proper lift that is stable throughout its rise and fall.

For reference, here is my current lift : 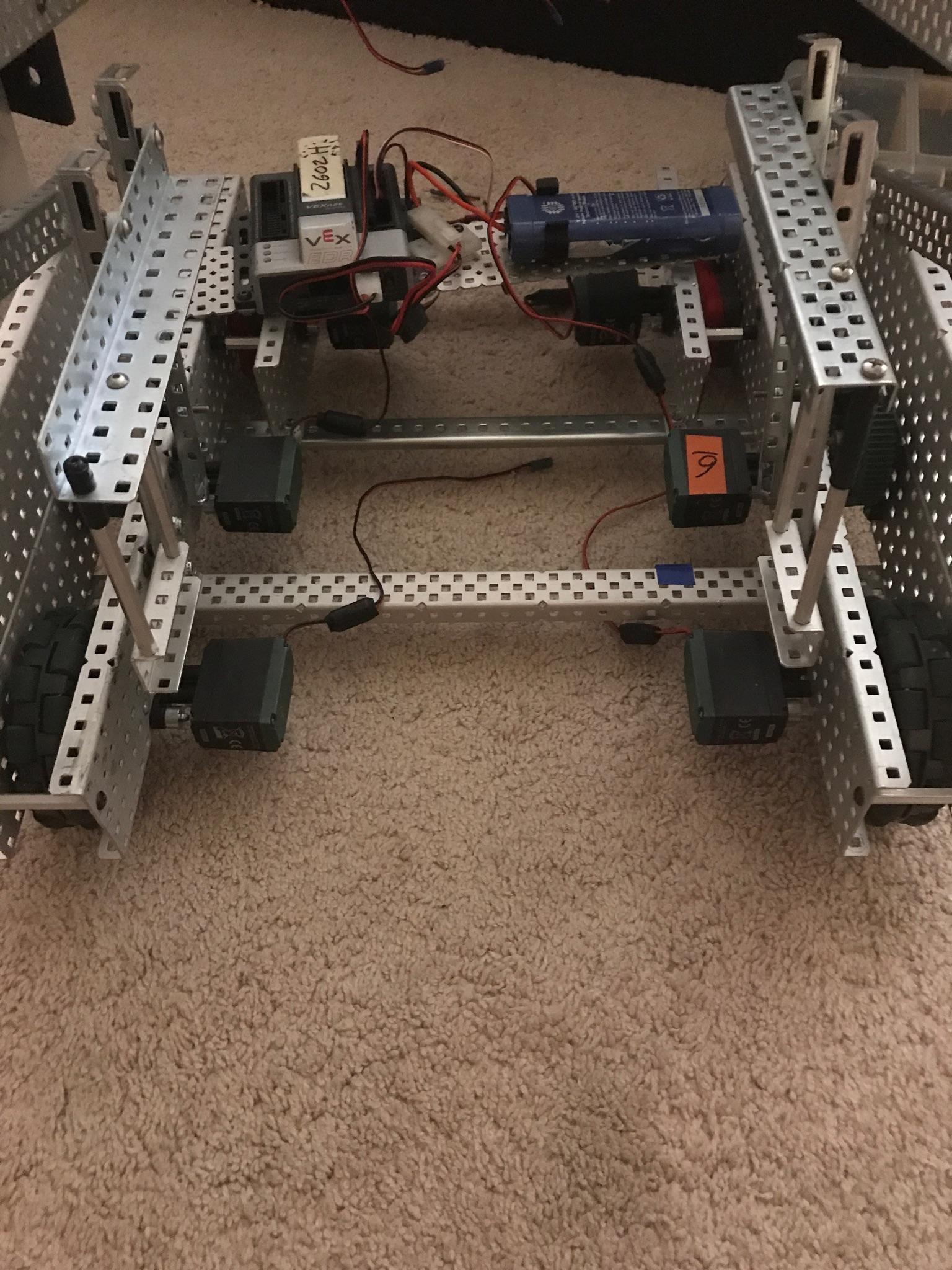 Basically, you use a relatively short arm on an 84-tooth gear, and attach a 12 tooth gear using some kind of frame. Place this in the center of your robot, with a motor on the 12 tooth gear. Then, add your lift attached to two short bars at the front, and attach the back to your original frame. Kind of complicated, but you will understand eventually.

If you want to do a one motor mobile goal intake then you could make a lever system. Basically, just make a 4-bar with the range of motion you want with screw joints. Connect the 2 sides with a bar on the top. Then, you can make a standoff joint with the bar on top and a c-channel on a gear bot or directly to the gear in the gearbox. This makes a basic lever system in which when the gearbox moves the standoff (Acting as the lever) which in turn moves the 4-bar. It’s fairly simple to make and works fairly well. A good example of this system is 9065C’s robot at their Thomas Jefferson tournament.

@NightsRosario That’s pretty similar to what I described, aside from the standoff.

@NightsRosario That’s pretty similar to what I described, aside from the standoff.

I tend to use standoffs for mogo intakes and other things due to the weight saving and the fact that the range of motion in a 4-bar with standoffs is larger than with c-channels. 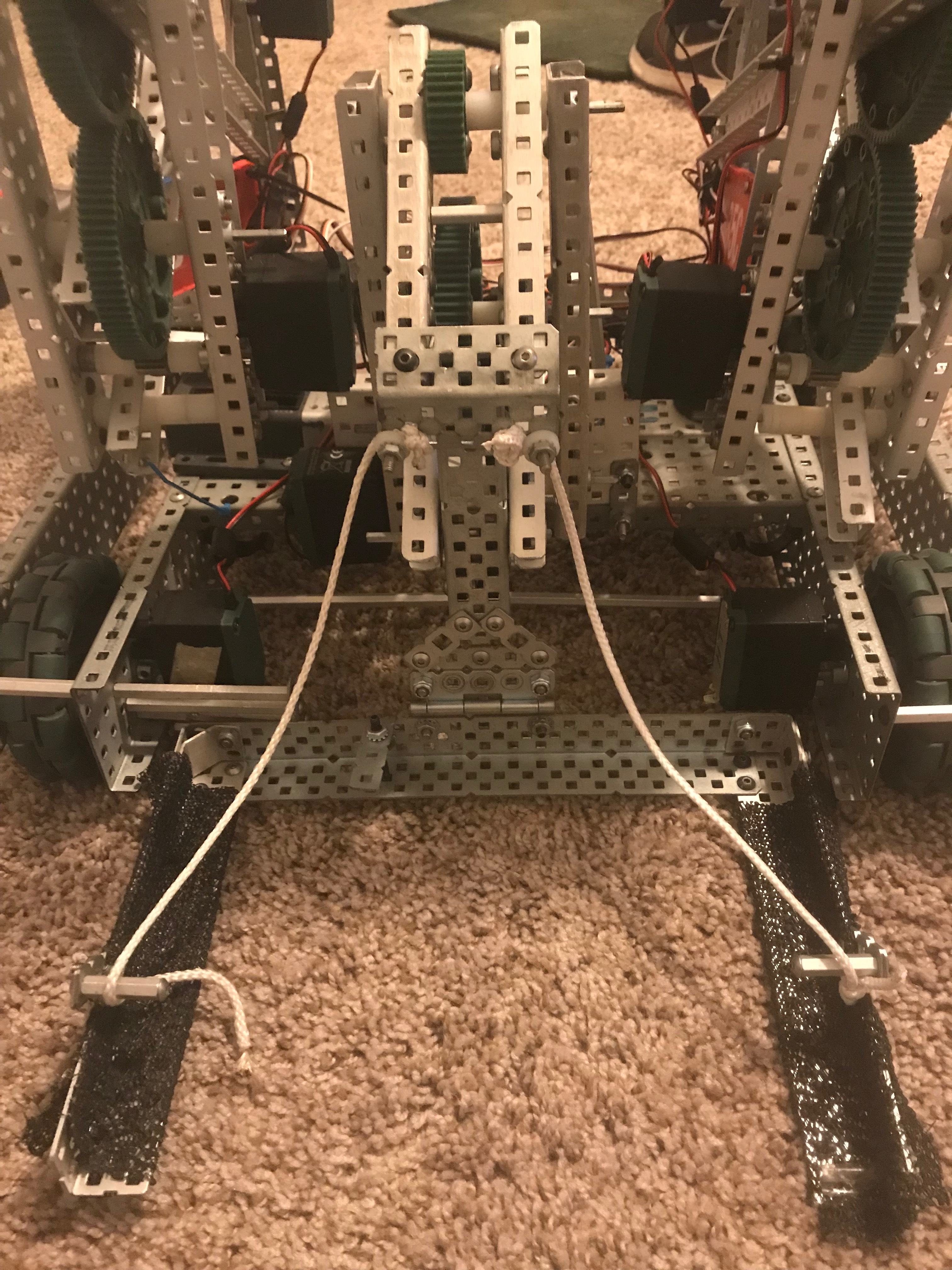 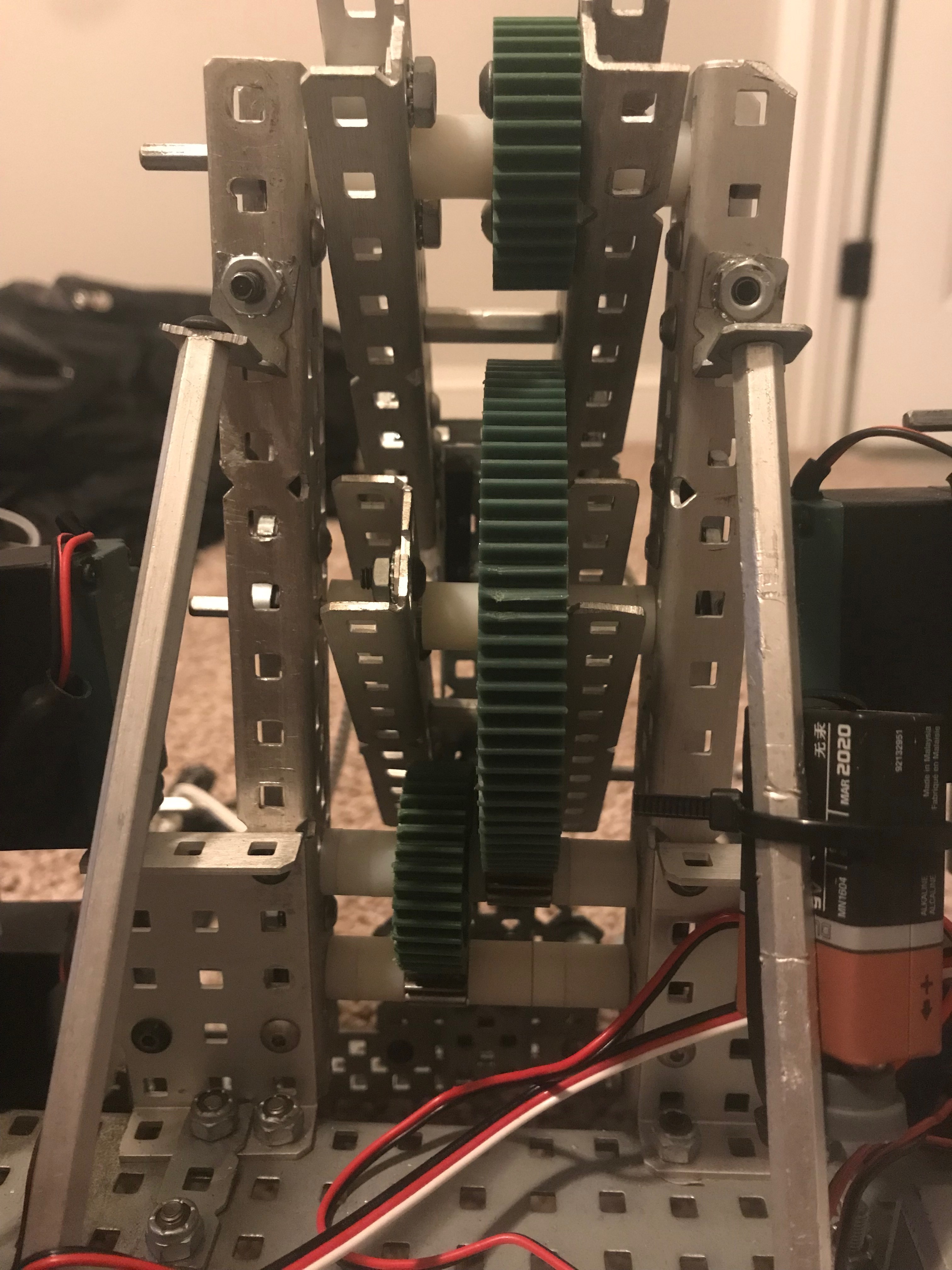 1.) When doing compound ratios, you multiply the ratios whereas you have added them.
2.) That is overkill for a mogo intake. That would take forever and it has unnecessary torque

I done goofed on them calculations. Today we had a competition and we’ve never had any problems with it taking “forever”. In every match we got every mobile goal into the 20/10 point zone with a few cones on top, with the exception of when lost because we didn’t put our second battery on. It started life with just 82:12 and that wasn’t enough so we added the 36:12.

Our two middle school teams are using 1:7 gearing with a 4 bar. It works really well. They are actually planning on going to a 1:5 ratio so they can be a bit faster. Right now, they are getting 104 in driving skills with about 4 seconds left. They hope to increase that by a cone or two.

can say the 7 : 1 on a torque motor works ;however, it is fairly slow. right now I’ve seen a few teams get away with using a 5:1 on one torque motor without rubber bands (which i am currently using).

can say the 7 : 1 on a torque motor works ;however, it is fairly slow. right now I’ve seen a few teams get away with using a 5:1 on one torque motor without rubber bands (which i am currently using).