I am new to P.I.D control and I’m trying to use it to program my robot. I found some some tutorial videos on how to use it but I got stuck at a certain point. 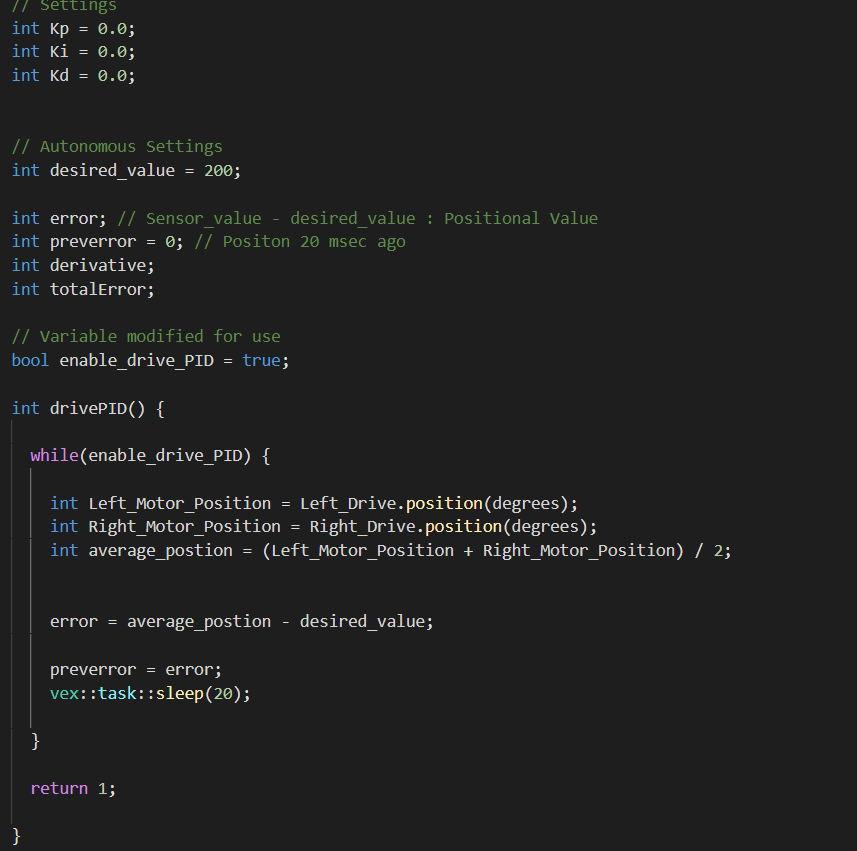 I’m assuming that your PID function is somewhere else. Once you’ve added proportional, integral and derivative, lets say to a variable called power, you would pass power as a parameter in your drive function. Here’s what the end of the pid loop and the drive function would look something like:

Pretty sure op is talking about the baked-in drivetrain function