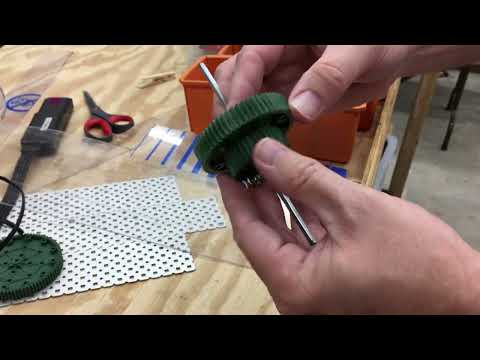 This has been built & tested on the workbench. Real-world feedback appreciated. 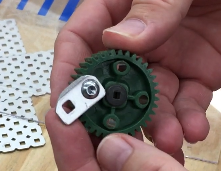 impressive. might have to look into this if we need a ratchet.

Would be super smooth if you used a lathe to enlarge the 60 tooth hole to fit the new ball bearing.

You mentioned in the video that it should work pretty well with a second mechanism for motion in the other direction. I can confirm that it does indeed work well.

Top work! This gets my ‘post of the day’ award.

Nice job on the ratchet, now do it for VIQ!!

send me an iq kit…

Seriously though, the only IQ parts I have are the “vex man” parts and a few pins for the plates.

isnt he touching it? i would like a video of him not touching it so i can see how little friction it has.

I’m not 100% sure, but I think he is just holding down the C-Channel from moving.

Hard to ‘see’ friction when attached to a motor that’s reversing direction. Better way would be to check motor watts, but even that will be exceptionally low due to it being only a standalone mechanism.

Both mine and his are proof of concepts. Take them, build them, understand them, learn from them, and see if you can improve them.

im looking into testing a mechanism like this for our flywheel / intake which of course needs to be ultra low friction so i was wondering is their any easy way to make the ratchet part?

It took <3 mins to make the ratchet. I assume you watched the video? Just take some aluminum, cut it to slightly fit, sand it, bend it sideways a little, and you’re done.

Once you have the cut piece in front of you it should be apparent how it works.

My hand is putting a tiny bit of pressure on the gears. There is a little drag on the gears and the free gear does start to spin a bit if there is not some resistance, but there is very little drag. (It was small enough that I felt that if I added a single driven wheel to each side it would not move.) I’ll try to get a video of it later that shows the drag when I’m back in the robotics room.

There is no way to remove all the drag, but it could be minimized.

Note, I did not use any lubricant.

Also…
Depending on how the gears stop, its possible that both 60T gears spin free when the 36T gear is stationary. This is built so that only the 36T gear in the middle is locked to the axle. When it spins in one direction, inertia (centrifugal force) causes one of the locks to swing out and engage one of the 60T gears. When the 36T spins the other way, this lock returns towards the center and the other lock moves out to engage the 2nd 60T gear. If the 36T gear is not spinning, then it may or may not be engaged with the 60T gears - it basically depends upon orientation, gravity, and dumb luck.

I encourage you to build something similar and experiment. I purposely didn’t show too much detail and just wanted to get the idea out there.

All I did was watch the video and try it. The “hardest” part was checking the fit, filing a touch more and repeating. That prototype took a little over an hour of fiddling around, most of it because my fingers are to big and I was playing with the spacing.

Graphite (pencil lead) is a safe, convenient, easily-contained lubricant that would probably work well for this.

so it uses centrifugal force to engage the ratchet. have you had issues with it not engaging properly?

Graphite (pencil lead) is a safe, convenient, easily-contained lubricant that would probably work well for this.

It sometimes engages quicker than others, but seems to always engage within the first turn… probably within half a turn.

page 43 of the rules… R7.b allows non-aerosol lubricating compounds in extreme moderation. Just don’t coat it so much that it gets on everything.

Yes. And the nice thing about graphite (in the pencil form) is that you can apply it VERY precisely in a layer less than 1/100" thick.