code “will” work this time

I will eat the banana and slingshot the peel.
-Anonymous

“See it’s global warming, they are the cause of our unsuccessful autonomous”

We don’t fix it later

“So no chick-fil-a?”
- My team mate last year crying

It’s easy, just copy the good teams on YouTube
Stop being so neutral and just vote!
We should have done Highwheel (a terrible flywheel design our designer came up with)
So, what rebuild are you on now?
You’re so dumb, I could have done this in ten seconds!
Shatter the competition! (our team name is Shatter Squad. Yes, this is because we broke our bot like 10 times)
It’s fine, we have time, do it on the day!
Sounds like a you problem
Blame VEX, it’s their fault! 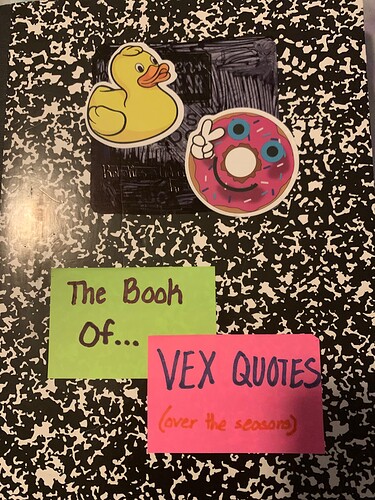 “Ah yes and our robot will blow up Russia” - My teammate

“NOAH YOU FORGOT TO GRAB FERGY”

May I ask what a fergy is and why it’s so critical?

Our jig for autos was named fergalicious; nickname fergy, and we forgot it for a worlds match so someone had to run and grab it 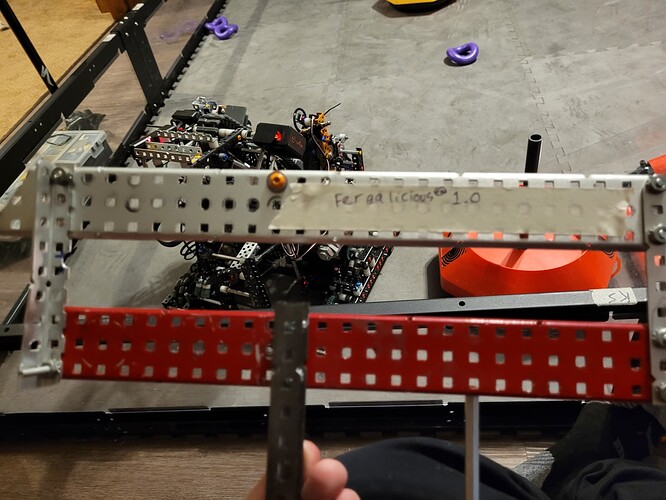 You should hear the clickity scream of a dying ratchet trying it’s very hardest to stop a 7200 rpm flywheel. And don’t worry, it’s not actually that fast. We were just testing.

Edit: the ratchet is actually backwards built, so the screws go up the flat surface of the ratchet and lock on the sloped surface. Yet more things to add to cursed images when I get around to it.

Trying to get some pneumatic tubing to cooperate on the robot “This is your home! Why do you not want to go to your home?”

Me being the only one on my team at a build day having nothing i need “When in the world are you guys going to get here?!” Teammates precede to not show up

From the drive team member who claims he can “see physics”: The science will save us!