To get some parts I wanted, I ordered a Vex IQ competition kit. As I was going through the parts, I noticed there were some tank treads. I was expecting some difficulty with using tank treads, based on some of the comments I read on the forum.

Sure enough, using the treads produced a lot of vibration. I played around some, trying to see if there was a way to reduce the vibration by changing the tread layout. I have attached a couple of pictures that showed what I tried. It seems to me that the smoothest approach would be to have a tread on every link. I wanted to have 40 links, but I did not have that many treads. 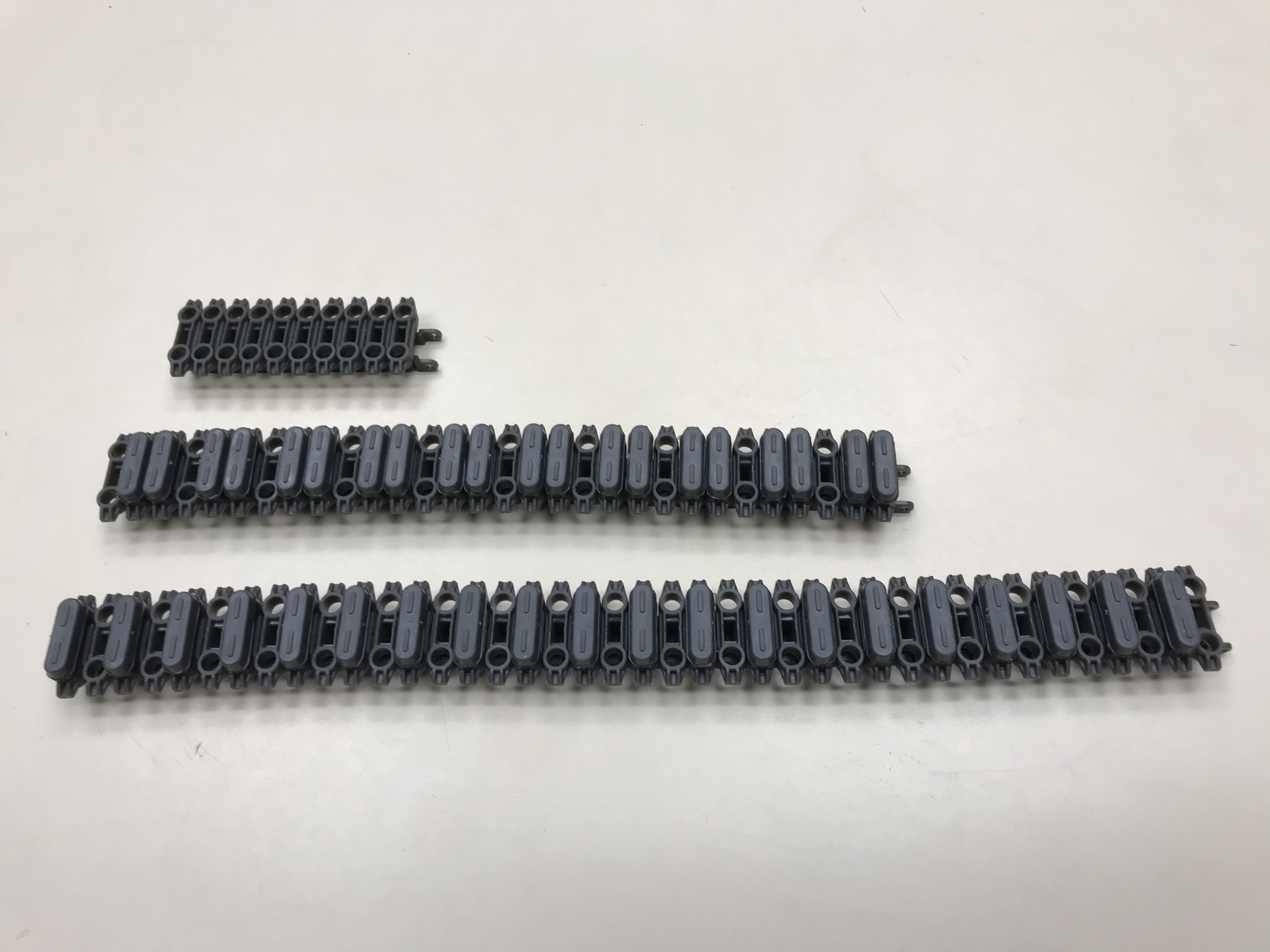 I saw a YouTube video where I guy had a tank climbing stairs. He improved the tread grip by wrapping the treads with rubber bands. So I tried the same thing. Here are a couple of shots of the current effort. The ride it produces is more bouncy than vibrating. I may try some different ways of wrapping the rubber bands to see if I can produce a surface that is more even.

The bot does a good job of climbing over obstacles. I have not tried an incline yet to see how that works. 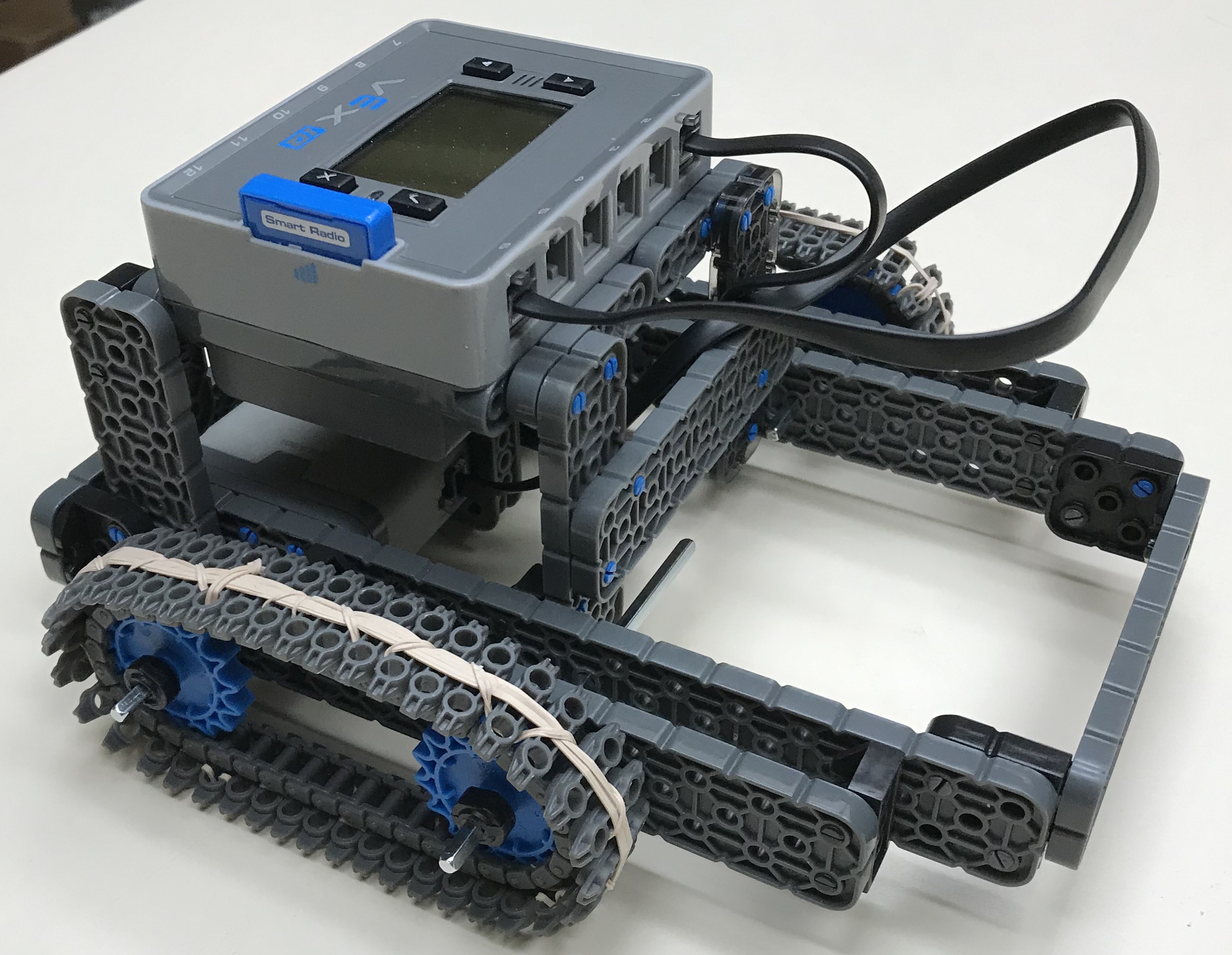 Let me know how it works out if you decide to play with this approach. The rubber bands definitely add some cushioning to the ride.