No. The test of a decoration is if it came off the robot would it function differently?

As much as I would like this to be the case and as much as it makes sense, Most head refs have been saying that all plastic that is not backed by vex-legal material counts towards the limit regardless of “functionality.” for example, if you put large side plates on your robot that were not backed but didn’t go as low as the drive wheels and was otherwise obviously non-functional, this would still count towards the lexan limit.
From what I have heard, this decision is mostly due to this line in R13:

image1011×313 83.4 KB
There are legitimate arguments that it can be interpreted differently, but this has been the ruling at most signature events and will likely be the ruling at worlds. Though I wasn’t able to be there, my team was asked to take off our large decorational side plates at the WPI signature event due to this ruling: 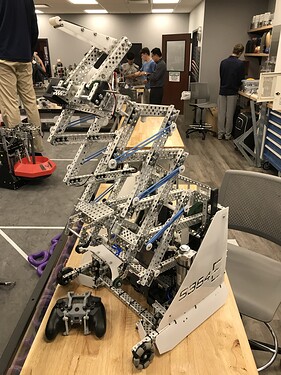 image3024×4032 3.25 MB
(to clear up any confusion, these plates provided negligible structural support as they were mounted by zipties and one screw, and were not intended to hide or protect any sort of mechanism behind them. I used this robot at several events and signature events without any sort of protection in that area, and nothing was ever damaged. They were also separate from the side skirts and weren’t involved in their functionality either. Also, “functionality” is defined as “…do not affect robot performance in any significant way or affect the outcome of the match” (first sentence in R13, emphasis mine). It also says inspectors have the final say in this matter, but it’s implied they are supposed to abide by this logic).

If i had backed these plates prior to the event with perhaps flat plate or even mesh, they would have been legal.
however, things like ziptie-ing stuffed animals to robots is totally legal, and so going by this logic, you could theoretically use non-shattering plastic that is slightly thicker than what is legal, mount it on your robot, and as long as you are able to prove it is nonfunctional, it wont count towards this limit, regardless of if it’s backed or not. I know it seems weird, but it’s how it’s being ruled.

I feel like a referee can find a reasonable argument to show the functionality in those side panels. For instance, a ring could fly into the robot through the sides if those side panels didn’t exist. Additionally they provide protection to the electronics and reservoirs. Even if something of the sort didn’t happen at the event where electronics didn’t get damaged or rings didn’t enter from the sides during the entirety of the event, there is a foreseeable chance where it may actually happen and something like such could impact the result of a match. I feel as though nonfunctional would imply that the chance of it affecting a match is below 1% and that’s probably a generous assumption as the aim is to have 0%. But the scenario you have likely has a >1% probability of being useful in a match, which means there is a reasonable level of functionality.

I feel like it’s not worth risking it at worlds. The lines are extremely long, and to put your robot on the border between competition legal and not is very dangerous when a clock is ticking to get as many people through. Just don’t risk it, especially as worlds it nit-picky with the rules to make the competition as fair as possible.

I agree that you shouldn’t make any unnecessary risks at worlds. That’s why I will be backing any sort of side plate that is out of the lexan limit for my worlds robot. However, in that exact scenario you mentioned,

I feel as though nonfunctional would imply that the chance of it affecting a match is below 1% and that’s probably a generous assumption as the aim is to have 0%. But the scenario you have likely has a >1% probability of being useful in a match, which means there is a reasonable level of functionality.

See, I would argue the opposite; I don’t think those side plates even had a 1% chance of affecting the match. I don’t see someone thinking, “those add significant function to the robot and clearly affect the outcome of the match.” But who cares what I think; the functionality of these is irrelevant if the reason they are being ruled illegal is because of them not being backed, rather than their functionality. It wouldn’t matter either way. They just would have to be backed if taken to worlds. Functional or not. 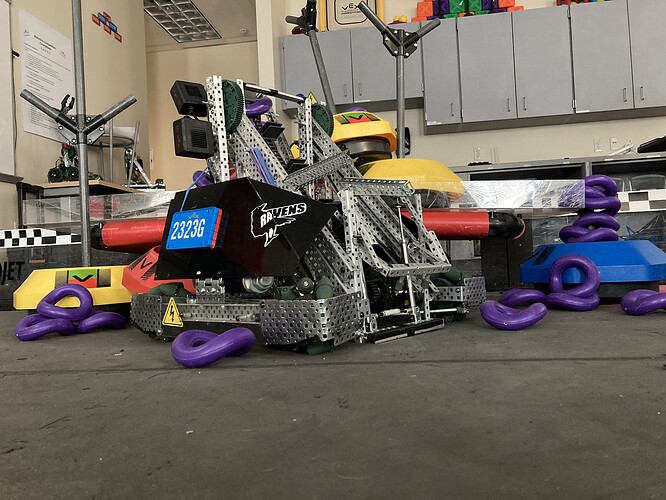 Is the V5 brain visible, keep in mind R24

I think the rule means visible without having to move parts of the robot off to reveal the screen.

Bro I know that robot…

It’s so the refs can see the brain screen to diagnose white screens etc., it needs to be visible as per rule R24

ya that makes since
20 characters