I was just wondering how long power expanders last before they go bad.

I have no idea, but right now our power expander is about 2-3 years old now and they still work. I think that if you take good enough care, they usually can last somewhere in the ballpark of 5-10 years.

If it’s mounted well and the wires are never shorted, it’s practically indestructible. If mounted in an exposed way, you can ruin it in 1-2 matches. Seen it done. When that happens the usual failure is the power wire breaks at the strain relief. Second most likely failure is from plugging/unplugging the battery. Use a battery extension cable and the $5.00 passive device will protectect the $50.00 active device.

A much less common failure is a bad port. If you blow out a port on it, the most likely reason is a short in a 3 conductor cable.

So, mount it well and use a battery extension cable to prevent physical/mechanical failure, make sure your 3 conductor wires are in good shape and it’ll last for many years.

At EC3, this counts as acceptable mounting: 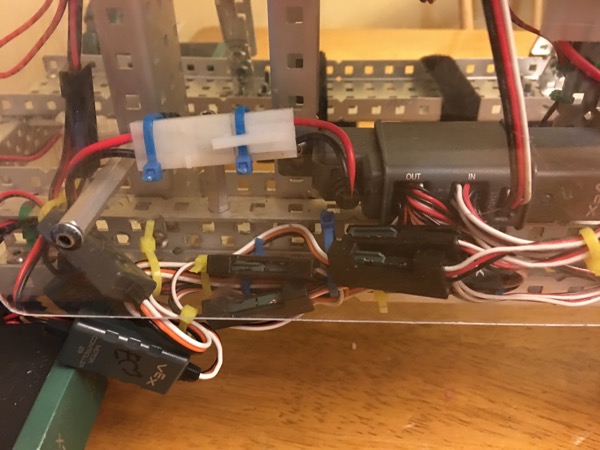 It’s protected by plexiglass, and mounted so that it would be very difficult for anything to reach it from any side. (This is the back view, and in this picture some shielding is not installed on the front.)