Problems and solutions for the Hexbug Pinch

I have built quite a few of the Hexbug kits, and up to now I have been pretty impressed. But I am going to say that I think the Hexbug Pinch design is flawed. One problem is with turning. It also seems to me that operation of the pinch could be improved.

The turning problem is because the design has four driven wheels. Straight forward and backward are ok, but turns only work in the barest sense of the words. The problem is that the wheels drag when you are trying to turn. I can just imagine some child building the kit, then taking it to their parent asking them what they did wrong or wanting the parent to fix the turning problem.

I found two solutions. One is to replace two of the wheels with omnidirectional wheels. I suspect it might raise the cost of the kit, because including the omni wheels might make the kit more expensive.

The other solution is to convert Pinch to a tricycle configuration by removing two wheels, then adding a caster wheel assembly.

Pictures of both follow. It is an amazing improvement, Pinch can now be driven and turned, and works really well. 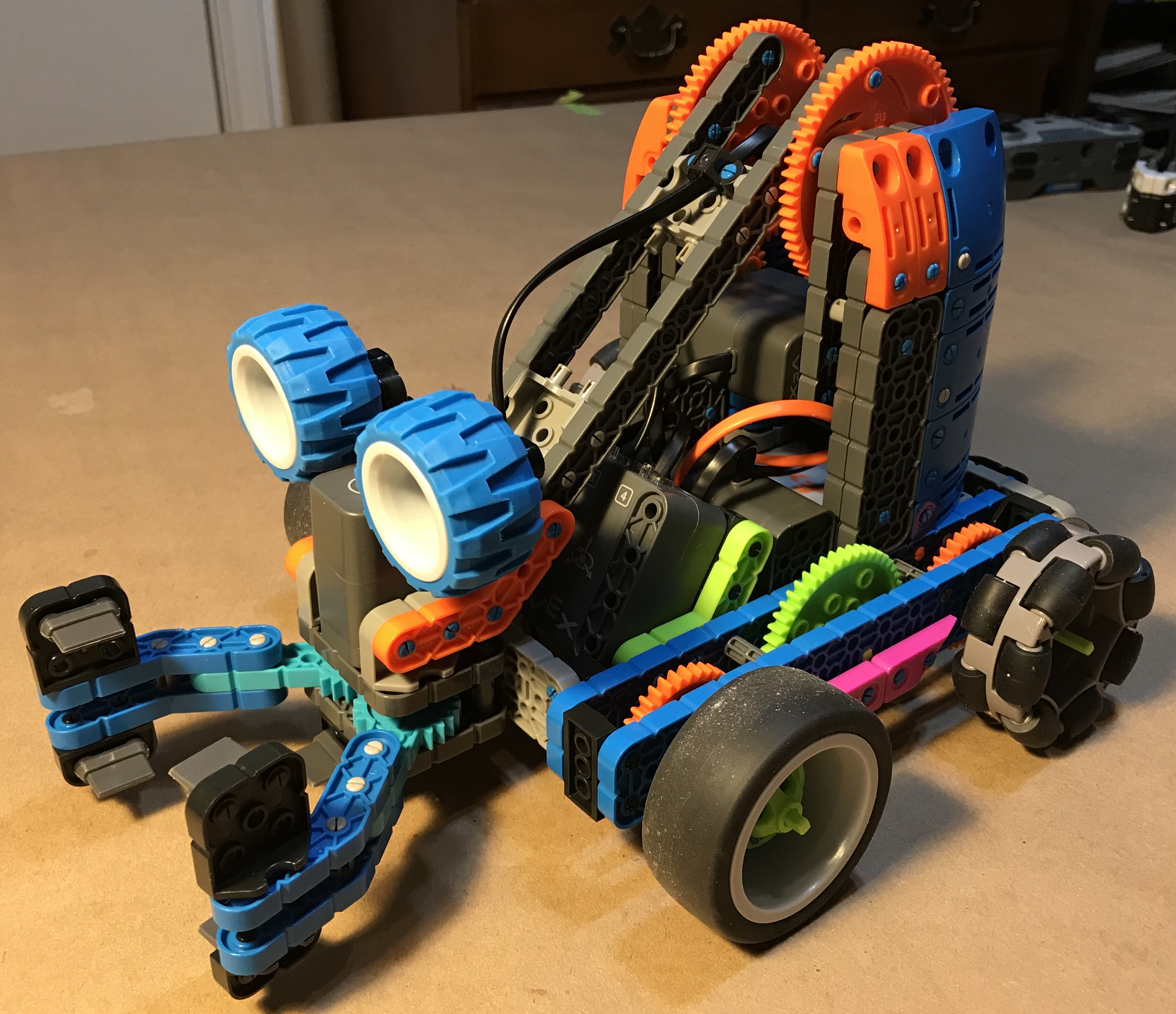 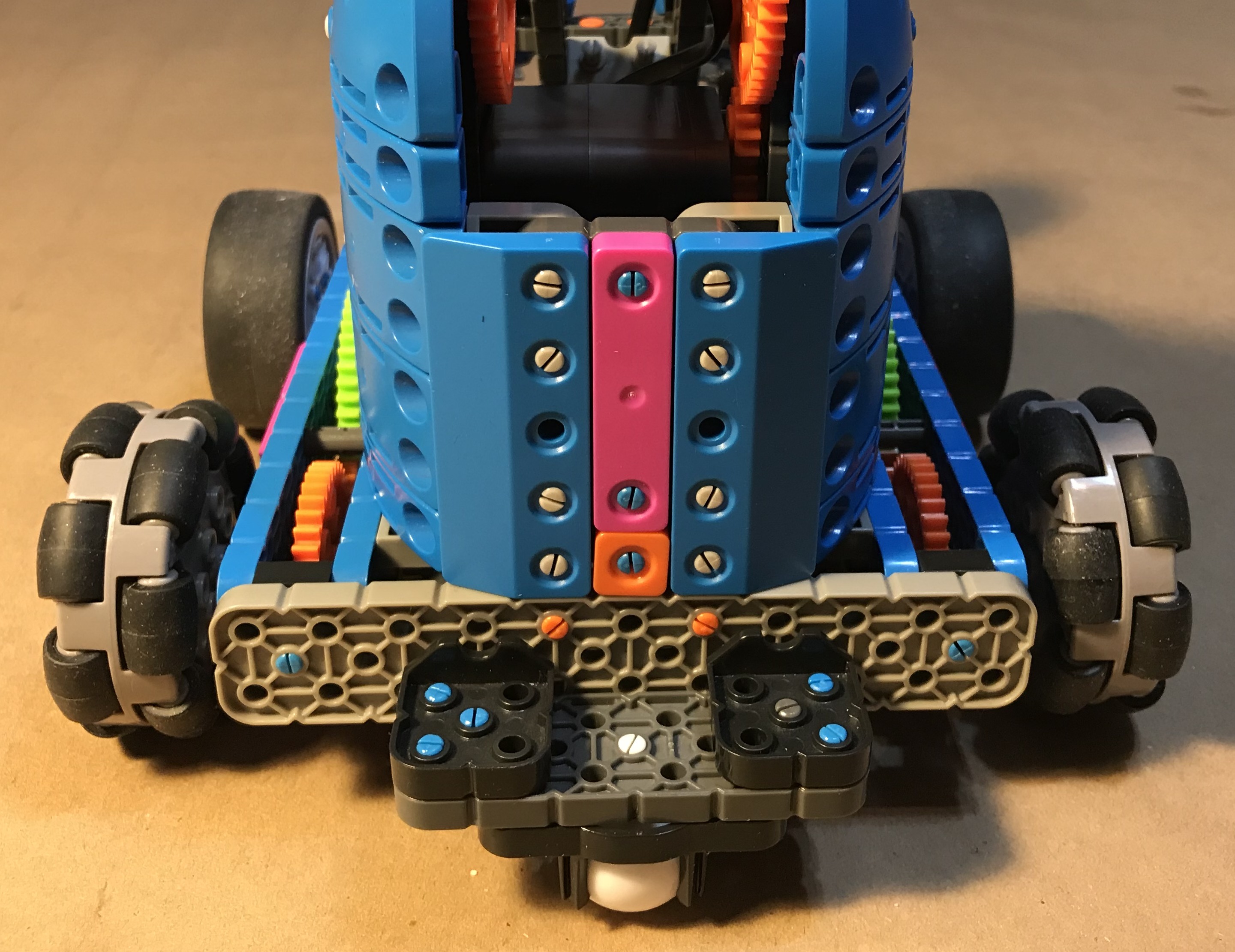 The other thing that could be improved for the design is the operation of the pincher. It is controlled by an on/off switch on the application screen. I think it is a shame to have a motor controlling the pincher, but it is only used for either opening or closing the pinch. I think it would have been much better to add a slider that could open or close the pincher part way.

One might consider converting this design to use Vex IQ control. The problem is that the two drive motors are mounted back to back, and the design would have to be modified quite a bit to accommodate the two Vex IQ motors. I probably won’t attempt the conversion.