I’m trying to do is read hue data from the optical sensor, and the sensor reads out a value of -4194304 no matter which port I plug it into. The real output range for get_hue() is 0 to 359.999. I am fairly certain that my issue is not with the wire, sensor, or port. I have tried multiple ports and wires that I have confirmed work properly (by testing with motors), and I have to optical sensor and both are behaving in the same strange manner. Here is the declaration and printing commands: 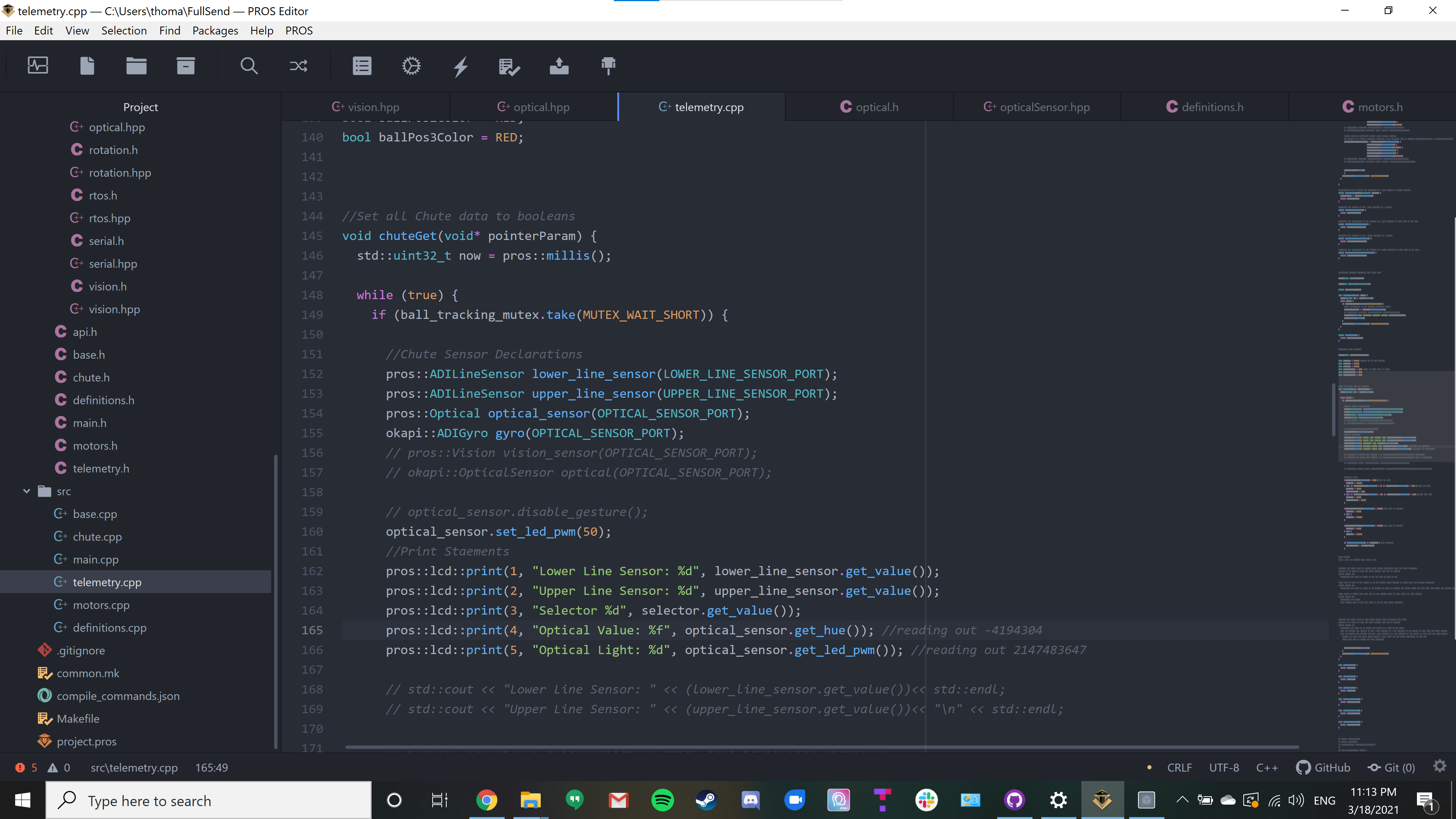 I am also getting cquery errors in the optical sensor pros API. I am not sure if these errors are related to the problem or if the pros debugger acting weird as it often likes to. 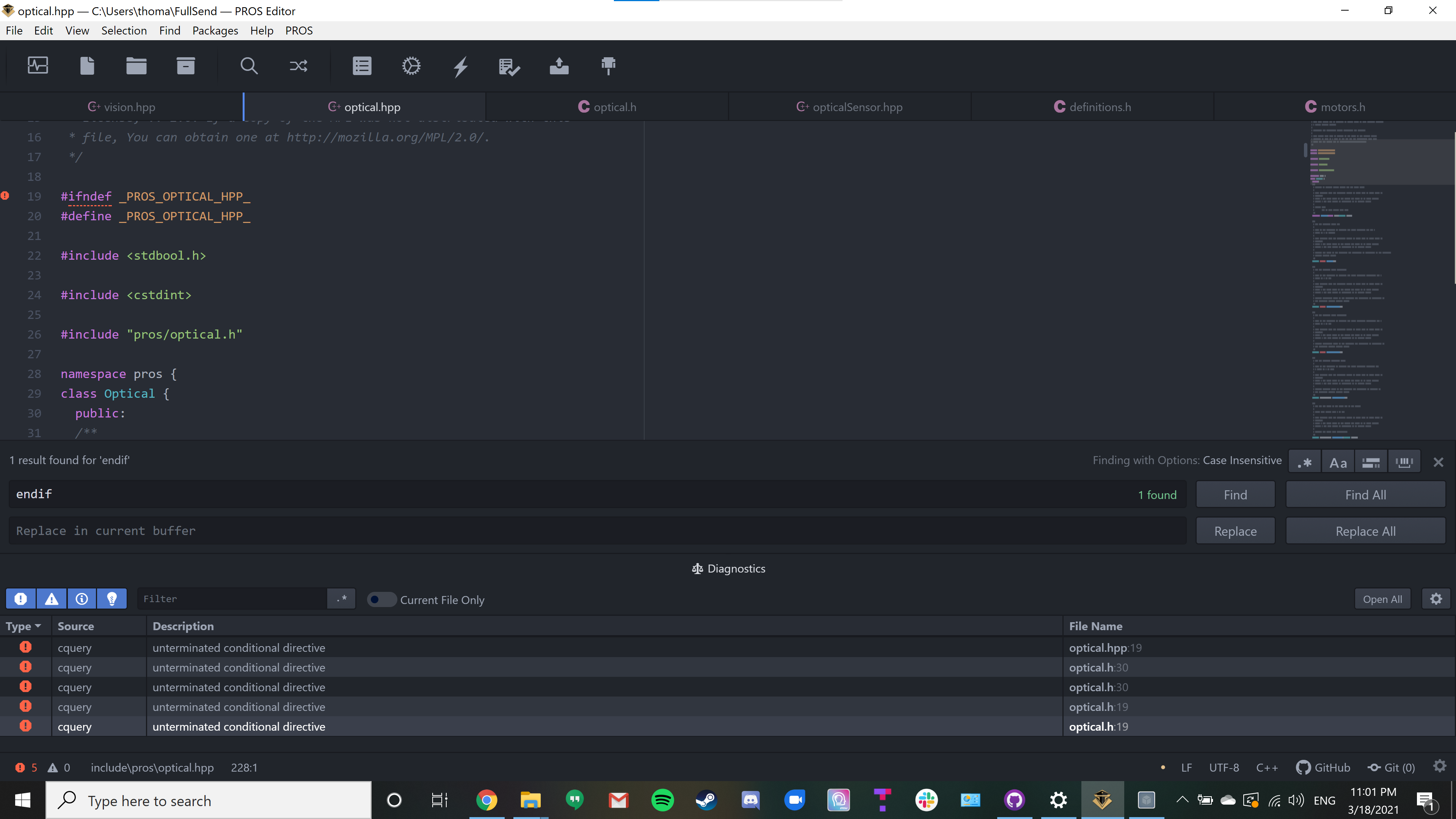 Note from other programmer on team. Firmware is quite out of date(1.0.9). Unsure of when either of us will be back to update and test again.

First things first. That brain firmware was out before the optical sensor was released. It doesn’t document support for the sensor. Try updating that. The random number is likely the brain giving a confused number as a reply.