Are you allowed to push other teams while they are dropping their stacks off? We saw this in a match https://youtu.be/HOzqXMav5dQ 1:47

My take from the thread is that a cube cannot be considered Scored a “Base Cube” until the cube is not being contacted by the robots, and any “Stacked Cube” must contact the top surface of a base cube, which does not count the chamfered edge. The robot was still contacting what would otherwise be considered a Base Cube until this specific frame, from as far as I could see. 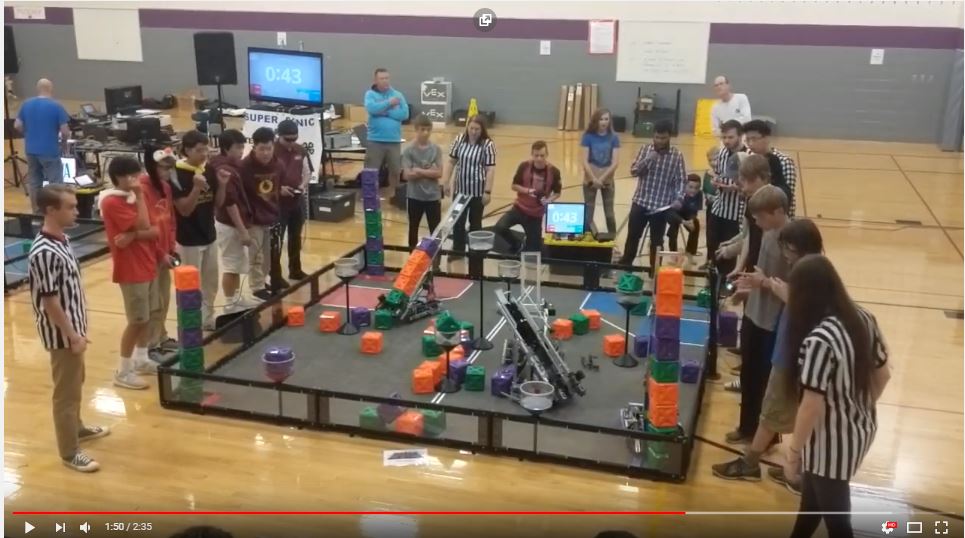 At that point, the cube on the bottom could be considered a Base Cube. However, the cubes above the Base Cube have already started to tilt on the chamfered edge, so since the cubes were not contacting the Top Surface, at that point, none of those cubes were Stacked Cubes, hence no penalty from < SG3> was enacted.

So, to answer your question, yes, but if you are too slow, you will get a DQ.