I am a teacher that uses v5 for my club but the old cortex for my classes. I am trying to switch from RobotC to Python for numerous reasons. I am just trying to find an example program for a clawbot in Python for the old cortex, but searching the public programs in Robotmesh is a nightmare and running any combination of keywords on google results in everything v5.

Does anyone have access to a clawbot program in Python for the old cortex and not v5?

I just want to make sure I set it up right so we don’t spend a bunch of time troubleshooting.
Thanks!

I could be wrong, but I don’t think the Cortex will run on Python. If I am wrong, I would gladly stand corrected.

Yes, there is. Robot Mesh Studio has a Python option for programming the VEX Cortex. 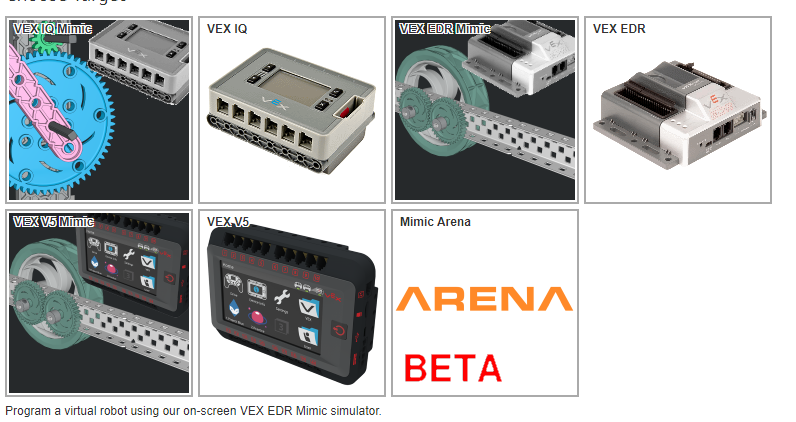 Then name the project, and start programming.

There are docs to help you. You will need to install some drivers on your pc for this to be able to talk to the cortex.

I was able to use python to run the cortex just fine using 2 drive motors. We used the same programming on several robots and it worked.

I should have clarified, I know it’s possible, and have already used RobotMesh to program the old cortex in Python, but I want to see the code for the arm and claw to make sure I don’t mess it up. But everything I find is for v5. I think they will be similar, but of course v5 has many more ports so the clawbot program already looks different with v5.