Hello so according to QA 1216 (<SG6b> and the Nature of Introducing Match Loads : Robot Events) it is allowed to stack disks on top of each other whenever they are being loaded in the match load ramp, and that you can put them on the railing. But states that Throwing,” “rolling,” or otherwise imparting enough energy onto the Discs such that they leave the intended tile, or violate one of the other points in this rule, is not permitted. Meaning that if i stacked all the match load disks on top of each other and but them in and they fell into other tiles, would that be legal or illegal? 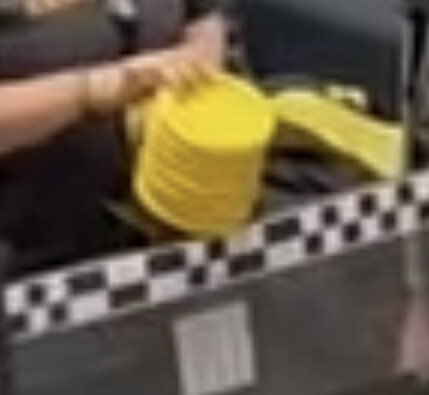 could i try and purposefully give it a little left or right spin to try and make it into the low goal?

It may be better to push all of the match loads in at once than to try to spin them in.

I actually am a little curious about this, because if a match is close and there are unused match loads, there’s almost no harm in trying to get one to roll into your low goal by chucking them all in at once. Also, if you just have a robot drive by right then…

A 6 or 7 point swing can make a difference sometimes, and the rules surrounding matchloads can be vague.

I think the referee would give you a warning or DQ, because you’re not supposed to push them or chuck them. You’re supposed to gently slide them in

can’t my bad sorry. it states that we can’t add extra energy for the disks to leave the desired tiles

Our team assumed the intended tiles were the two tiles right in front to be safe.

Sorry, “chucking” was a bad turn of phrase. I just meant stacking. Of course, after testing this, I discovered that it isn’t easy to get even one to roll in. Still, placing all of the discs on the ramp could speed up pushing them in. They seem to land close together.

Our team assumed the intended tiles were the two tiles right in front to be safe.

No assumption necessary. SG6bi clearly states “the tile… directly in front of the Loader.”

Strategies that are intended to result in a disc leaving that tile are clearly in violation of SG6b.

I will point out that this rule contradicts itself as there is not tile (singular) directly in front of the loader.