i think anything that doesnt harm your teamate/assist you

Some teams may use non-VEX stuff as a non-functional decoration (like a 3D printed figurine or a sticker).

Anything can be used on your robot provided it is a “non-functional” decoration. This means that the robot can function the same without that part. Also, it probably can’t be dangerous such as a flamethrower

we put tic tac boxes on our whole robot last year. they were just a non functional decoration.

3D printed license plates are allowed, as are zip ties and electrical tape (there’s some kind of rule with those on R8 I think)

Yah in Tower Takeover we had a little turtle puzzle on our robot and we also had a ton of stickers on our tray.

And what are the rules on Lexan or plexiglass? 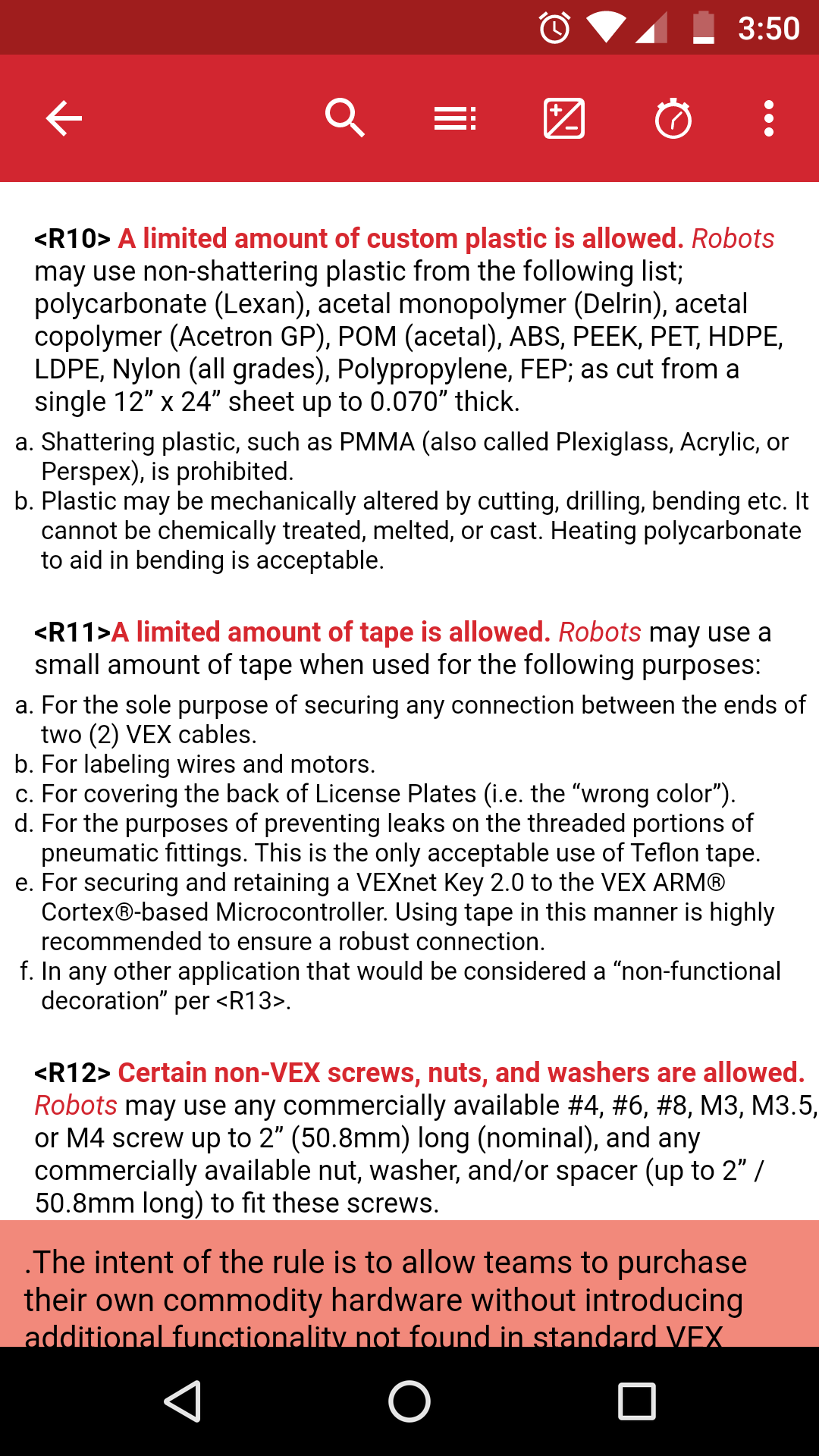