Can you get the pouches and stuff on a pelican case?

I don’t understand what you mean by that but here is the case if your interested. 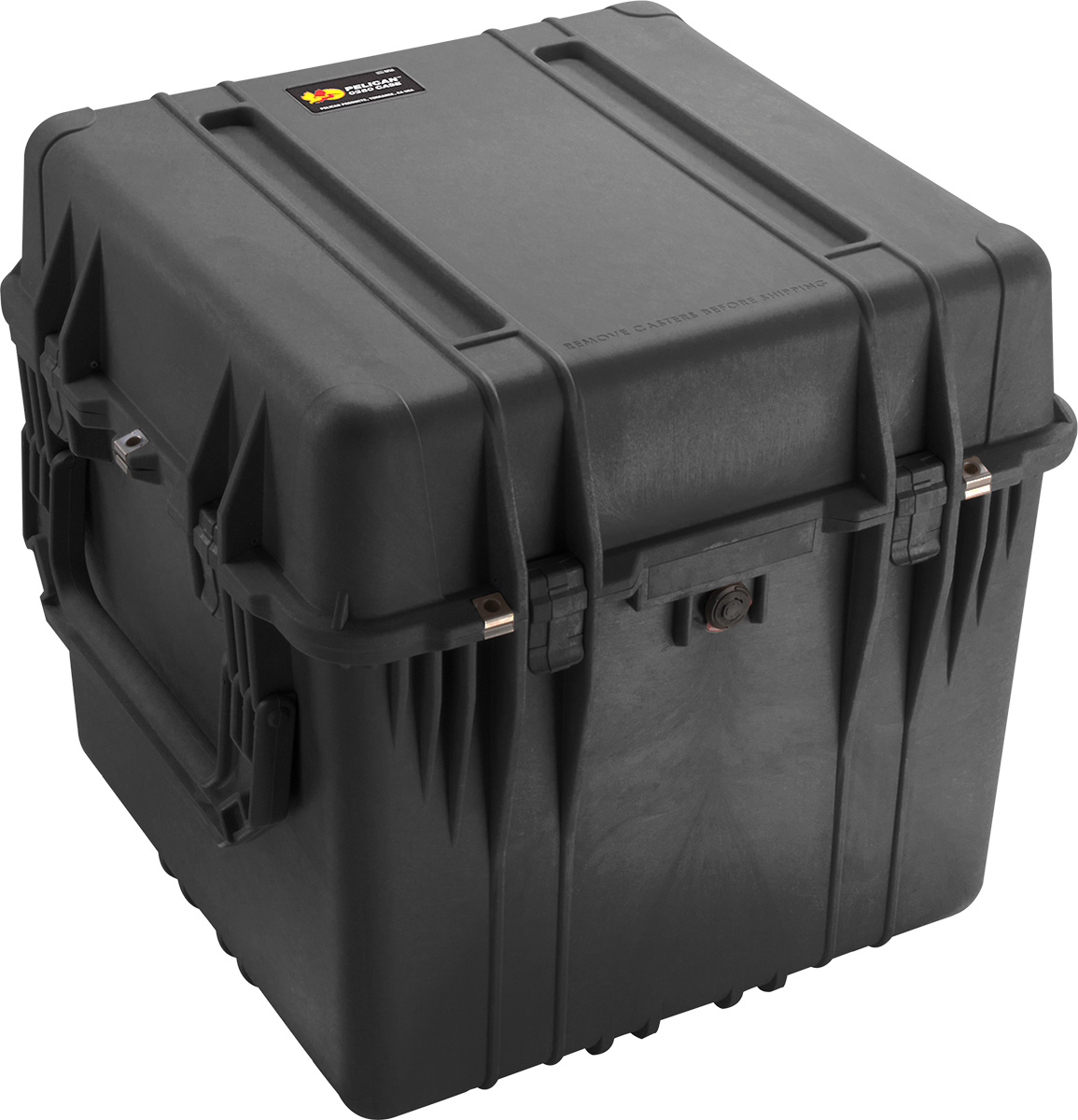 Oh, completely ignore me, then. I have no idea what I’m talking about (no sarcasm, just so you know). I retract my previous statement.

We have had very good success with 18" x 18" x 24" cardboard shipping boxes. They fit the airlines max allowed size. Put a 3 in. layer of foam on the bottom, make sure the robot has things like rubber bands removed. Included the batteries and whatever else we could stuff in and around the robots, then stuffed it with bubble wrap, smaller pieces of foam, etc. until it was TIGHT, then placed a layer of foam on top. Then put about 4x as much tape as we thought it needed. Taped along every edge of the box and reinforced the corners. Labeled Fragile - Robot Inside. This side UP. NiMH batteries inside. (ALL in Large Letters) The boxes have survived 3 different trips to Worlds from Appleton, Wisconsin; 2010 in Dallas, 2013 and 2014 in Anaheim with NO discernible damage to the robot. And yes, we observed them being thrown on the plane in any way the baggage handlers chose and they still survived quite well. None of our flights were non-stop. I do like the idea of putting some sort of desiccant in the box as well to collect any unwanted moisture. Inexpensive solution. I would love to get the pelican boxes, but the 350’s are too big for the airline regs and the 340s are just too tight, in my opinion. Good Luck, this year we will be at Worlds after a year off. First time at Louisville, we will be driving, but we will be packing the robot similarly for the trip.

I would love to get the pelican boxes, but the 350’s are too big for the airline regs and the 340s are just too tight, in my opinion.

Surprised because we shipped the 0350 to LA World’s no problem.

TriDragon,
I was just going by the listed guidelines of a max sum of length + width + height of 60 in. that we were given as the industry standard. the 0350 might just be close enough that they let it pass.

the 340s are just too tight

If your robot is within the sizing limits, it’ll fit in a 340 just fine… This saves alot of time @ worlds, because it practically guarantees you to pass size inspection, because you had to fit your bot inside of a box

The 0350 Pelican cases are great, our entire club uses them for everything. Including transport to local competitions, and for storage of robots at the end of our meetings. We have flown them across the country multiple times with no issues.

I’ll have a look into all those suggestions.
Thanks

Its a Pelican Case. A little bit pricy but these cases are built like tanks. 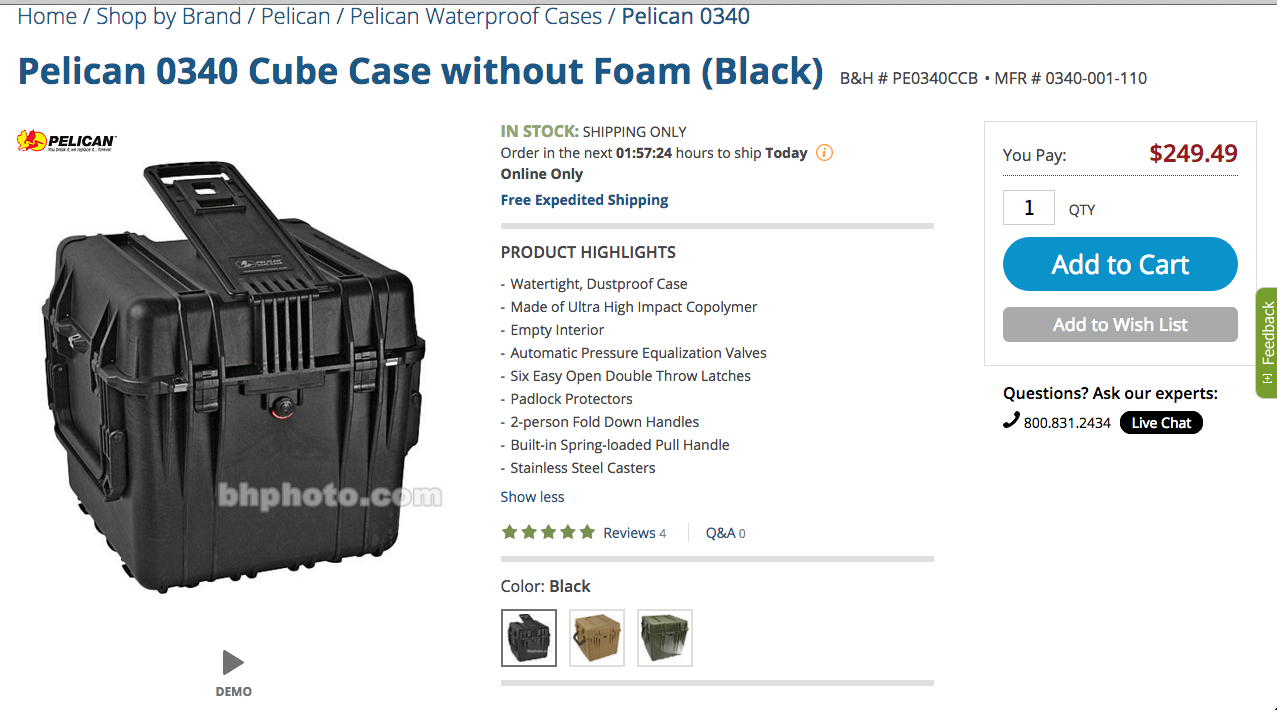 Can you just carry it on and have it sit on your lap or something?

Sure, if it’s a 20 minute drive from where you live

Make it so you would feel comfortable dropping it off a table.

Make it so you would feel comfortable dropping it off a table.

In my experience Pelican cases with the cut-out/pull-out foam interior are perfect for this. You can create a vibration/shock buffer that won’t shift on you because it’s attached to the hard shell.

Another thing to think about: Louisville is the international headquarters of UPS and a huge percentage of their packages fly through here. If you have a location to ship it to, UPS probably would offer a great shipping price.

The team I used to mentor used to do this before switching to plywood crates after one of their teams (575) had their robot squashed nearly flat in the luggage-handling process. You can use cardboard shipping boxes, but I recommend slipping some 1/4" plywood in along the sides, bottom and top to prevent the flattening phenomenon, and to protect against punctures. (575 managed to fix their robot before their first match, which was the first match in the Science Division, and won it by something like 170-5. They partnered with Green Eggs and the Spur-Flys to go all the way to the finals, with their rebuilt robot.)

It’s pretty close to false advertising because although there are certain places where the internal walls are 18" apart it isn’t actually 18x18x18" at all. We looked at these and measured carefully before determining the 0340 isn’t suitable unless your robot is a bit smaller 17x17x17". The only part they’re actually 18x18" square is around the opening so you might be able to put the robot in upside down if it’s not 18x18" further up. Who knows maybe that would be an advantage since the airport baggage handlers always like to put them upside down anyhow!
Sadly the next size up 0350 which is supposedly 20x20x20" internal (reality is more like 19x19x19") has exterior dimensions exceeding the 62" linear maximum for standard luggage so you’ll end up with excess size charges.

We are thinking about getting a 0350, or making it ourselves. We have allowed for oversized luggage in our budget.

A number of teams use the 0350. We just ordered castles for ours. We have 2 of them, used them for years. Flew to LA with them for our first World’s, not considered oversized for that flight on Delta. But, that was couple years ago, we drive now since it’s in Kentucky.
I like the the 20" because it gives us space to add padding. Do consider taking off you robot wheels though. As others have said, the axles can bend.