This year, my team thought it would be best to design a tray bot of our own. Currently, our roller intake arms are having problems with the flipping motion that allows them to extend out. They flip out from the sides of the robot and lock in place with a latch. At the moment, the arms work, but occasionally, they will slip up and not lock in place correctly. Is there anything we can do to improve the joint, or should we change up how they flip out? 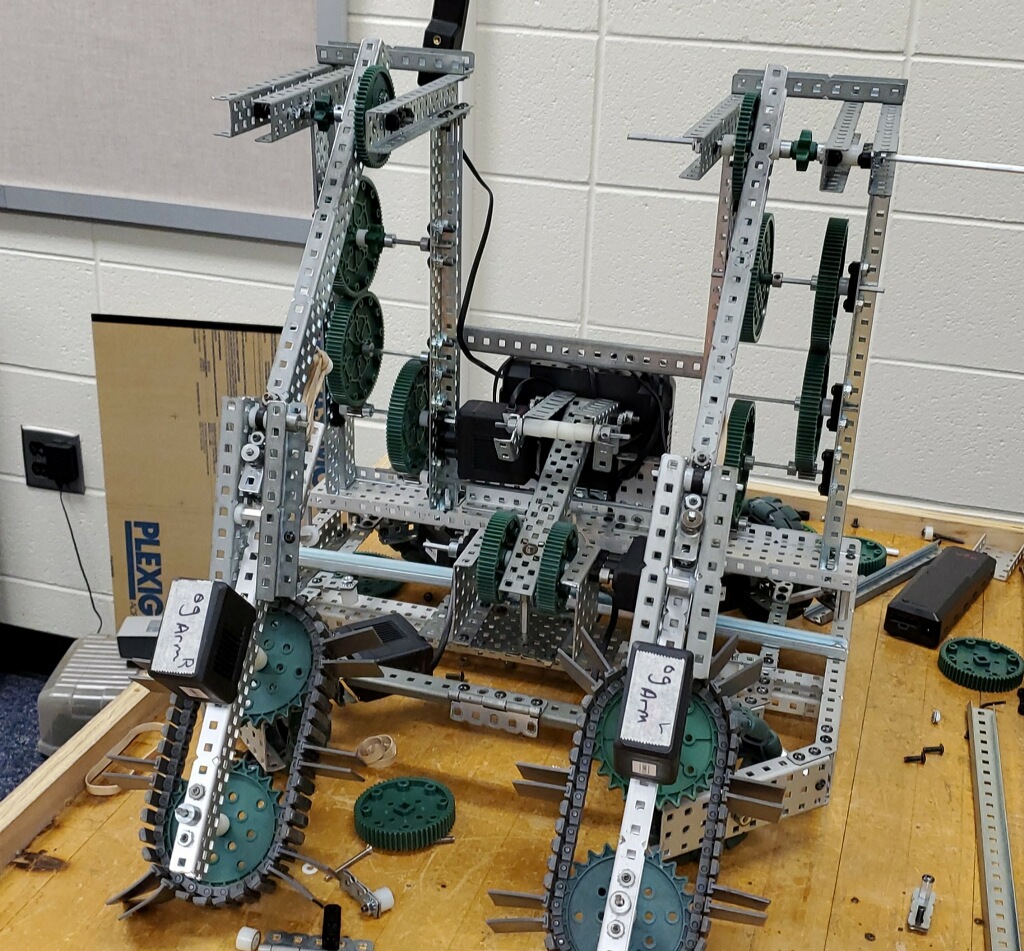 There are already a few locking mechanisms made public on the forum, but no I probably wouldn’t change how you flip out. Bots seem to be trending more towards top to bottom sort of flip outs these days instead of side to side. I’d recommend trying to use a screw joint instead of axles, for a bit better stability, and less friction. Could you elaborate on they don’t lock into place correctly? Are the arms getting caught somewhere?

Using screw joints might do the trick, because that’ll reduce a bit of the slop in the joint and keep the channels from hitting. If you still have issues tho, I’d recommend widening the two outer c-channels if that makes sense.

So instead of just the 1/2 inch standoffs and washers (probably around 3/4 inches), maybe make it an inch Gap or inch and a half to be safe.

Are you direct driving your tilter?

We reduced the distance and it works a lot better. Though I don’t exactly understand what you meant by “direct driving” our tilter.

Is the ratio 1:1 as in the motor spins the tray arms without external gearing?