We just finished a match and lost due to a robot ramming into us when we tried stacking and it was a constant thing they would ram into us and back up and do it again. This knocked our stack over therefor making us lose but we where not in the protected corner so can we do anything?

They may be in violation of <SG6> if their actions caused cubes to leave the field.

So the question is would the results of won the match during the match have changed if the cubes had stayed in the field. Was this team doing this repeatedly during the tournament? Did the referee warn the team about removing cubes from the field?

So lots to process.

We would of won the match but unfortunately I brought it up after the first reply in this thread and they said it was old news and the scores where finalized. Over all it didn’t matter because we ended up in semi finals losing 68-37

I don’t think so, it would be a violation of SG3 (situation G) if the cubes you had your cubes considered placed already and you were in the protected zone, but I’ve seen no similar rules relating to the unprotected zone 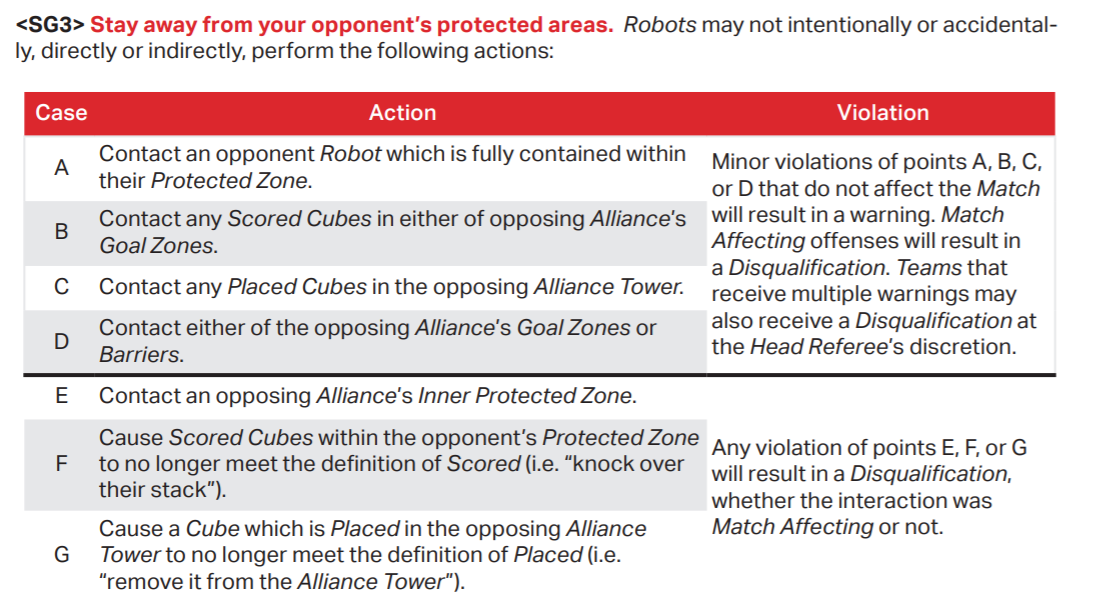