Sadly, it doesn't come in black :)

My apologies to die-hard Batman fans for the inaccuracies, but, with the exception of the rear tires, everything is original vex or hexbug/vex - no modifications!!!

(Note: Second video link added because I noticed that I hadn’t secured all the armor after taking pictures of the chassis, and the rear plates were rubbing on the tires :()

I did use a usb jumper for programming, though, (see attached photos) and I would highly recommend it for those of you with tight access to the micro usb port on the brain.

Actually, the chassis and armor were relatively easy. This part of the build seemed to just come together on its own. The steering arms were another matter entirely! They took several attempts to keep them small enough for scale and still rigid enough to withstand the stress of the 3:1 ratio of the drivetrain. Note in the open-hood photos that the steering motors and brain are all set back on the chassis to keep their weight distributed to the rear tires as much as possible.

Programming-wise, the steering and rear rotational speed are both slightly overadjusted to compensate for the turning radii - no room for a differential - but it’s still almost as much fun to drive as it was to build.

As always, I welcome others’ comments, questions, or ideas! 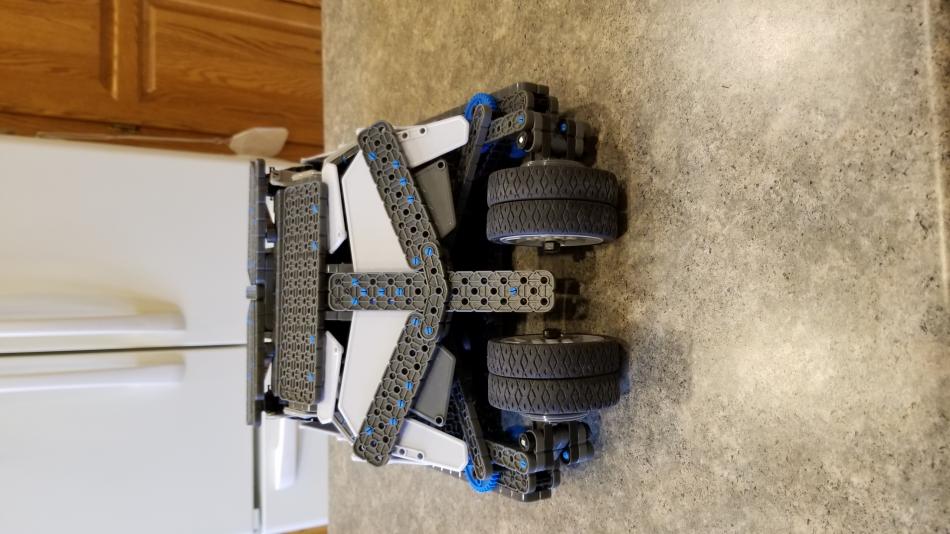 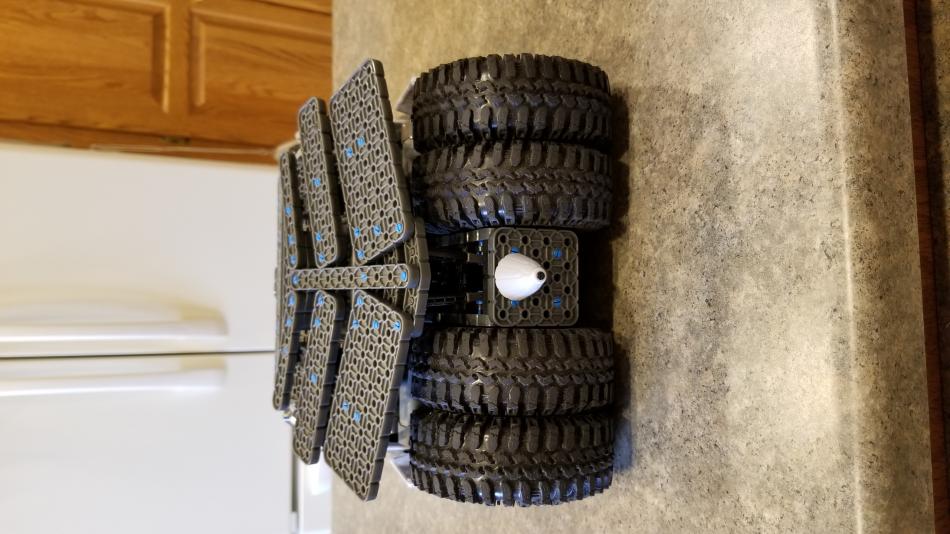 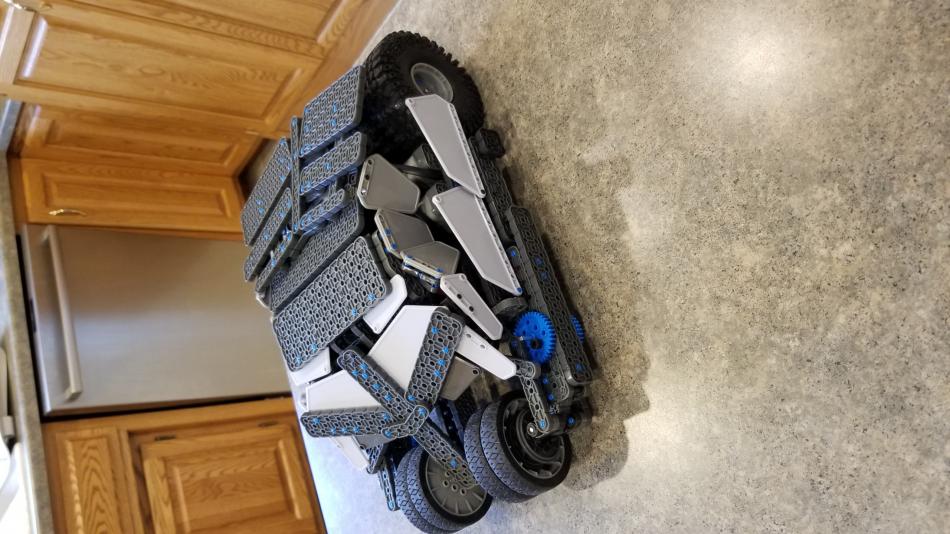 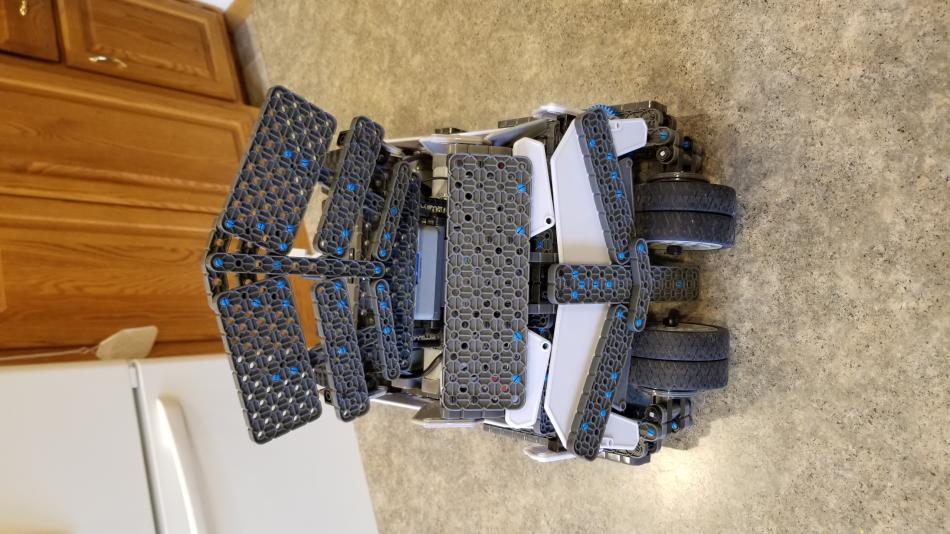 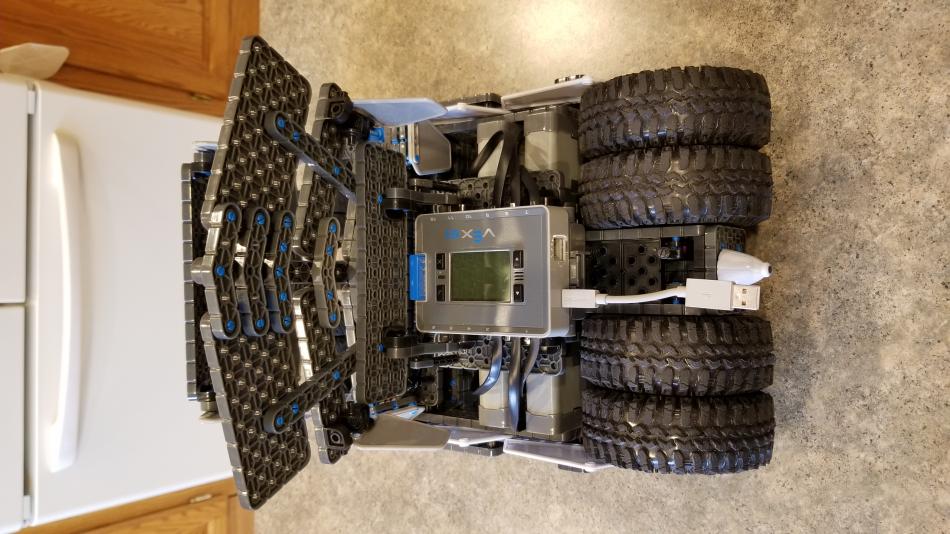 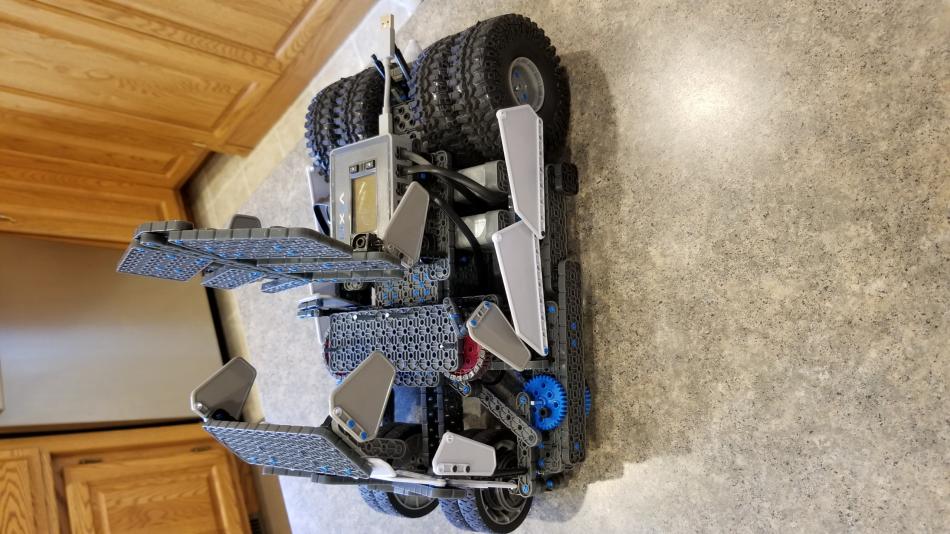 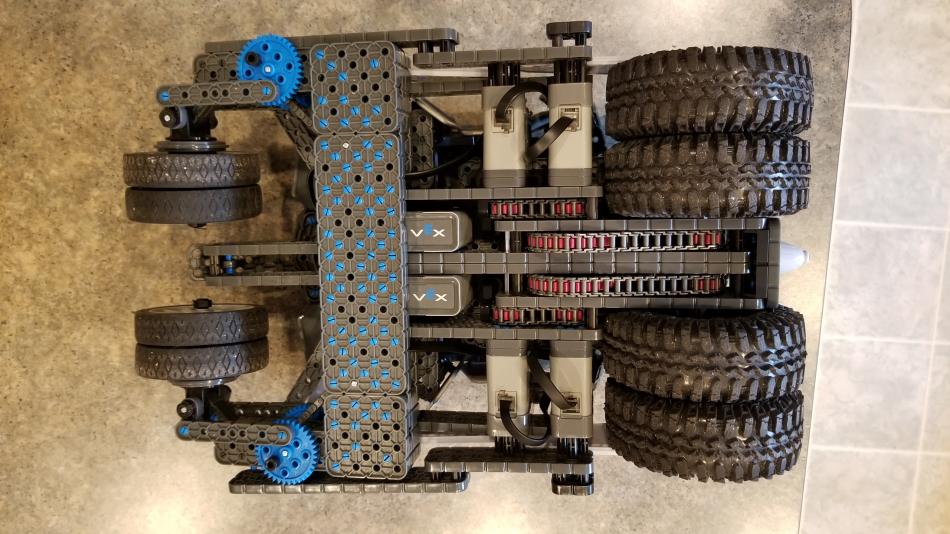 As always with your stuff, very nice!