Save the Robosavages from closure!

Gladstone Secondary, home of VRC team 2, the Robosavages, is facing closure by the Vancouver School Board. Please think about signing this online petition. I’m sure we all know how great they are! 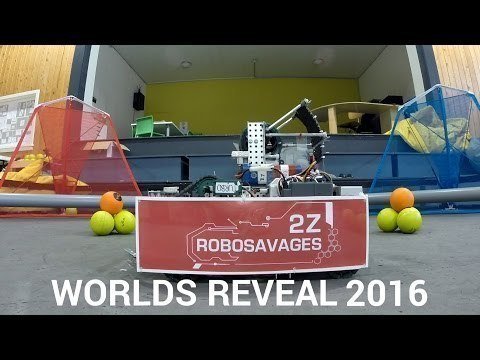 The change.org petition has lots of US and Canadian signatures on it. How about some other countries?

Will it reopen or is this just a money saving thing? The school (and apparently others in Vancouver) does not have seismic bracing built into the building so a new building is needed. But many articles talk about money woes. What’s the scoop? Two high schools on a list of proposed closures in Vancouver

Britannia and Gladstone Secondary are two high schools on a list of 12 schools shortlisted for closure in Vancouver.

Vancouver’s west side schools have mostly been spared the axe, while 11 east side schools, including two secondary schools, will be considered for closure in an effort to save money and incre…

Will it reopen or is this just a money saving thing? The school (and apparently others in Vancouver) does not have seismic bracing built into the building so a new building is needed. But many articles talk about money woes. What’s the scoop?

I was wondering what the context was before looking at the petition. The larger context seems to be school facility shutdown in efforts of cost-cutting consolidation. You can’t have a robotics program at a school that will be shut down. Perhaps we are misreading this, but that points to the need for more information before signing an online petition.

This situation is not unique, that of consolidating facilities in a public school district. This leads to the question how RECF and other entities can help clubs/teams transition in such difficult situations.

The change.org petition has lots of US and Canadian signatures on it. How about some other countries?

Well, that might be my fault:P Wasn’t sure if Germany would be recognized…

@Team80_Giraffes Vancouver does need to close schools and consolidate. But all the schools they’ve chosen to close (including 2 highschools) are on Vancouver’s East Side with only a tiny Annex on the wealthier West Side chosen. Since many East Side parents send their children to West Side schools, Gladstone bleeds enrollment. On the other hand, over 1000 kids go to Gladstone, about 100 of which are robotics kids and, unlike other schools, most are local neighbourhood kids. That’s why they are able to stay late in that robot lab – it is convenient for them to just walk there. This is a not wealthy neighbourhood and there’s controversy making these kids (instead of a west side school’s kids) commute longer to other schools. http://vancouversun.com/news/local-news/east-vancouver-students-face-longer-commutes-should-two-area-high-schools-be-closed

Instead of moving Gladstone whole like other schools (which would save the Robosavages), the Vancouver School Board is considering scattering them to neighbouring schools. They could have been fair and chosen a west side school with many out of catchment kids that also needs expensive seismic upgrades but would disrupt the local neighbourhood far less because – less local kids. They’ve chosen a school whose parents are less vocal, less wealthy and less connected.

To move the Robosavages well, they need

And a the list goes on. The petition pressures them to move Robosavages intact even if they do close Gladstone (It’s not finalized!) but unfortunately, the secret ingredient of success is Gladstone’s very localized close knit community – like the 100-mile diet, Gladstone has local 100-meter education at it’s best.

Well I guess I had better chime in for my old team the Robosavages (the hardest thing I ever did in my work life was to leave them to start a new team in a different district).
If you have some worries about signing the petition please read what TechChick has written. There are some bigger issues like the underfunding of the entire district and even provincially (2nd lowest in Canada and $1000 less than the Canadian average).
But really, if you read the whole petition, you will see it states the minimum they would like to happen is to at least keep the program together, rather than to break up the students and sent them to at least 4 different schools.
They are also asking that you post why you think a program like this is important. Either if you have had direct contact with them (they have been to the worlds 8 years in a row) or if you support the idea of STEM education. If you can’t support that, fine, move along.
If you are feeling really strongly about this, and realize this kind of thing may happen to your program one day, and a feeling a bit brave, then maybe you could even pass the petition on to people you also feel might support this. But only if you are okay with this.
Those of you who know the Robosavages know they would never ask you to do anything that made you uncomfortable.
So please consider signing the petition and passing it on.

I hope this works out for you all somehow. It is really terrible when a beauracracy threatens to destroy a great program like yours.

I hope this works out for you all somehow. It is really terrible when a beauracracy threatens to destroy a great program like yours.

Please do not propose illegal and unethical behavior!