Scissor Lift - Elevador de tesoura - VEX IQ Robotics Investigate how the function of a scissor lift is influenced by weight and height.Scissor lifts are designed for easy and safe access to elevated positions and are often used where ladders are not... 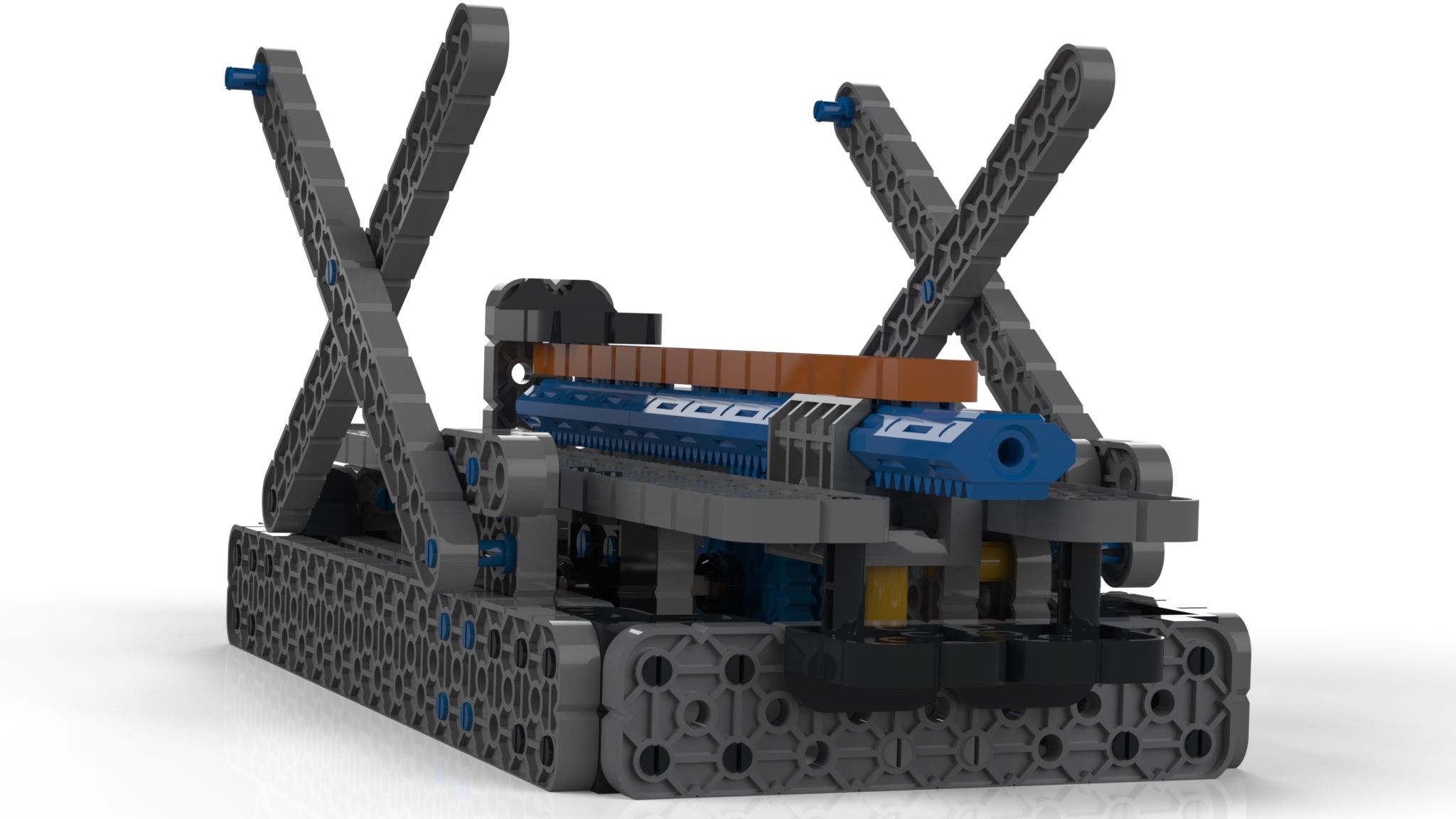 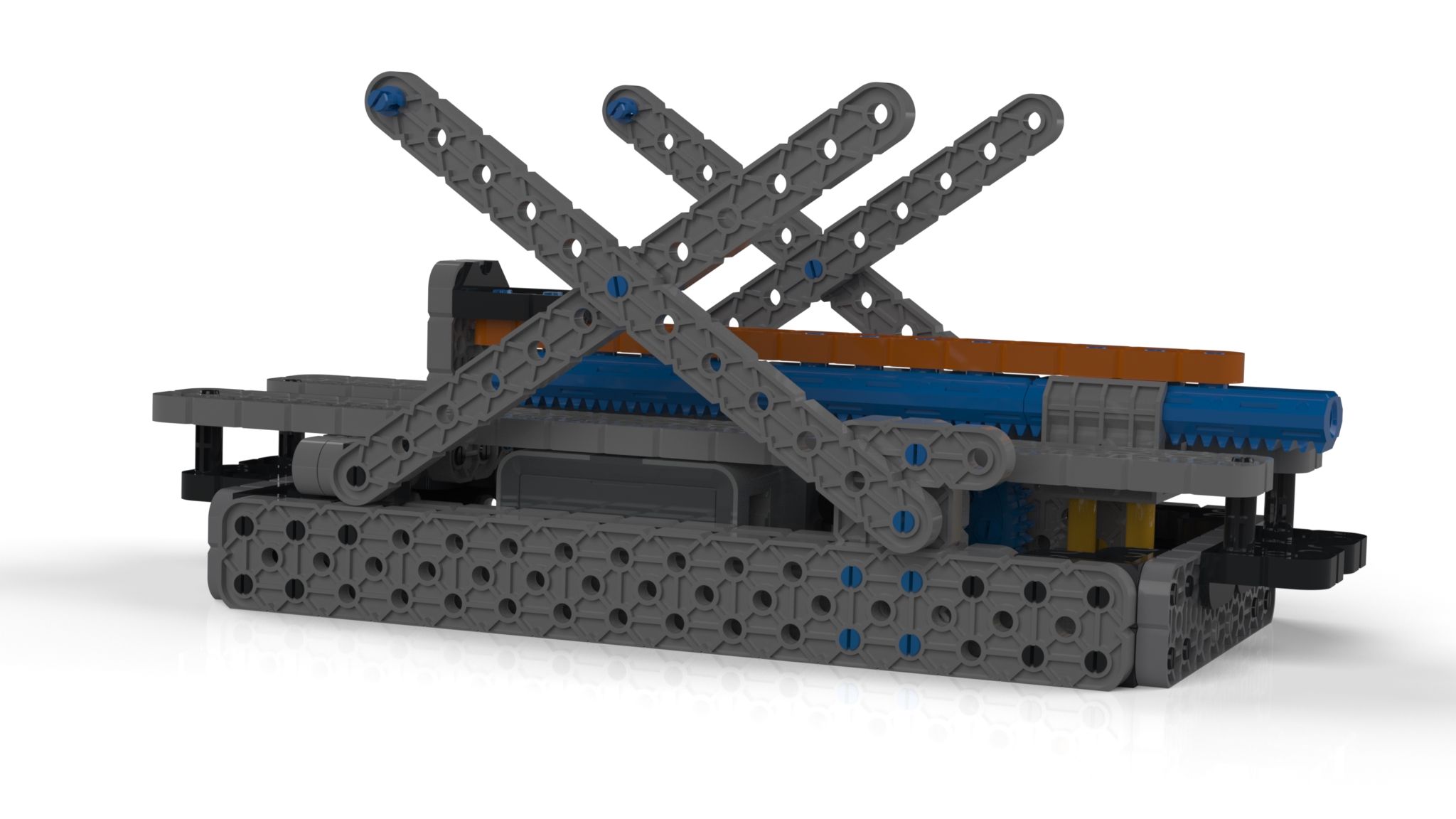 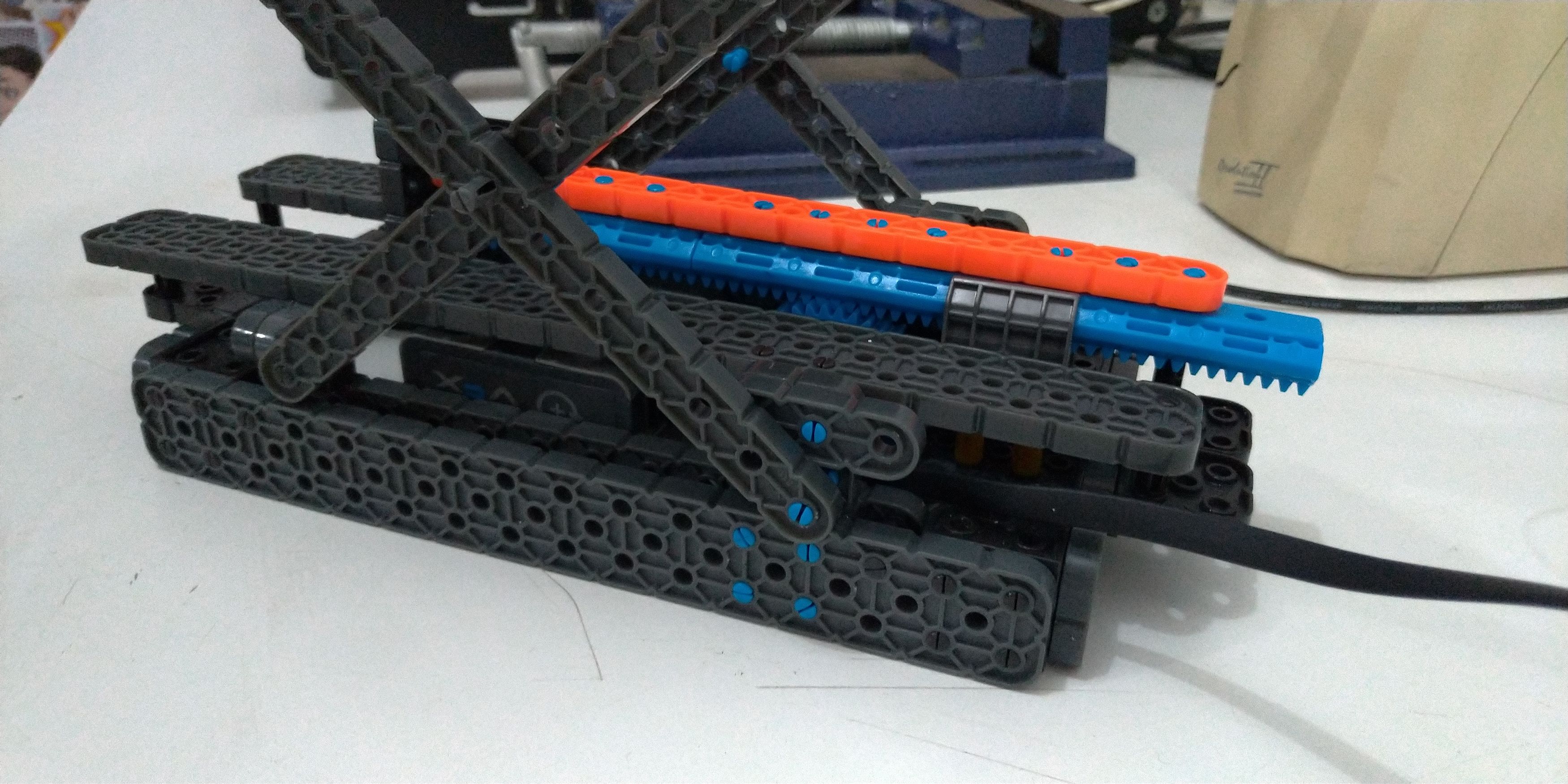 Does the linear gear hold up once you have several levels on it? When my students have built these in the past the gear teams to slip a lot under any practical load.

Well in the figure below you can observe the transmission system implanted for this prototype. My recommendation would be to work with loads less than 200g.
So making only one demo system in class!

For initial testing this can be considered a good mass margin. 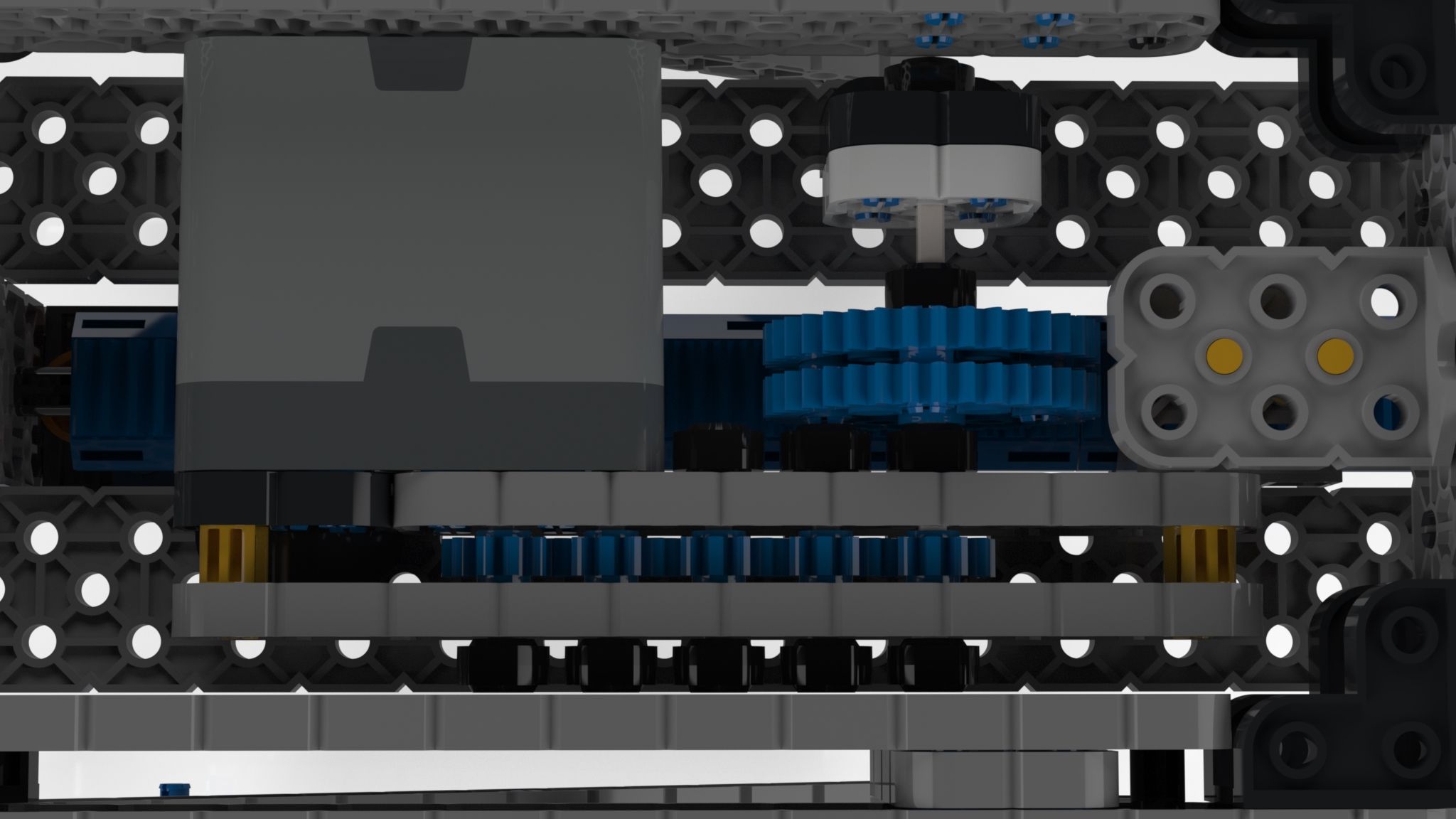 Yes I saw the double gear. i think that using tank tread would allow for a more robust connection that could handle a heavier load. I’ve never seen a scissor lift in IQ competition though, so we will have to wait and see if someone can pull it off…

Honestly after last year, I’d be interested to see any type of lift that isn’t a 4 bar or 2 bar. Sadly I don’t think that’ll be the case this year though.

Given that they don’t have to lift that far and there’s a lot of open space in the middle, you may see some scissor lifts this year… There were a good number of DR4B’s last year as well.

I’ve never seen a scissor lift in IQ competition though, so we will have to wait and see if someone can pull it off…

One of our MS teams had a very successful one for Next Level. One for Squared Away probably only needs to be 2 sections

It was powered on the bottom, IIRC. I don’t have any great pics, it wasn’t the team I was mentoring, but here’s one I have… 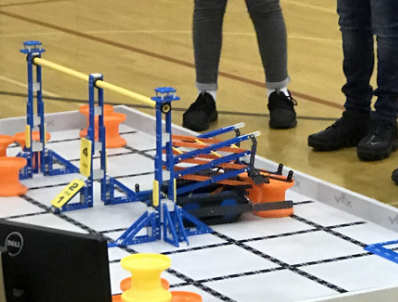 They had a good time and learned a lot trying something different than everyone else.