scoring after the time is 0:00

My question is: Does the ball count if the ball has been launched in regulation time, yet it is still in the air and then scores after the time is 0:00?
It would be exciting like basketball where a shooter wins a game at the buzzer. The ball was out of his and while still time on the clock but the time expires while the ball was on its way to the hoop, and then “swoosh” – game winner.
Thanks for your reply.

<G10> Scores will be calculated for all Matches immediately after the Match after** all objects** and Robots on the field come to rest.

This isn’t an official response, since the Q&A isn’t open yet. But, I’d be inclined to say that as per <G10>, quoted below for your convenience, that a ball launched before the end of a match, that scores after the end of the match, would still be counted.

<G10> Scores will be calculated for all Matches immediately after the Match after all objects and Robots on the field come to rest.

Edit: Ninja’d by giraffes. (and there people are saying that giraffes aren’t stealthy)

Edit: Ninja’d by giraffes. (and there people are saying that giraffes aren’t stealthy)

Giraffes are generally pretty silent. Hard to hide though.

So, this will be the VEX game with all the buzzer beaters right?

Do we have to check the monitors and the film to see when the ball was released from the robot to see if the shot counts?

In theory the motors cut out at 0 so any continued momentum is part of the rule as they come to rest.

That is what we are to check at inspection with the competition controller switch.

Good. Love the buzzer beaters.
How many Vexman teams are there now?
Saw you at Worlds. Nice teeshirts.

Thanks. Shirts are sweet but they sold blue shirts with white shoulder cut outs at worlds so I thought I kept seeing Vexmen all over the place.

We are 23 teams now! I expect a few more next year too. See each one here: http://www.vexmen.com/teams/

Since you asked, no sense in not shamelessly promoting ourselves. 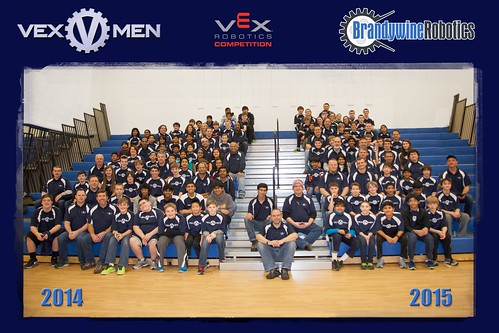 Nice pic. I think I saw the left front middle mentor and the right 3rd row glasses mentor. Maybe not.

[ATTACH]9264[/ATTACH]Here’s our proud team. Did not make the playoffs though. 7-3 record. Stiff competition esp from China and New Zealand. Don’t have to tell you that though, you experienced it first hand as well. 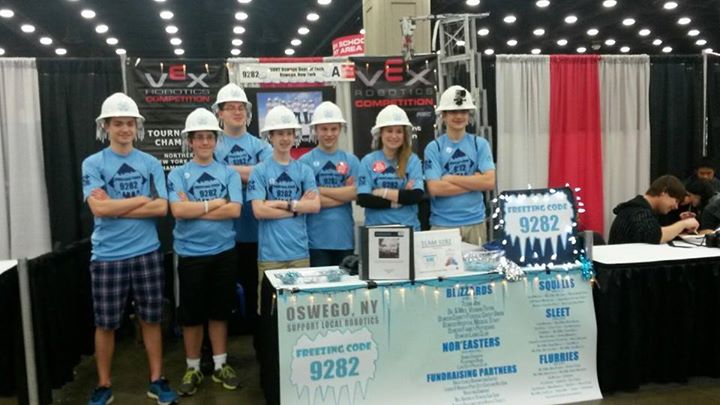 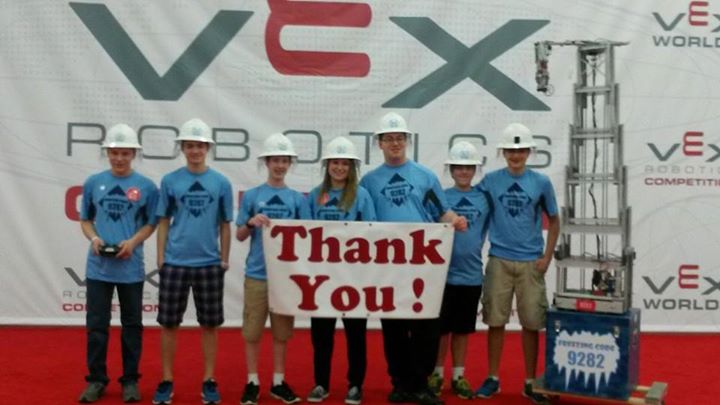 How do you get the pic to be in this block instead of a link?

I can totally see lots of mid flight gasps as the clock hits zero, it’s going to be awesome. I think a bigger scoring concern is bots that have heaved their alliance partner up be it by piston, winch, brute force or magic, and after the power cuts out they slowly hiss or grind down an inch or so. Might be some 50 pointers ending up as 25 pointers. Have to figure out how to lock it up there.

How do you get the pic to be in this block instead of a link?

use the img tags (picture of the mountain in the editor).

Flickr makes it easy in the sharing action. Vexforum uses bbcode tags so choose that at flickr and copy/paste into the forum thread.