Hi everyone! After 7 amazing years of competing with multiple teams, schools, and organizations, I am officially retiring from vex robotics and am attempting to sell my collection of parts in the process. This collection has been built up since skyrise, and have been an instrumental part of success in vex and my childhood as a whole. As far as I am aware, pretty much everything on the EDR website can be found in my collection lol (and more!

A portion of my parts were bought off a competitor from craigslist who competed in the late 2000s, so they aren’t seen on competitive robots as much today. These include low strength chain/sprockets, the 5 inch wheels, thin omnis, VEXplorer parts, and the rare 15 tooth sprockets.

Another portion that may seem unfamiliar is the portion from McMaster. This includes the nylon and aluminum nuts which can be seen in the totes. These are completing EDR legal and are used by quite a number of powerhouse teams throughout the years.

There is also a collection of IQ sprockets and chain extensions that can be seen in the images as well.

Rather than putting a set price on each part, I will ask that anyone interested reaches out to me with the part(s) they desire and the quantity that they are looking for. Don’t let the quantity in the photos mislead you, they were more so meant to provide a general idea of what’s available, especially for the larger items such as the wheels. I do have more of certain parts that I’m in the process of organizing.

I am willing to sell parts independently as well, don’t think that just because a certain part is in a tote with other parts that you have to buy the entire tote.

If any of the images are unclear, please let me know and I will address the concern ASAP. 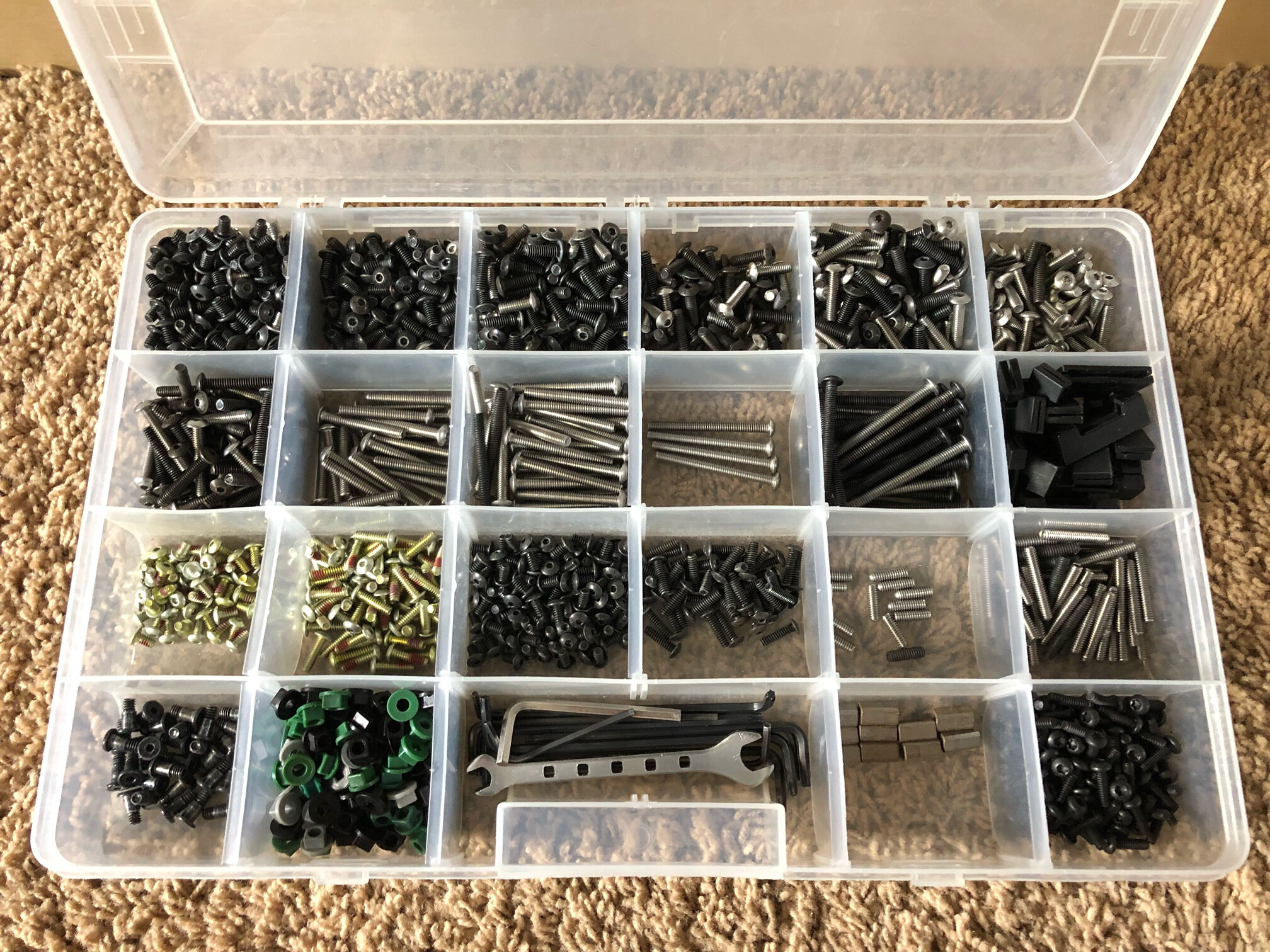 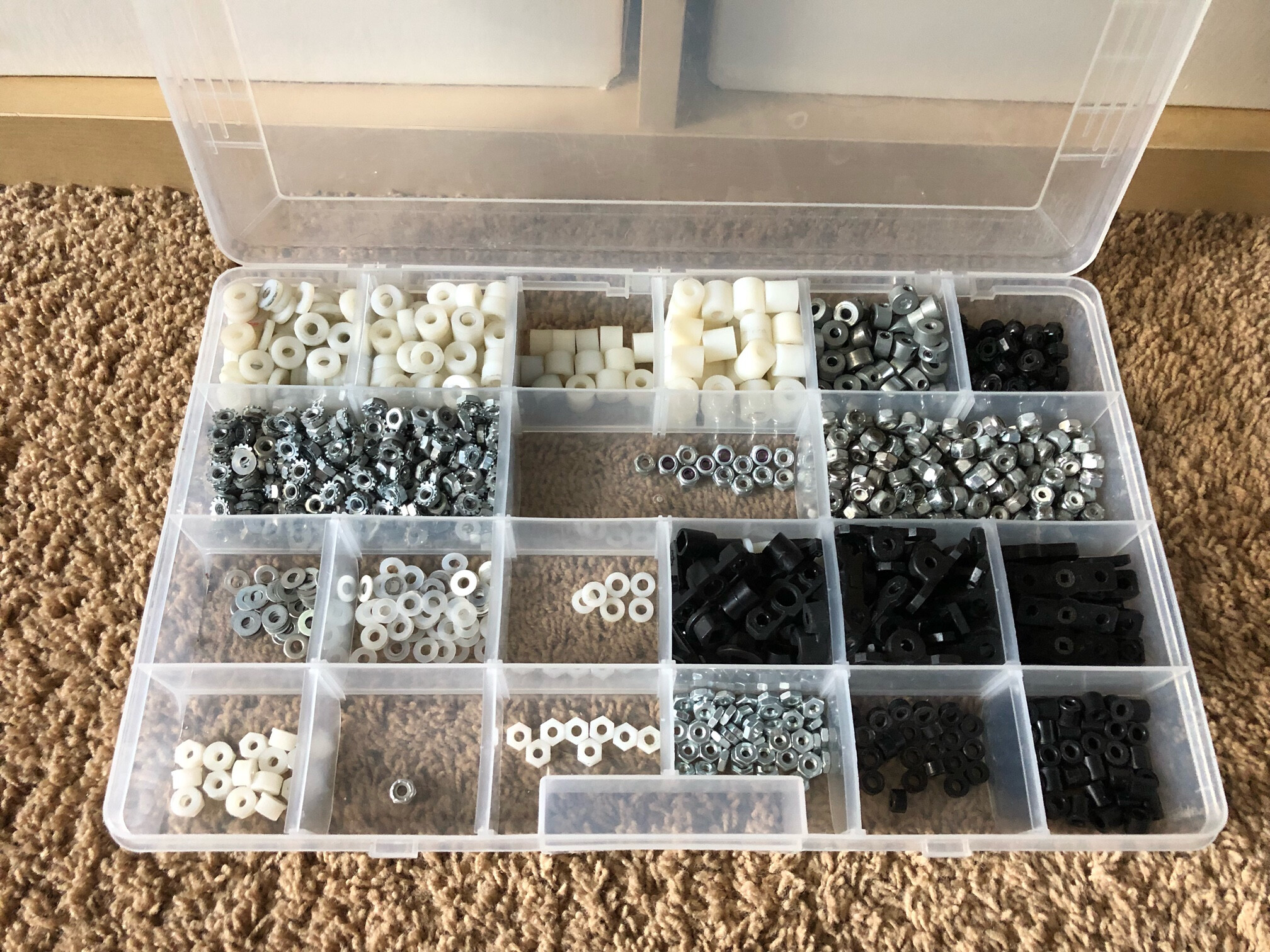 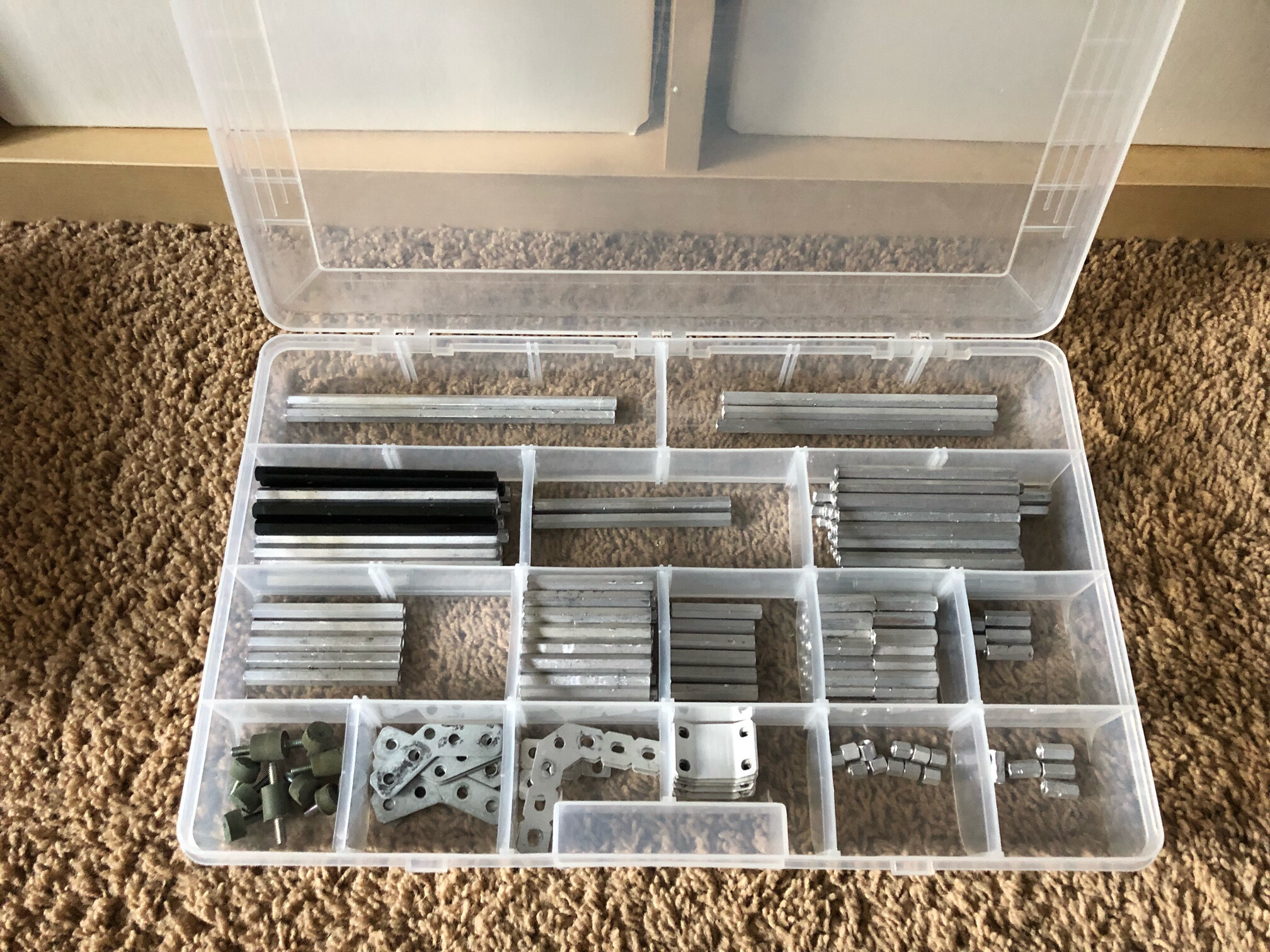 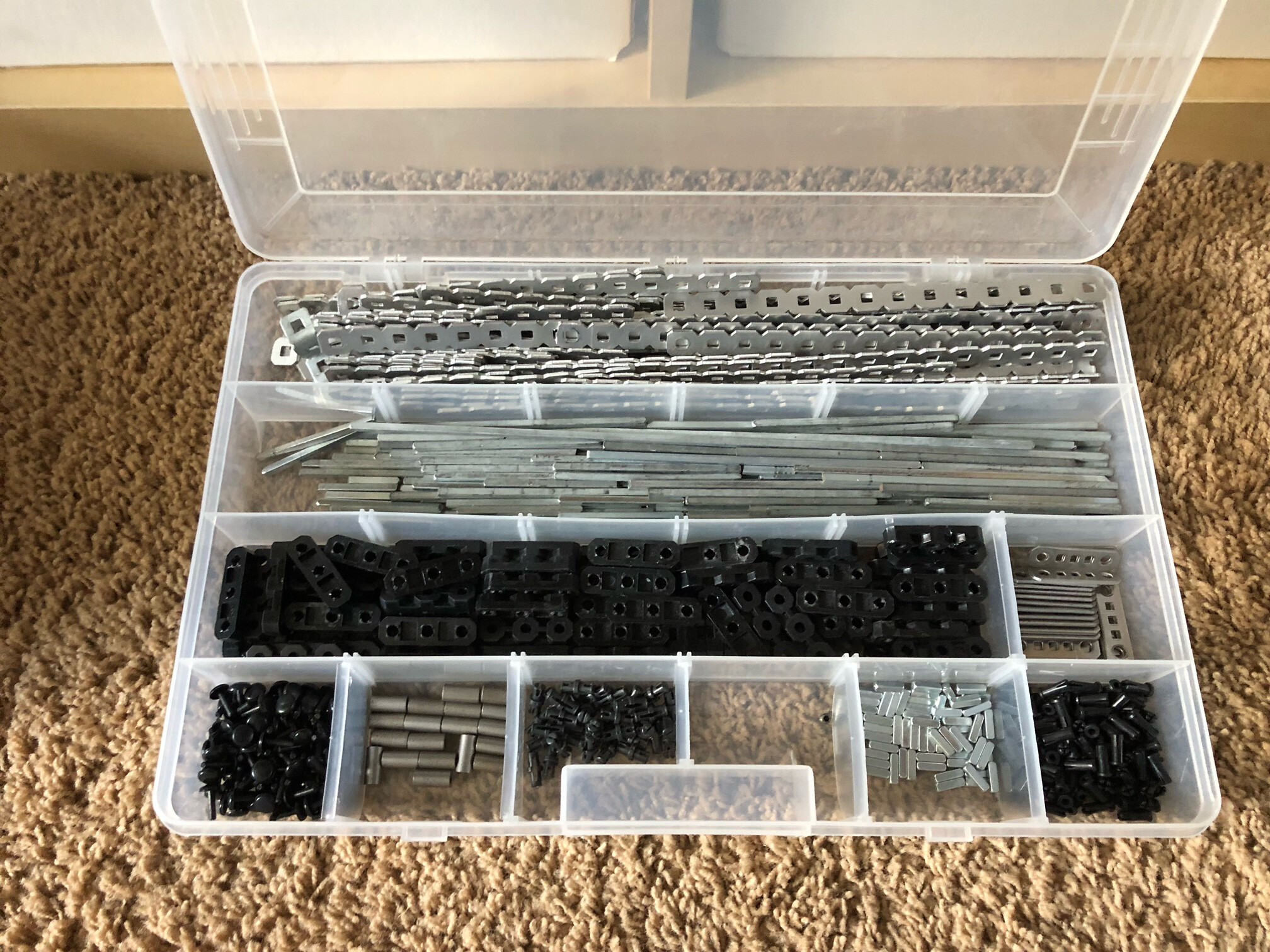 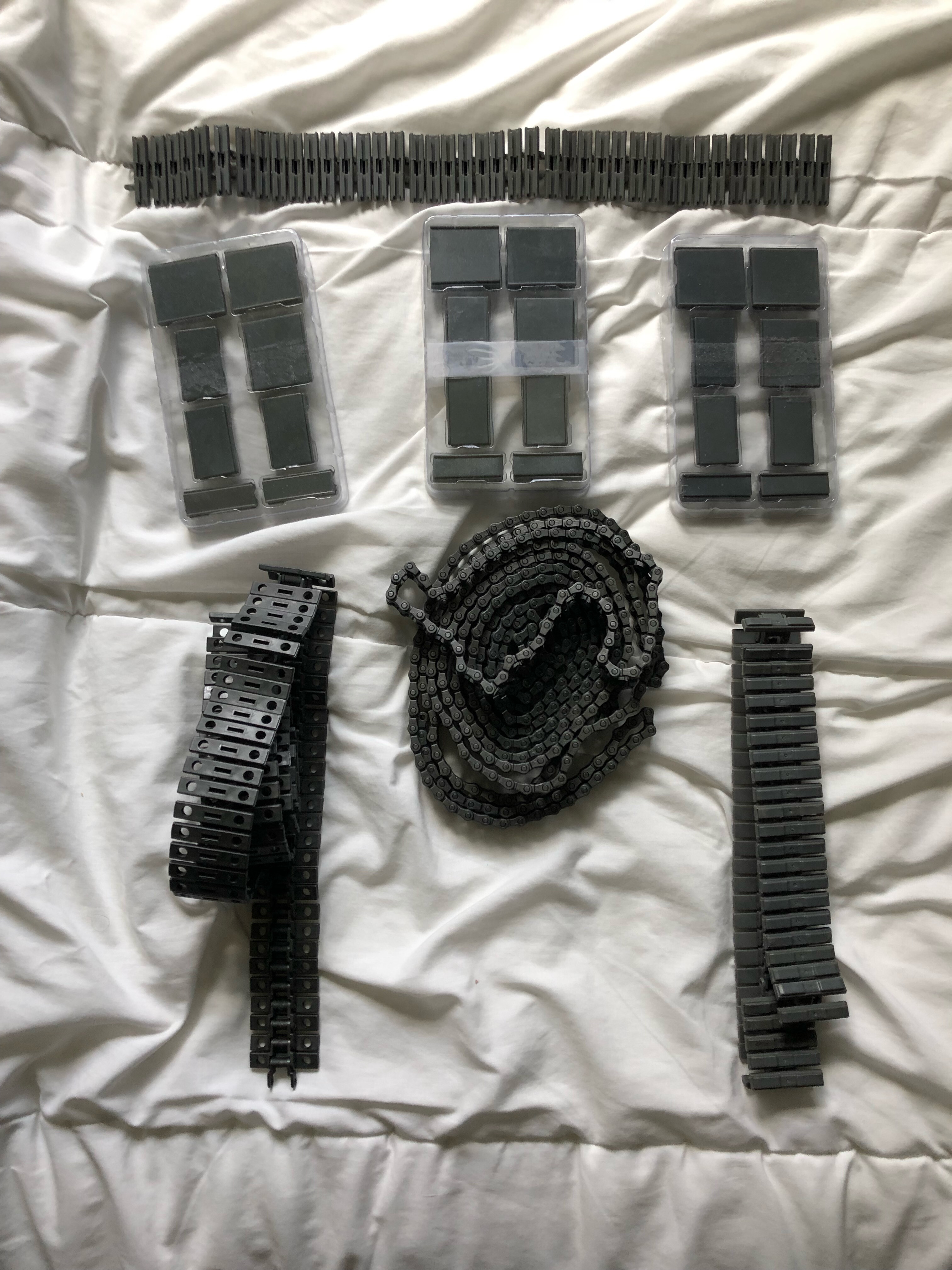 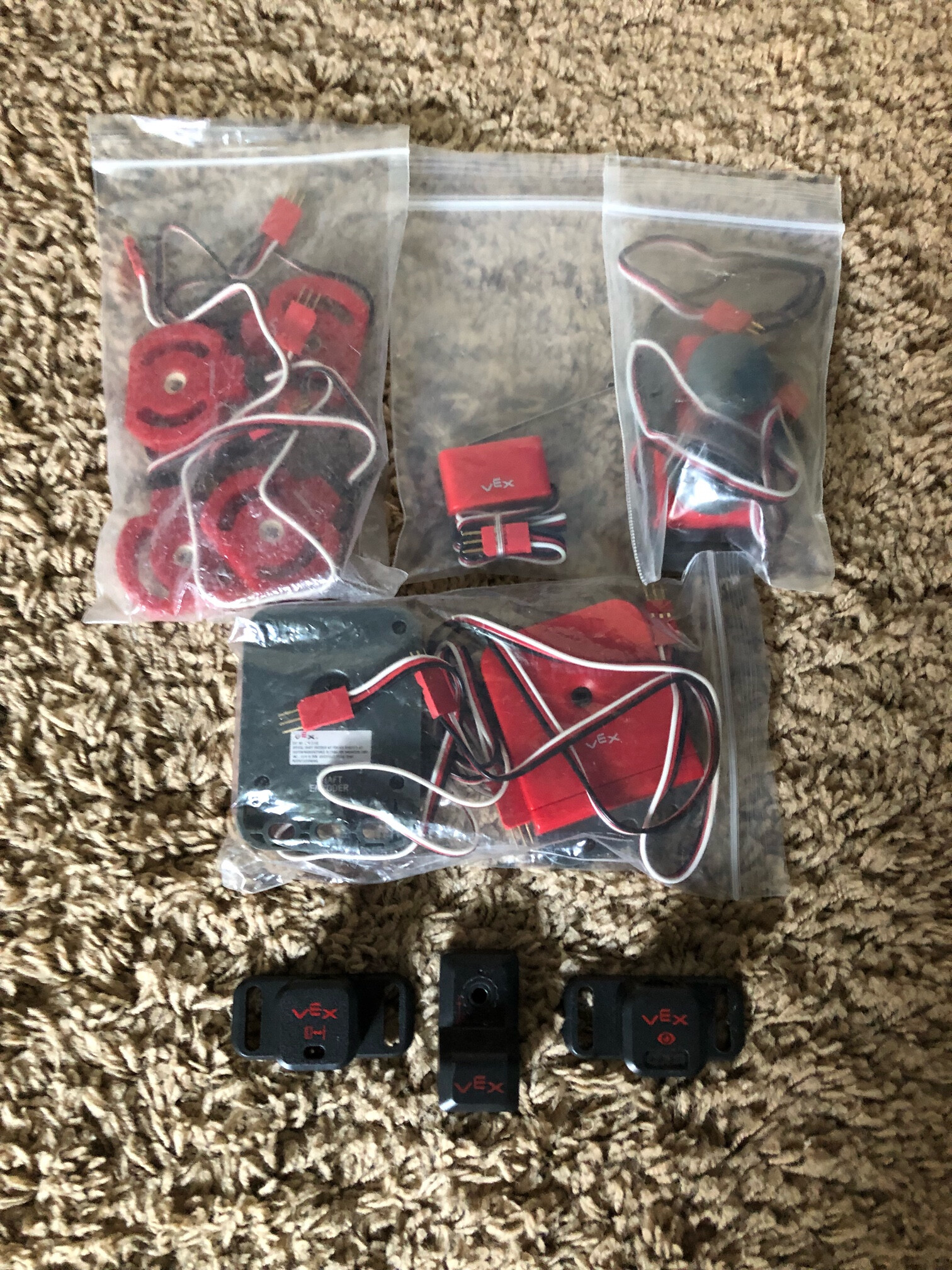 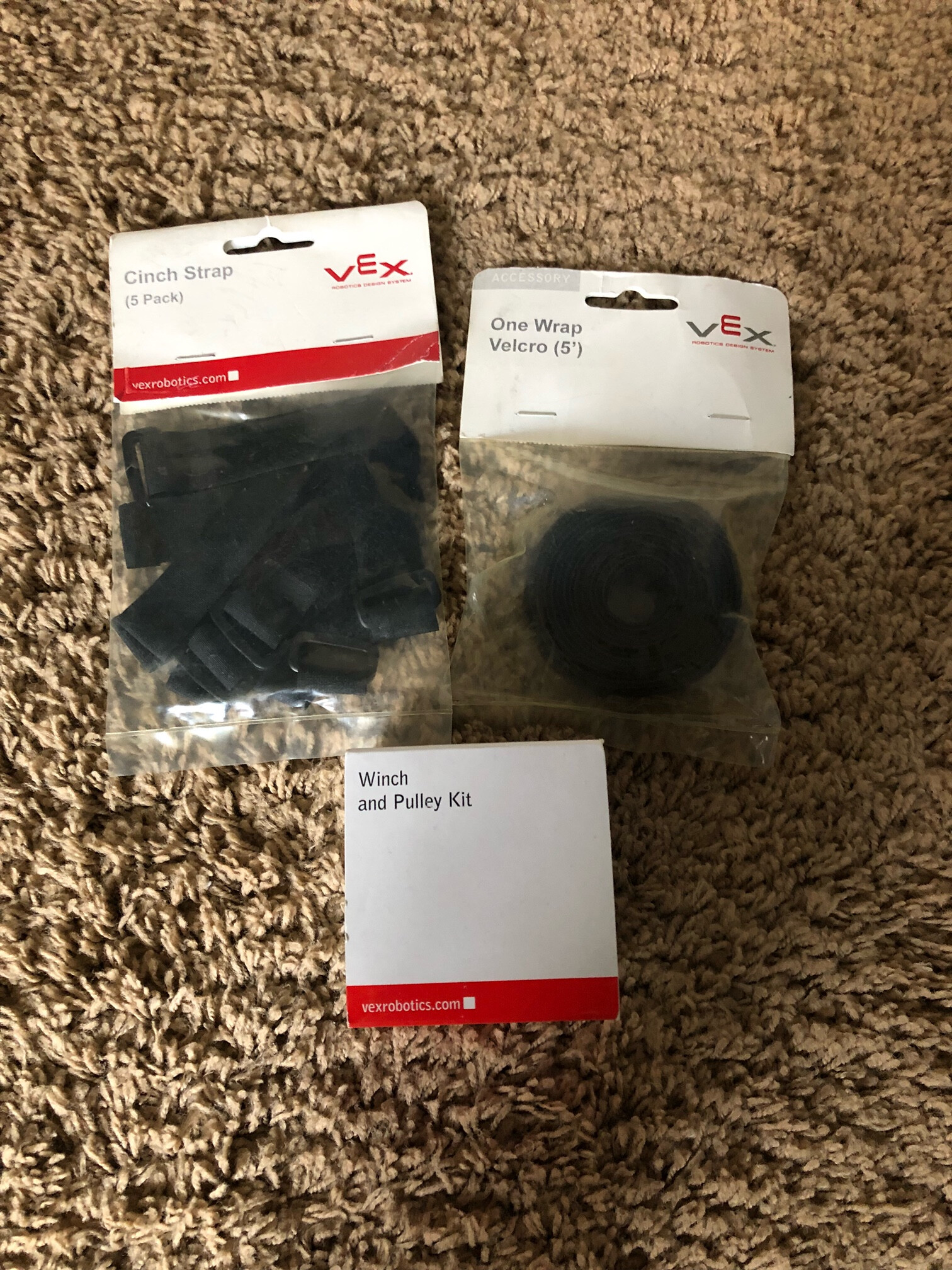 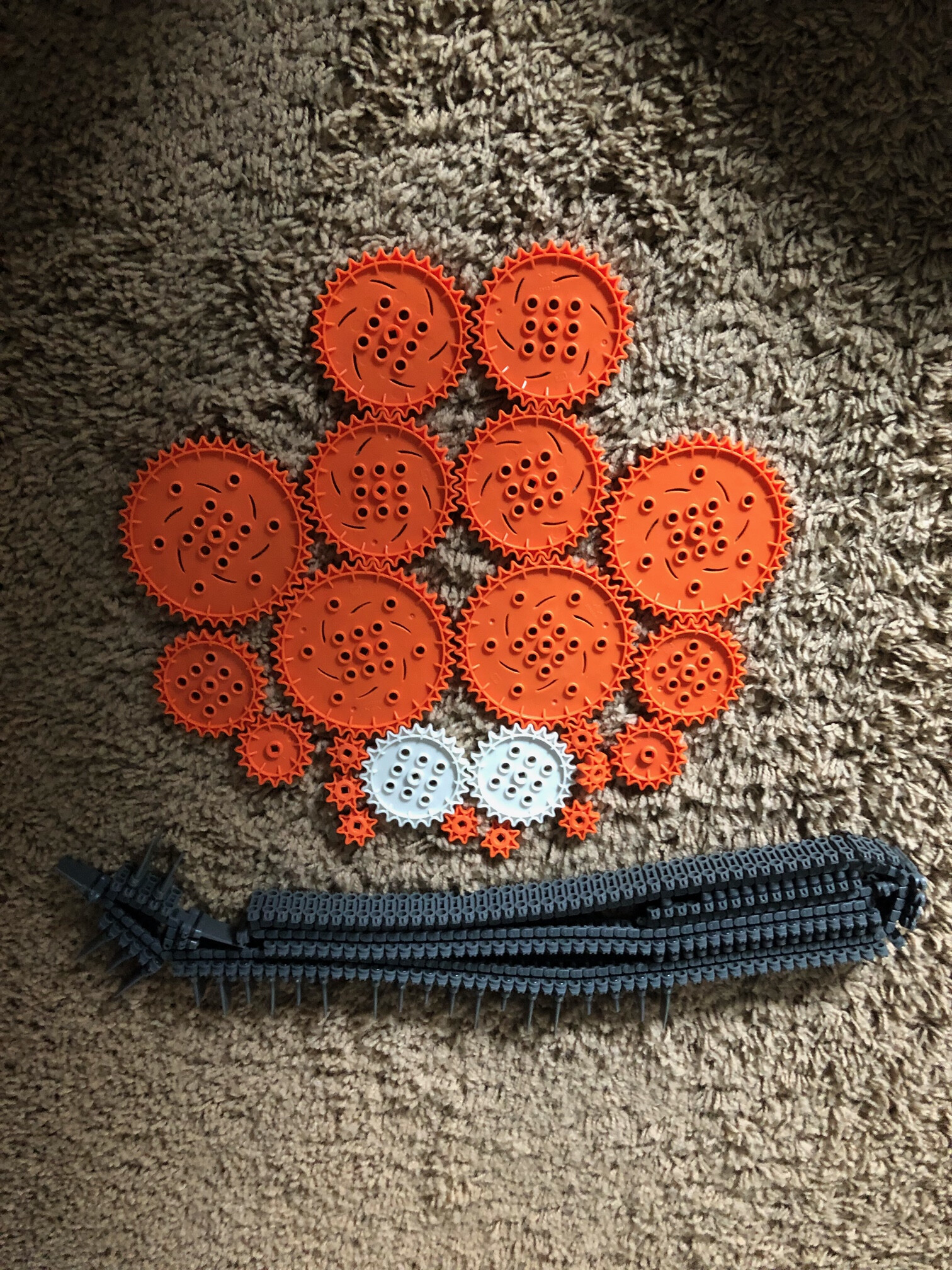 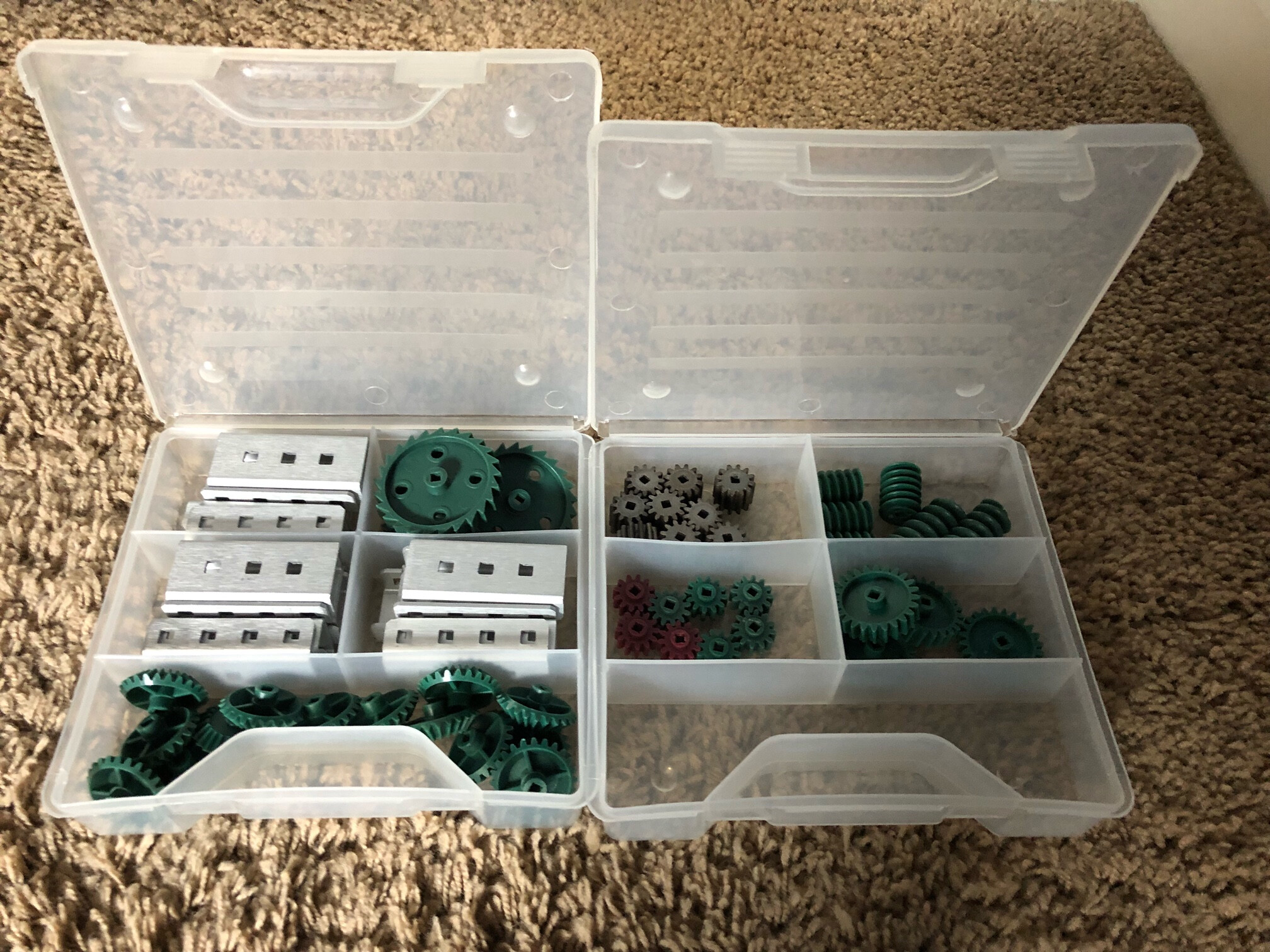 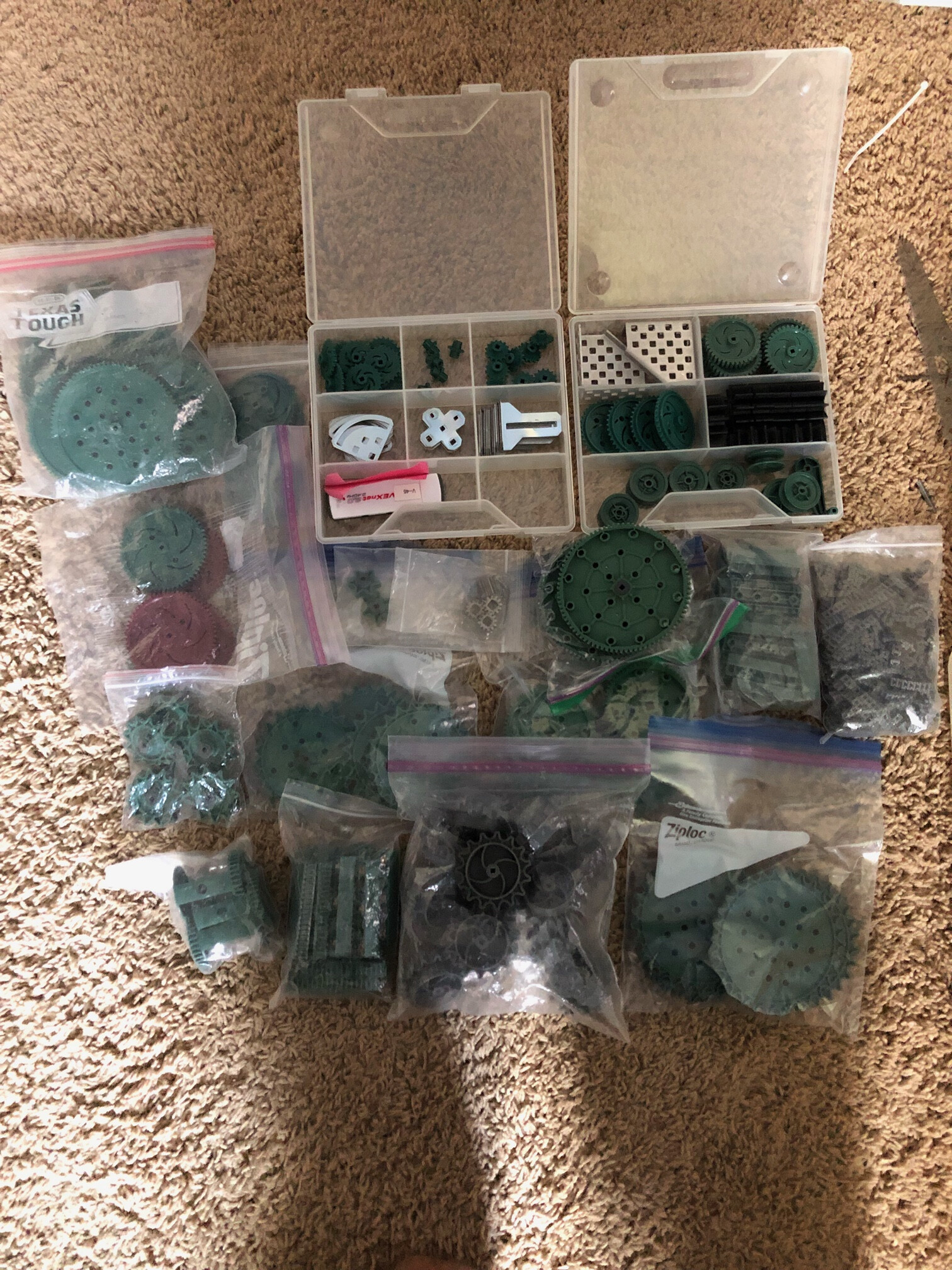 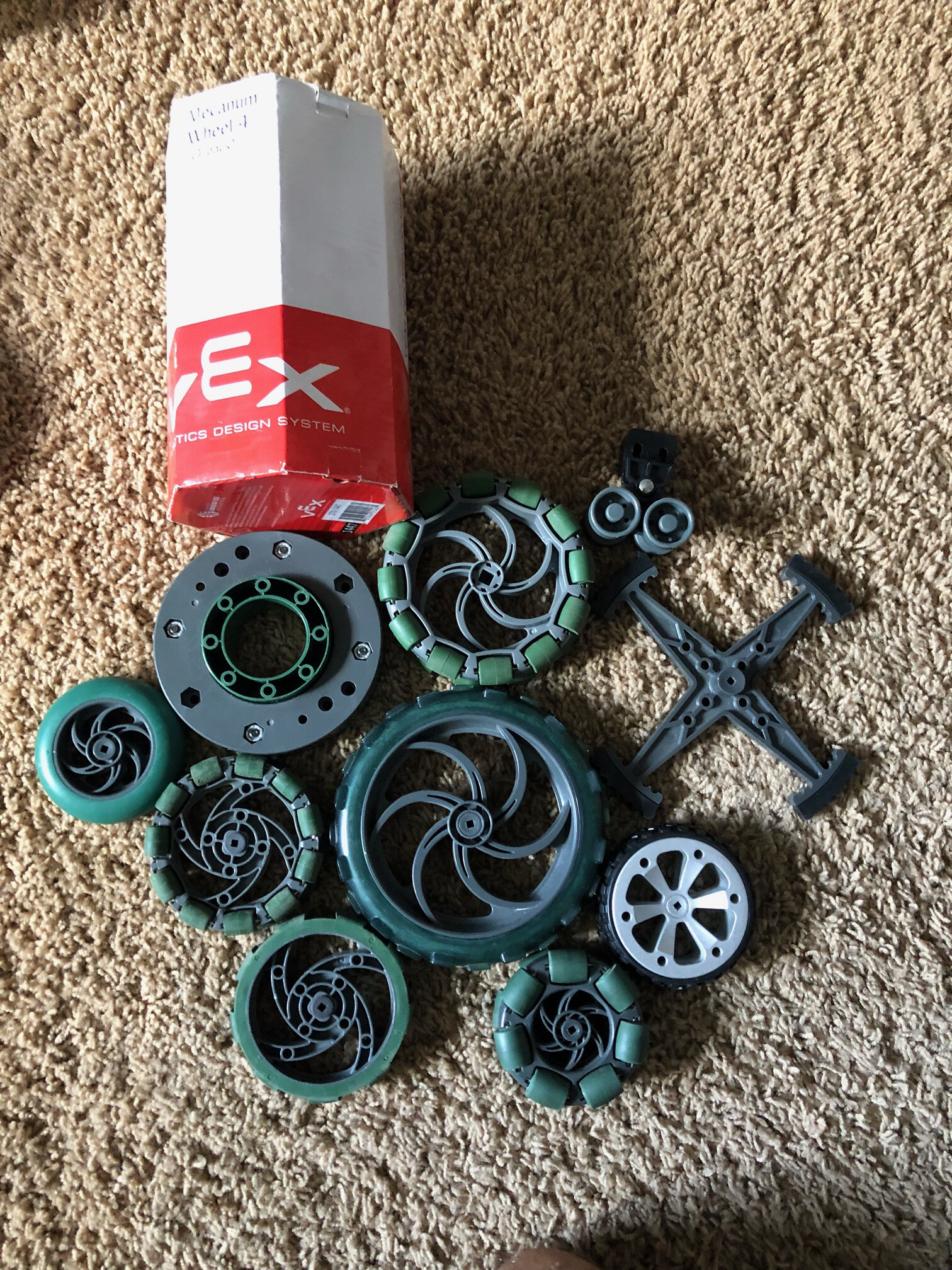 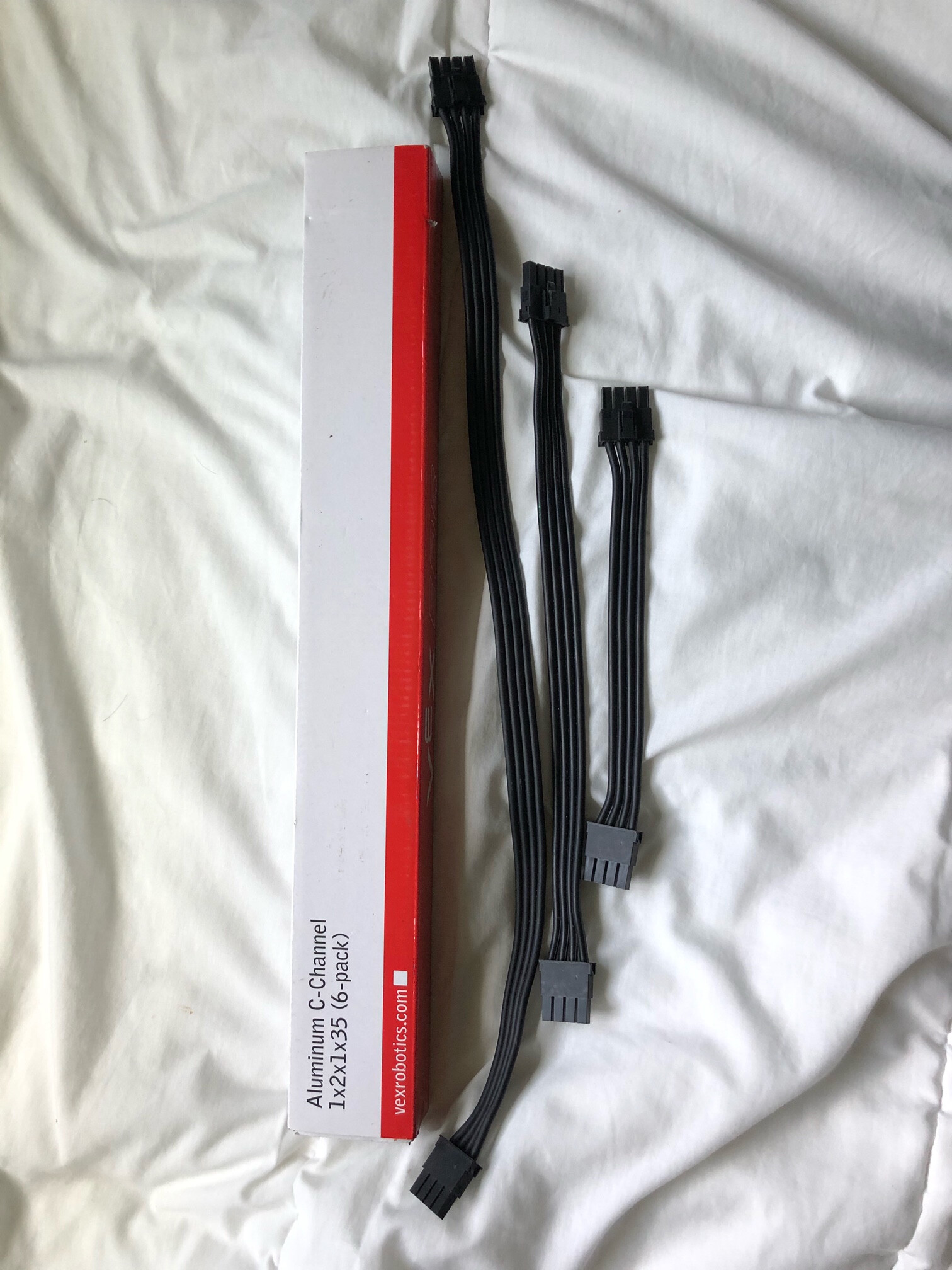 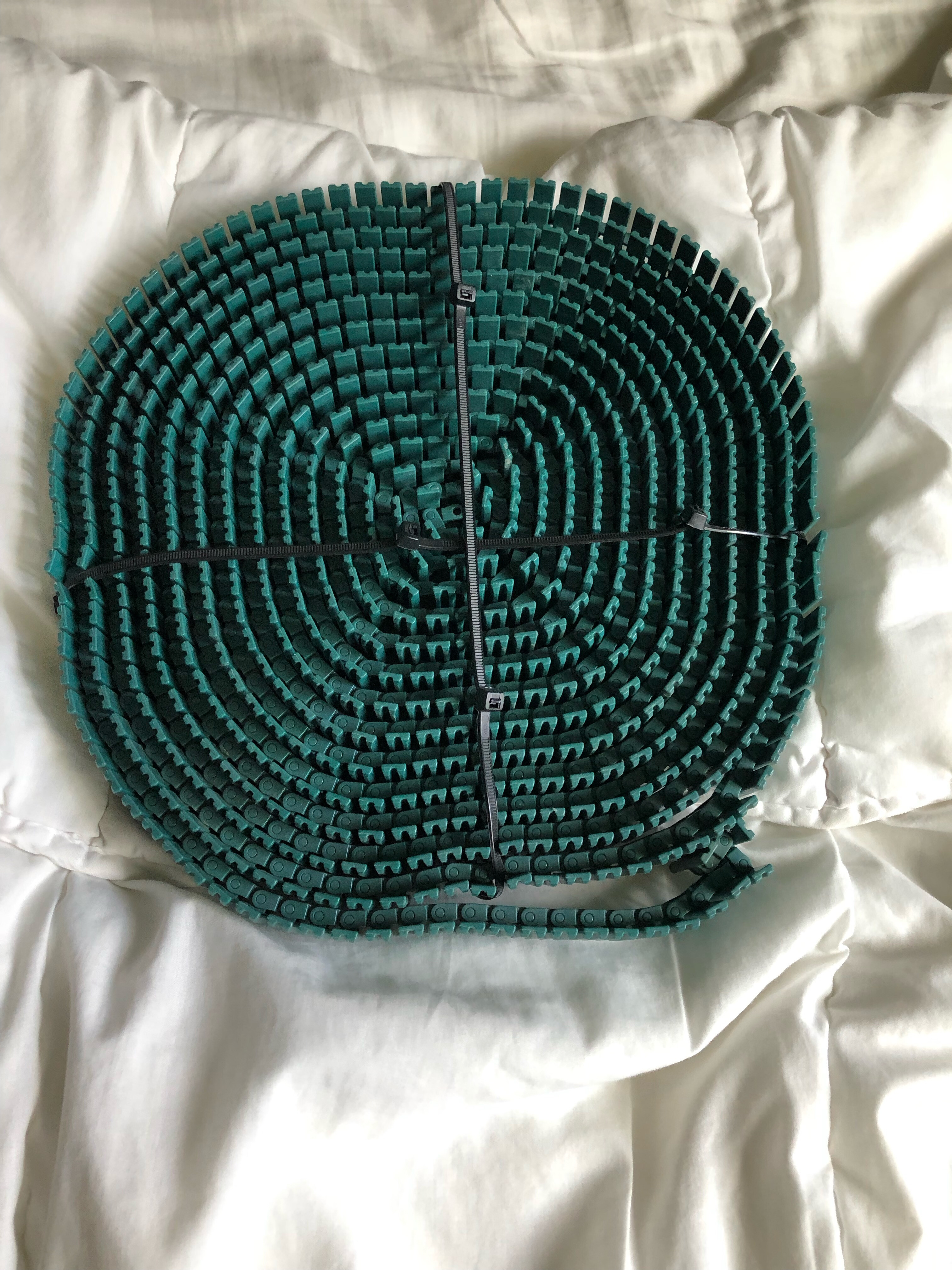 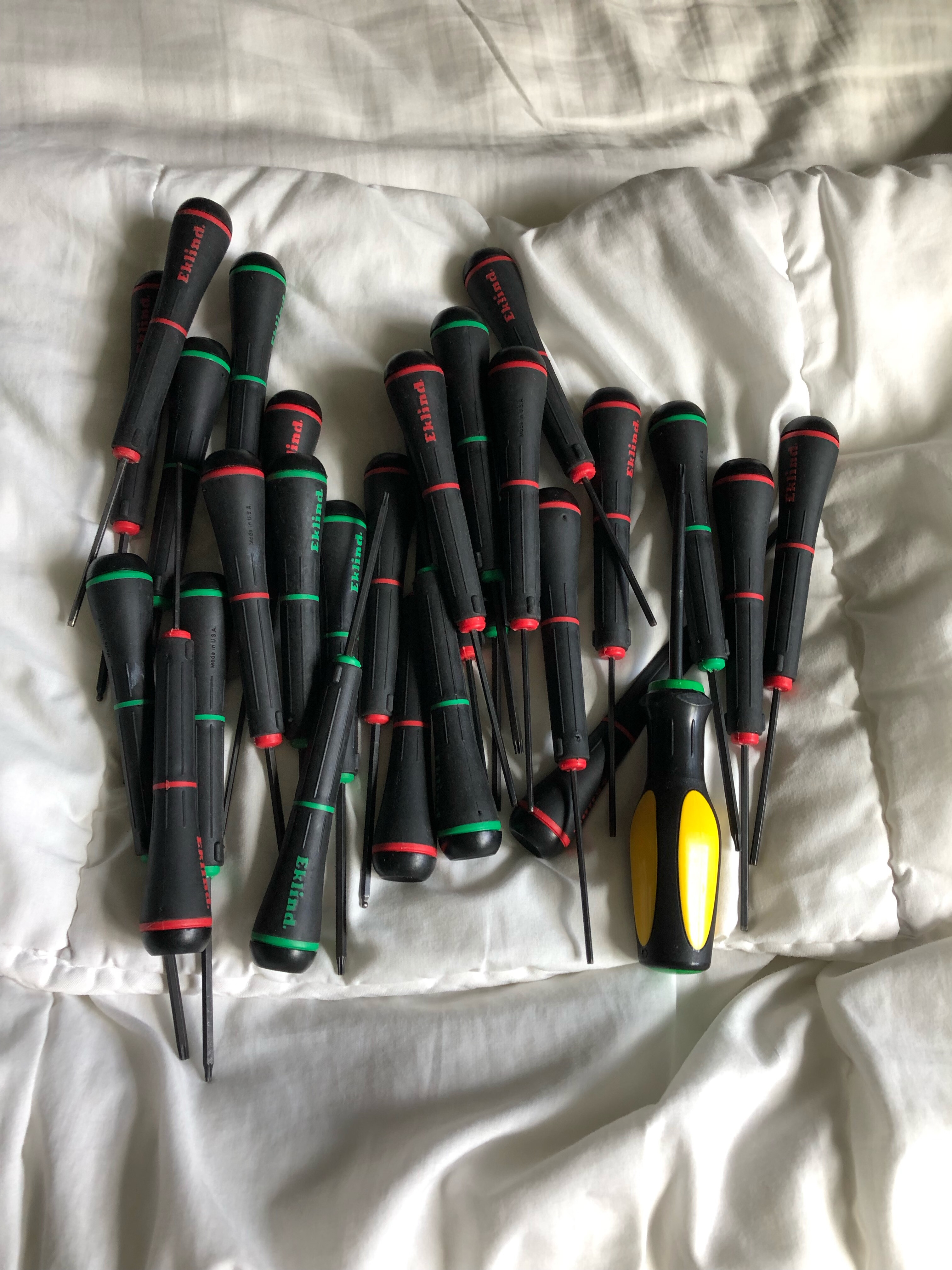 You may want to put each picture in a dropdown menu just to declutter.

i personally find it more convenient to be able to just scroll through it but eh, doesn’t matter much. lots of cool parts there

Where are you located?

im personally located in Texas, but am willing to ship/ drive out for deliveries. However, shipping prices will need to be discussed. I promise to still charge less for shipping and parts combined than vex would.

Is there only Tank Thread and sprokets for sale, or there is more?

If so, yes. The tread links, short flaps, medium flaps, long flaps, traction links, and sprockets themselves are the only sprocket-related IQ parts I have. The quantity I have adds up to 1 complete vex IQ traction and intake kit. I also have the license plate pins and rubber shaft collars which to my knowledge are both also part of the IQ product line.