I have an idea for a passive mechinism that ive been trying to get it to work theoretically for about 2 weeks but i dont know if i should share it or not.

This early in the season, usually yes. It’s better to be known as the team that came up with a good design than for other people to reinvent your work later and receive no recognition for having the idea. I would get your prototype working and post a video and some pictures.

The only good time to sit on ideas would be between the last regional tournament and a week or two before Worlds, when you can be reasonably sure that no one else has thought of it in time to implement it. Then a week or two before Worlds, go public so people will know what your bot can do but not have time to copy it or respond to it effectively.

Ok i see ill wait untill my prototype is fully built and working. Then ill post a video of it. I just didnt know weither or not it would be a good idea to post my idea this early in the season

I’ve had a few ideas I’ve been bouncing off of a smaller circle of people. It’s better to share and get feedback, most definitely.

I’ll probably reveal right before my first comp, though I should go ahead and do it beforehand whenever I get the things actually working.

I think that it is a good idea to share your ideas. The people on the forum can add to it and discuss possible modifications to make it preform better. 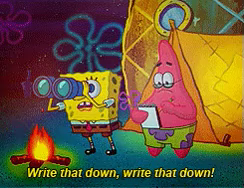 Anything you have right now will very, very likely be improved by discussion with others, while others’ direct ideas aren’t always necessarily viable, small parts of them will immediately improve your thought process and give you ideas.

If it’s game-breaking, by all means keep it secret. I’m going to go out on a limb and say it’s probably not that crazy; further, someone else has probably thought of it and can help you out. Right now is what we call VERY early season

If it’s game-breaking, by all means keep it secret. I’m going to go out on a limb and say it’s probably not that crazy; further, someone else has probably thought of it and can help you out. Right now is what we call VERY early season

This is kind of why I’m posting less than I will later on in the season. I have all intentions to share my ideas, but not until I can profit from the newness.

Everyone share your ideas so that I don’t have to come up with an original one.

This is another reason I don’t share my ideas until pretty much everyone else has at least a concept. It takes a lot of fun out of it when you just copy someone else. (At least for me)

You will be fine, because the season just started.

So unless you feel that you have “maxed out”… then you might want to keep it to yourself.

But of course, there is also a distinction between sharing ideas, eg. the intake, etc… and revealing the entire robots.

I can imagine most teams will only do their reveal either just prior to their competitions or only after the competitions. This is reduce the concerns of opponents doing a hole-counting on your robots, and eliminate whatever competitive advantages you might have.

But if it is just to showcase how the intake system work, then I think there is no harm in sharing it earlier… like some have already mentioned, sharing the idea earlier also means there is a possibility of getting constructive feedback to improve on the system/module.

We were hoping not to reveal the mini-4bar mobile goal intake too early.
but well… eventually other teams figured it out on their own… and it went on to become the mainstream design.

So lesson learnt - not much point holding back ideas or designs… eventually someone else will figure it out.

For the past few seasons, most of our approaches or early season reveals went on to become the mainstream designs even up till worlds.
eg.
nbn - it was still mainly single flywheel all the way to worlds
starstruck - still either reverse dumper or forward dumper… and the hanging method was the same…since singvex till worlds
itz - essentially still the same approach to the internal stacker design that we had in singvex
tp - well… glad to still see many 2bc around in worlds… but i must say that the single puncher won many teams over.

But of course… i do wish more credits were given to my teams for being the first to implement all these “meta” designs.
But still… for the greater good of vrc… all these reveals do help to level up many teams

I’m largely keeping my ideas to myself, but concepts should be freely discussed.

Everyone share your ideas so that I don’t have to come up with an original one.

My team has already redesigned our mental and sketched robot about five times. Sharing ideas won’t hurt. Besides, your robot will undergo major changes throughout the season.