Also, which design do you think is better.

I would say 2 sprockets, because they can grasp the cube better when you are putting it in a tower (if you have a complex tray). They also give you more compression.

@RoboCatz
same, but I have seen other teams use only one sprocket on each side, even good Chinese teams.

Even the VEX design uses two: 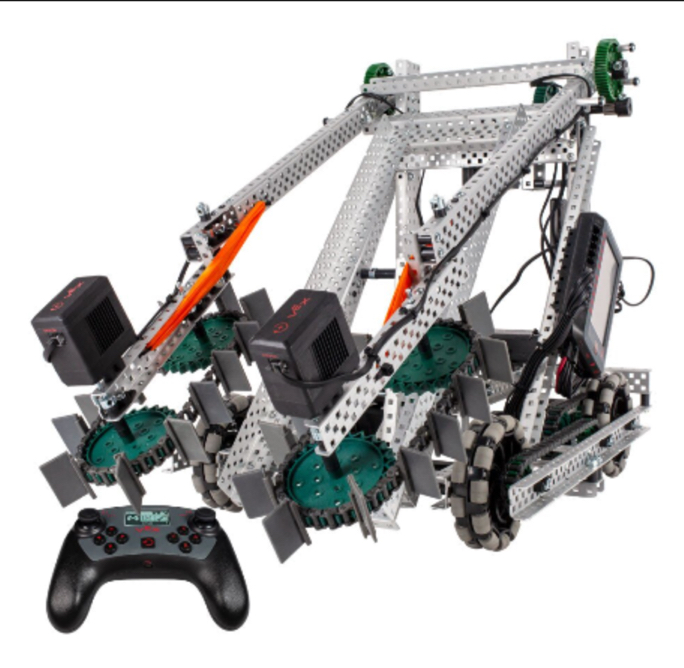 Hey… the v5 clawbots in reveal videos are godly, I wonder what this will do… proceeds to levitate above the field

I honk the design that vex made is pretty good, the intake rollers that don’t have flaps use standard chain to reduce weight. @DRow willl there will build instructions for it? And if so when will they be released?

How 'bout they don’t make instructions to build stuff and we just design ourselves.

I don’t use that type of intake for my tray, no leekz

In some of the older animated reveals, the robots actually did levitate.

Why was that, what software was used to make the levitating effect?

Just look up First VEX Challenge and you get all the answers.

Are you the one who’s been dropping hints of your cascade bot?
Because you make me want to hack your camera to see it

Jk I dont even know how that would work

No, I don’t have a Cascade lul, I did last year in early season tho. This year I have a tray with a, different, intake

A little birdy told me it would not be released…

I think your talking about @Deicer

Quick update on this. The Build Instructions for the V5 Competition Super Kit Robot, “Stack” are now online. They can be downloaded here:

Add a two stage flipout and maybe even a cascade. With good coding this could honestly make states (maybe even worlds) depending on region.