On a whim tonight while I was perusing the game manual to see if anything indicated the starting position of the purple dispenser (didn’t find anything in the 0.1 version), I noticed this discrepancy in the yellow dispenser and the angle of the ramp. 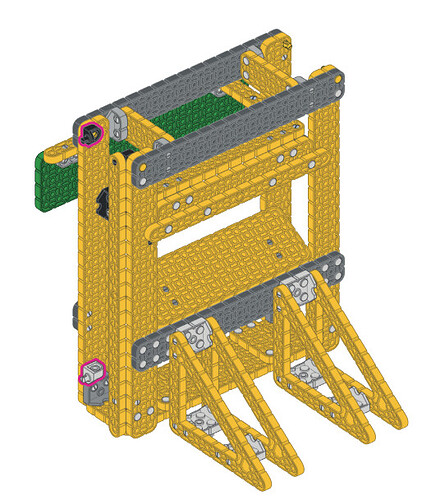 image514×609 125 KB
Note the ramp leads down to the same side as the triangular braces. 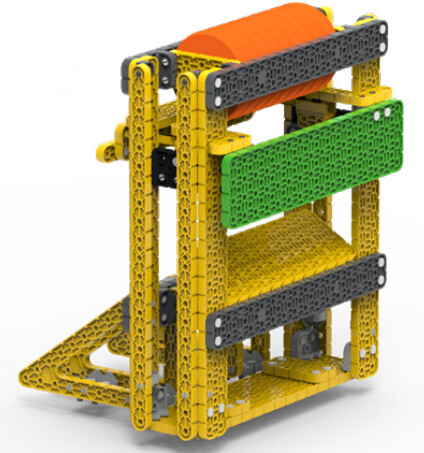 Note the ramp is oriented to the same side as you would go to press the drawer to release the pucks.

Now, I’m assuming the field manual is the correct orientation, and the game manual should be updated to match. I’ve not seen any other notable discrepancies on the dispensers between the manuals. It’s an interesting hint that the ramp must have originally been the other direction, but that would have made it much easier to drive a bot straight up to it and have it go straight into a collection mechanism; turning it around to the other side makes that a much more difficult task to achieve (unless the field assembly instructions are actually in the wrong, but by now, I’m guessing it’s the right way no matter what

Not sure if there’s a better sub-topic for this to get put into, or a certain person to tag (@Sidoti ?) to see if the right image can make it into the v1.0 game manual update.

Good catch. The reveal video also shows pucks opposite of the button.

I’m assuming the field manual is the correct orientation

I would agree. The field CAD aligns with the build instructions, as well: 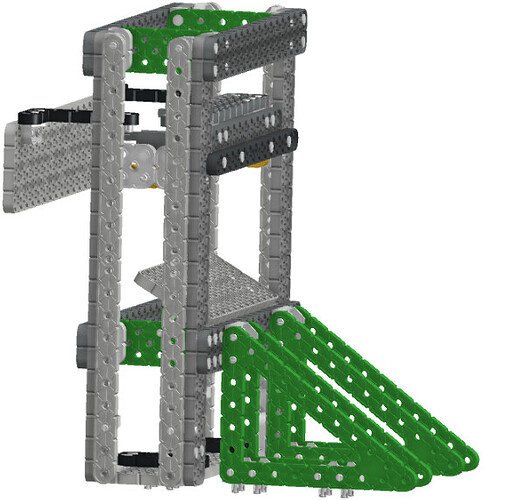 Yes, the game manual render seems to be incorrect.

The ramp should be oriented such that the discs exit from the opposite side of the green 4x16 trigger plate.

My other favorite thing about the manual version is that the pucks are levitating, with the trigger plate pushed in like it is.

One more discrepancy brought to my attention from @botcats1018 : Figure 8 (second half) does not match figures 10 and 11 as far as where the scoring zones are. Figure 8(.5?) makes the zone between the contact zone and the white goal zone appear undefined.

Assumption is that Figures 10 and 11, and accompanying text, is correct and that image needs clarification (or removal).

I would agree with that based on the language in the other parts of the manual. Figure 8 (the right part) does not appear to be correctly highlighted. In fact, the dividing line between the 3-Point zone and 4-Point zone isn’t including the black line like it should be according to the rest of the manual. For a diagram about the goal zone, there’s really no need to label or at least not highlight the contact zone anyway. There’s definitely a weird shadow or random horizontal line in that diagram that doesn’t make sense.