I haven’t been able to get more than 15-20 in the goal consistently with my robot, even at close range, without missing more than one in a row. The disks are a lot more slippery than I thought, and so they like to slide out of the goal since they are spinning really fast.

aight, discs. no field yet, but just from looking at it, and from some people who have the fields already, using your hands, you can place 25 ish in. no robot will be able to match the precision of, yknow, hands, so i reckon 20 will be the max for really well tuned robots

I am curious, just because I have never used them myself and I do not have access right now, I do not understand mecanum wheels fully. I just keep thinking about it and assuming they would mess up driving quite a bit. Can you explain them a little?

Try checking out these videos. 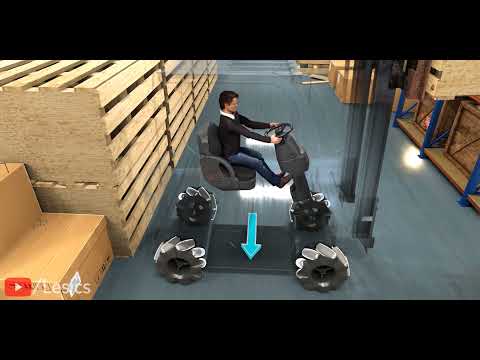 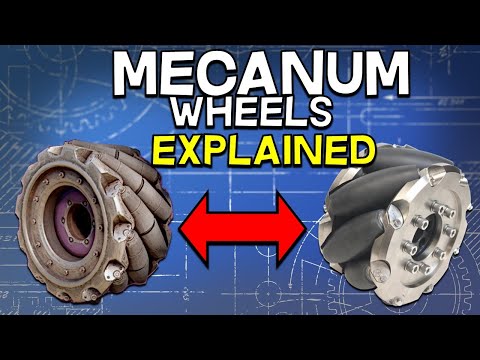 Thank you so much for the very quick response, I will definitely check out the two videos! 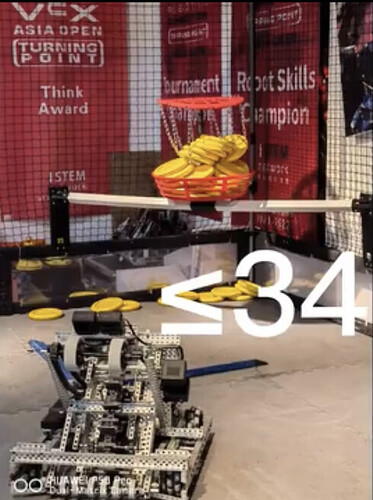 As most of y’all have already seen by now, rookie FTC team 18438 Wolfpack Machina sums it up succinctly in their MTI Hardware Award submission video: 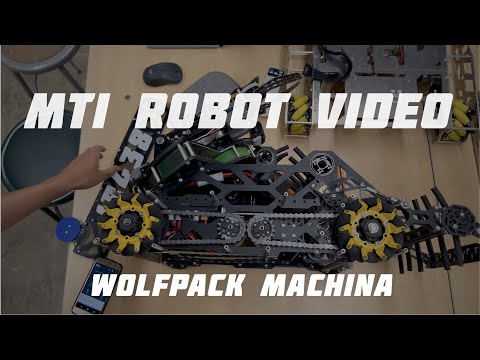 Why is it that there are always a few teams that everyone else bases there designs off of? (Rhetorical) I’m thinking about designing several possibilities next year before even looking at vexforums so my ideas will be different. When everyone does the same designs, it’s easy to come up with a useful counter. I don’t know, just food for thought- not that everyone here hasn’t thought about it at some point.

Why is it that there are always a few teams that everyone else bases there designs off of? (Rhetorical)

I know it’s rhetorical, but here my 2 cents anyway:

This is one area where I appreciate the FRC method of a build season, where you have only a a short time from release of game in January, to competitions just a few weeks later. There just wasn’t time to see what powerhouse teams were going to do and copy them, so there was a wide array of designs. Of course, many teams (if not most) had a heavy influence of mentors and engineers helping with the design. But there wasn’t really much choice: FRC bots are really expensive, relatively dangerous (especially with pneumatics…large bore air cylinders for example) for a novice team without experienced supervision by mentors, and you only got 2 competitions to “get it right” with little time for redesign between your first and second comp.

In VEX, there seems to be a heavy reliance on copying early-season successful bots, not to mention that many teams wait for the current season pre-designed trainer to be released, and then use the trainer for competition (perhaps with some modifications), rather than look at designing anything on their own.

FRC seasons are 6 weeks of build then 8 weeks of events and then you are done. So from the first non-new years Saturday in January to May. It’s a frenzy of activity and then it’s done.

The VRC/VIQ seasons are year round.

I prefer the FTC season. I get a break across the summer from the build season mania. Teams can do explore builds (like working on better base designs, build techniques, programming with sensors, etc.) without feeling like that it puts them behind.

But I get that lots of places the school year does not match up with the US school year and that makes and added disadvantage to them.

few reasons why in vrc a “meta” develops in almost every game.

The meta each year is not fully established by one team, but once a dominant strategy is discovered, it almost always gets optimized and iterated again and again by competitive teams until it becomes virtually impossible for any one team to make a design which can effectively counter or even compete against the meta.

This isn’t necessarily a bad thing, it’s just how it is in vrc.

At least for this game, there already has been a competition season for a similar competition with a similar task. Simply put, FTC teams in Ultimate Goal, without knowing it at the time, have paved the way for this season’s VRC meta.

The reason why their designs and robots are pointed to all of the time is because whether you like it or not, they have done some of the R&D for us. For a lot of teams, it’s easier to accept their work at face value than to do the work themselves. This has happened and will continue to happen every season.

That’s why so many Chinese and Boricuan teams copied 254 during Clean Sweep, and why many clubs in China (and far frankly in the US as well) seem to copy the same design. With the hard work taken care of, teams can spend more time on driving (more like a lot of time) and programming.

yeah i saw the video lol

Does anyone know how they attached the two main uprights at the front of the robot? It seems as thought it’s on top of and at a right angle to the drive base c channel, but I can’t figure out how to attach it like that.

Tell me you’re not copying a bot… seems a little suspicious. But as for your question, I would do it a little differently than they did and use the 90 degree brackets and the slip channels. Really, anything except for the cursed gussets works fine

Thanks! Dw, we’re not copying it exactly, but we are doing a similar design and I’ve run into the same problem with how to attach the vertical structures while maintaining as much room as possible in the middle for the intake system.

i see that this post is pretty old, but my team is doing a similar design. we’re struggling with how to mount the plexi for the back of the intakes, and what angle to use so it can consistently pick them up. any tips?

This may not be exactly what you are looking for, but this may be helpful: 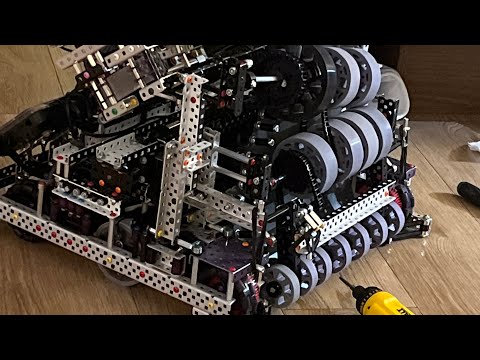 Ben does show some close-ups of how his intake polycarb is mounted.