I’m looking for info on swerve drives and would appreciate links to info and commentary on (but not limited to):

Every year I try to learn one new concept, and this will probably be it, unless the new game heavily favors something else, like this year’s holo-friendly game.

I am still hoping Vex will produce a small, medium and large lazy susan we can use for swerve modules, turrets, cranes, etc.

I tried using servos to set (via open-loop commands) the wheels’ angles and found that they would never align well (the 4 wheels were never parallel “enough” to make me happy after the bot started moving).

Linking wheels together with gears (daisy chaining lots of 48-tooth gears is one option) or chain or another mechanical method might help keep them aligned better than just sending open-loop commands to servos.

Using pots in a closed-loop controller might help align them better than just sending open loop commands to servos.

Chief Delphi is probably a good place to look for whitepapers and threads on the subject.

Last summer we did a number of sessions on creating a swerve robot for FRC.
You can read the details in 2009 Summer Program. There are links to the swerve build pictures and drawings.

We used the pots for positioning information. Our lead student programmer came up with code to keep the pivots from doing a 360 turn (crossing over the deadband of the pot). The robot had the cRio mounted on it since it was an FRC protyping effort.

Key thing we found is that the wheel alignment is important and that the pivot angles are slightly different on either side of the robot. There are a number of papers that explain the steering in great detail, let me know if you have questions.

The swerve worked well on the VEX and we had very good success on the FRC robot this season. The VEX version was easy to drive and was very fast and agile. The assembly we used was very sturdy it lasted for hours of drive time even with the extra weight of the cRio.

Thanks for the ideas & photos. This should prime the pump on the build, and who knows, it may come in handy for the next challenge.

I’ve seen some issues with swerve drive having a slight delay from having to reorient the wheels, but it’s maneuverability pretty much makes up for it.

Our robot coming to Dallas this year is a swerve drive robot!!! Ive been working on alot of issues with it, but through trial and error have come to love it.

1: The main issue with the swerve drive is the time it takes the wheels to turn to the orientation needed. Although it is very maneuverable, it has a large learning curve. Although, knowing that you’re using the power of all 4 motors definitely is worth it.
2: We use a potentiometer to determine wheel position. All 4 wheels for us are hooked together via chain (and a motor to turn the chain/wheels) , and to make sure there are no wires getting caught in the wheels we only give the motors a 135 degree range. When it comes down to it, it’s a rather simple program, but has ALOT of trial and error. I’ll happily post my code and design online…But wait until next Monday

(you will not be moving the wheels in pairs btw, considering the pairs will change every 45 degrees of turning)
3: Our robot because it is a swerve drive has ALOT more pushing power than other robots, as well as speed. With a holonomic drive system (which our original robot had) you loose a percentage of power because all wheels are at 45 degree angles. With this, no matter what, you have all 4 wheels facing the same way, giving you full power. When it comes to the robustness of the design though, there are some issues. The wheels seem to bend inwards/outwards, so there needs to be alot of support, OR downwards pressure. That and a high center of mass can throw you off.

Hope any of this helps. If you need any info, seek my team out at worlds. If you wont be attending it, ask me for some pictures, and ill post them sometime soon forya. Goodluck!

Spotted this thread on Chief Delphi 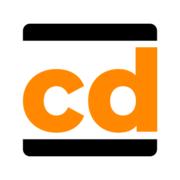 My team is trying to prototype a crab drive over the summer so we have it in our arsenal. We’ve looked extensive at ways of setting it up, and ways of programming it, and have some questions to teams that have done this long-term. We’re looking at...

If you wont be attending it, ask me for some pictures, and ill post them sometime soon forya. Goodluck!

I wasn’t there and would love some pictures! It may be a while before we get to it, as there are now lots of other ideas flying around. However, with defense being a big deal, it may prove useful.

Is there any way to make it so they can go in a complete 360-degree rotation multiple times without getting cables stuck? Are we allowed to take the ends off wires, and put it into a track that transfers it to another track that will run wires to the wheel?

You could do that for 360+ degree movement, but it would not be competition legal. You can not modify any electrical components for VRC.

Is there any way to make it so they can go in a complete 360-degree rotation multiple times without getting cables stuck? Are we allowed to take the ends off wires, and put it into a track that transfers it to another track that will run wires to the wheel?

Coaxial swerve drive. Use bevel gears to drive the wheel and then have the output shaft stick up out of the module, offboarding the motor completely. Bevel gears tend to be rather annoying and a little more inefficient, but if you can figure out a way to make them work, more power to you.

For a Vex application, if I decided I really needed a swerve drive (undecided on whether or not to try it on one of the College Challenge robots) there are a few ways I’d realistically consider doing it.

[LIST=1]
*]4 motor, 4 servo: Most manuverable and simple zero point turning but then you have but two functions for your manipulator. I wouldn’t want to use only one motor to low hang (then again I haven’t done the math on the 2 wire motors yet…)
*]4 motors, 2 servos. Less control, but at least you get more motors for your manipulation devices.
*]6 motor coaxial “powerplant” and 1 servo: More power, and to avoid using too many motors only very limited (but simple) steering.
[/LIST]

It’s really easy to build a swerve drive out of the kit with 8 motors just to test programming. You can treat all 4 servos as one if you want to see how much of a control drop you suffer without independent steering, and you can make better decisions than anything I could post.

My personal opinion: Swerve probably isn’t worth it, but if I did do it, I’d probably build a coaxial powerplant.