Switching to a 6 wheel drive

Hello,
Our team wasn’t sure if it would be a good investment of our time to switch to a 6 wheel drive. As of right now, we are using a 6 motor drive with 4 wheels. Last tournament, we noticed that we were getting pushed around really easily and saw that some other teams were using 4 omnis and versa wheels as their centre wheels. Unfortunately we have a few C-Channels that connect our drivetrain to the rest of the robot. 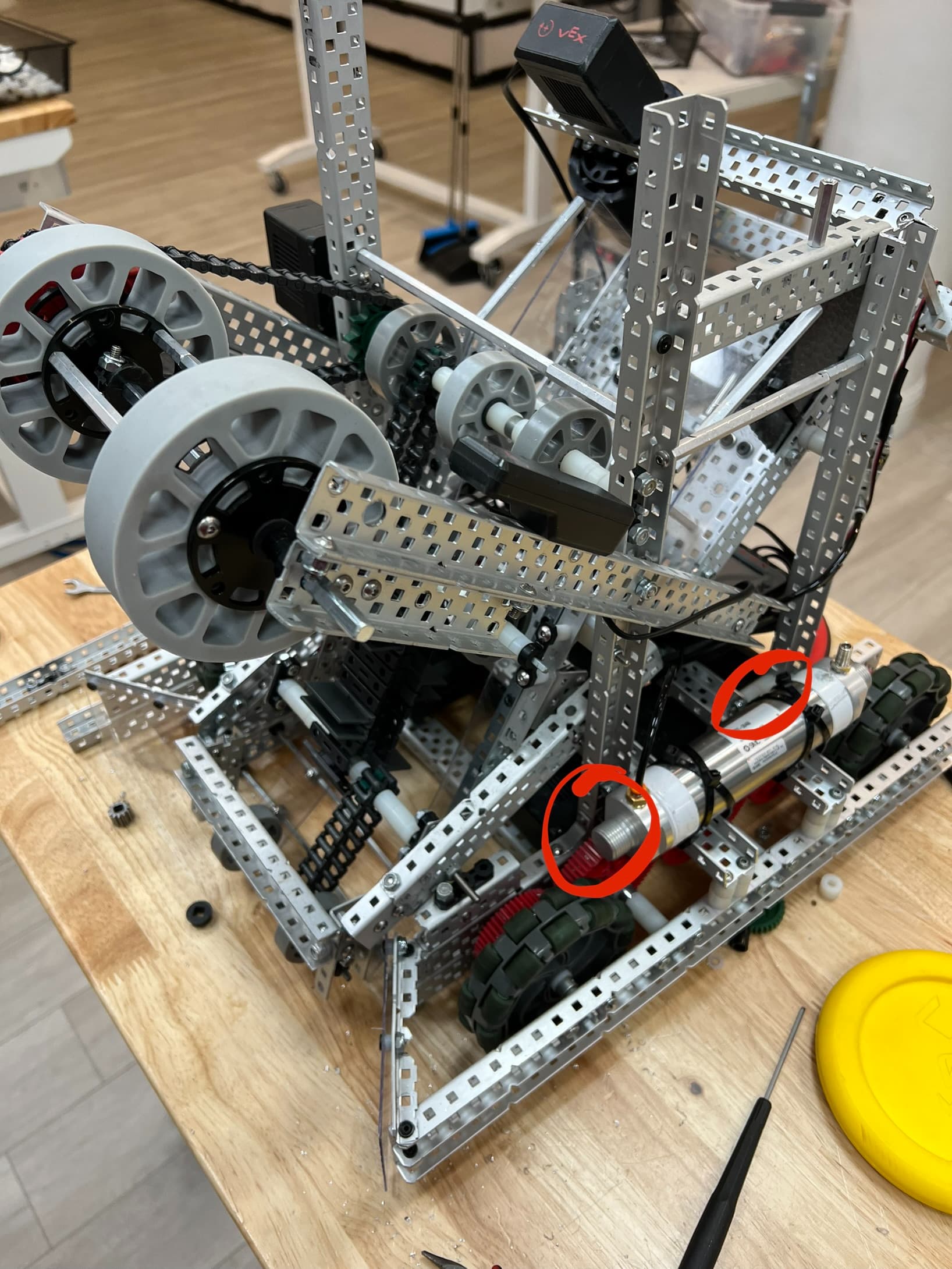 So we were wondering if we should go ahead and change our drivetrain to have wheels or if it would be a good idea to just go with what we have.

If you have enough space on the sides, you can add skirts. These are side wedges low to the ground which make it really difficult to get a goot point to push you from, and even if the opponent gets under the skirts, the one on the other side will dig in and prevent them from pushing you.

Nice robot! It looks like those c channel crossbeams are deeply integrated into your robot so in order to add a center traction wheel you will have to move a lot of critical components. Depending on when your next competition is and how much time you have is going to alter the answer to this question. If you do decide to move enough stuff around to fit a center traction wheel then you should probably take the opportunity to make some other large changes alongside 6 wheels. I can’t tell from the photo if your wheels are geared together but if they aren’t that will improve the distribution of power throughout your drivetrain and improve it more significantly than a center traction wheel. Many teams in my area have done very well without a center traction wheel, (i.e., 1469A and 884A/B) The main thing missing from your robot that would definitely be worth your time over a 5th and 6th wheel is some sort of expansion mechanism and angle changer.

Hey, thanks for the response. We are planning on adding an expansion soon. We’ll probably stick with this drivetrain for now and add skirts as the above reply mentioned and get more driver practice.

Thanks for the idea. Do the edges of the skirts need to be rounded or pretty sharp since they’ll need to plant into the tiles? And would plexiglass work fine for this? Also how close would it need to be to the ground?

If you have enough space on the sides, you can add skirts. These are side wedges low to the ground which make it really difficult to get a goot point to push you from, and even if the opponent gets under the skirts, the one on the other side will dig in and prevent them from pushing you.

These won’t really help you any unless you have center traction wheels as well.

They can be rounded, their main point isn’t to plant, it’s just an added benefit. They’re mainly to prevent you from getting wedged under, but they can also wedge other bots trying to push you, which is why you would want them. Get them close to the ground but be ready to sand or cut off a bit in case the robot sinks on the tiles or the skirts scrape. And as VexTeamZ says, these won’t completely fix the problem, because you still have omni wheels. These just add a little bit more defense.