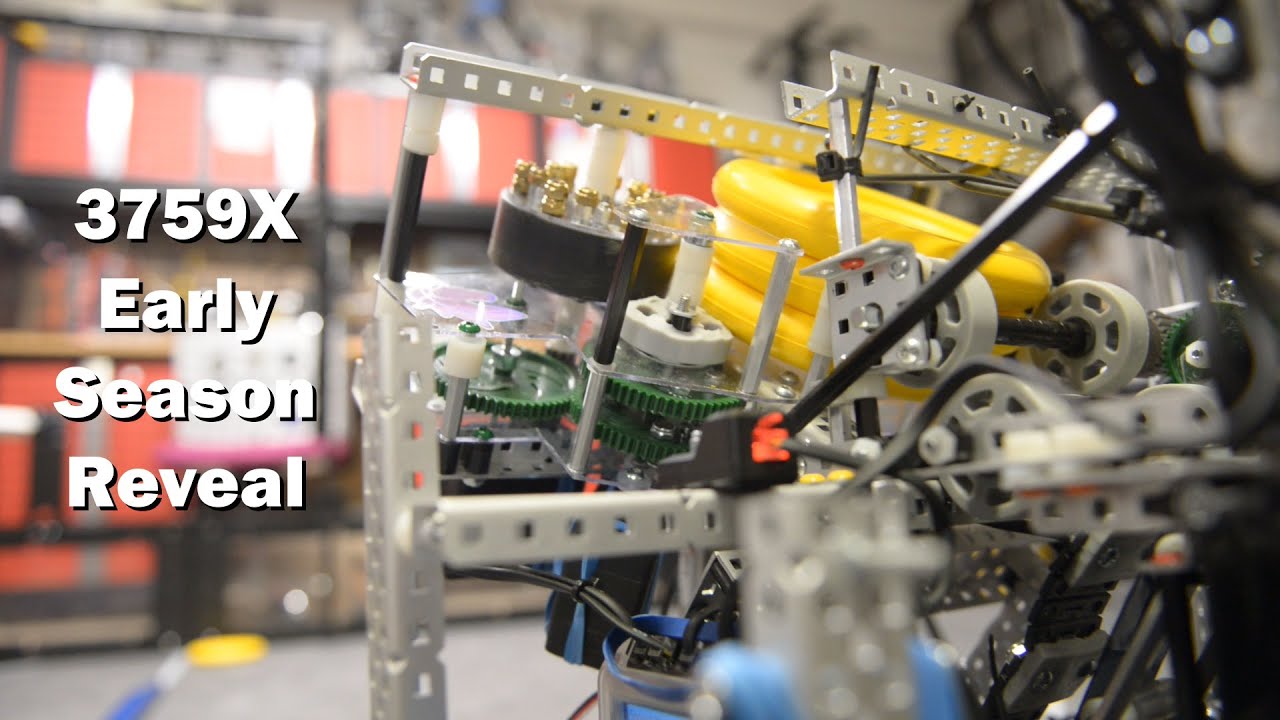 Here’s a link to our mall of america robot!

that’s a lot of flex wheels

Looks good! Excited to see you there

You stole my angle changing thing ._.

really good robot but i didnt see any expansion

That 24 tooth bit of metal has a substantial heft to it. Given it is small and probably fast moving I could see it posing a potential safety hazard depending on it’s trajectory. Add to that it will probably be hard to see in flight

While getting poked in the eye with that would not be fun, neither would getting clunked in the head. I don’t think there would be many takers to having 4 people throw various vex parts at them from different angles.

If I were an Inspector and saw a device like that, I’m pretty sure I’d keep an eye on making sure the device was safe. I did like the rule that was originally in place that restricted the height of these endgame projectiles to 18 inches. At least then, it’s “only” going to hit people in the legs (well, maybe still a problem with raised fields)

Does the flywheel be fully powered by both motor before and during shooting?

It is 2 motors before shooting and 1 motor while shooting

Remember flip out trays from TT. Those things were heckin dangerous. This is nothing, so long as they don’t go very high and stay in the arena.

As a head ref, I would have them launch during inspection to make sure that it is within the 16 or so feet that represents the diagonal range of the field.

Side note: I’m really loving these robot reveals teams have released so far. I can’t wait to see this game play out later in the season.

Sigh, if only they would reply on time…