Just as the title says, We here at Robodox 599 have officially finished a 2 speed, easy to fix, transmission system, that runs in the base, and has real world competition use-cases. This is an update to our previous post here where we show off the specs and how the base works. But in that post we did not show the bot actually carrying goals or shifting on it’s own while driving. But in this post we’d like to officially say, that not only have we managed to mount the transmission system to the base, but we’ve also managed to carry the robot and three goals up on to the platform (We tried 4 but it didn’t quite make it). And on top of that we were able to accomplish that task three times! 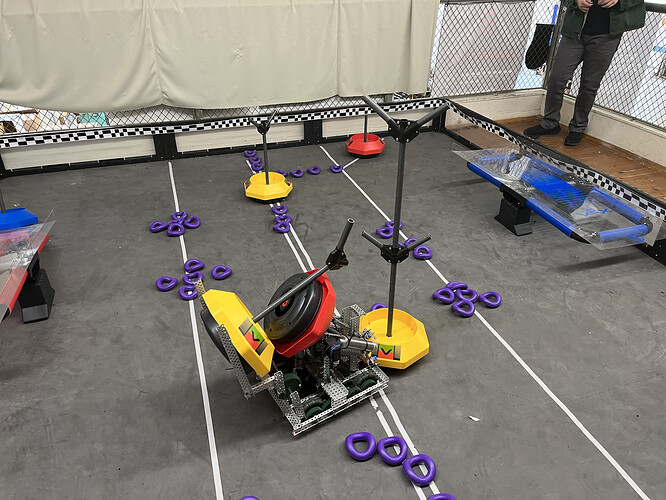 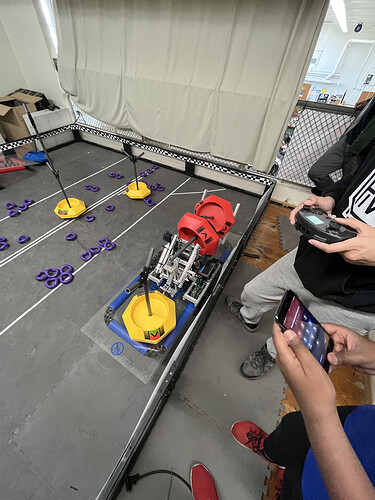 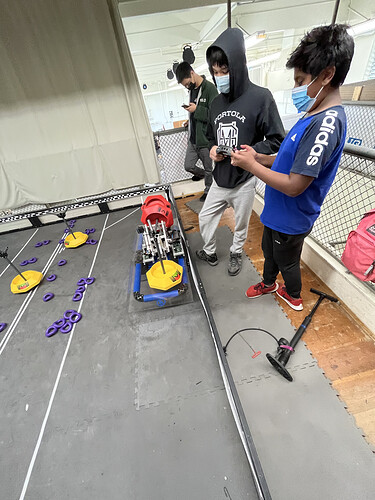 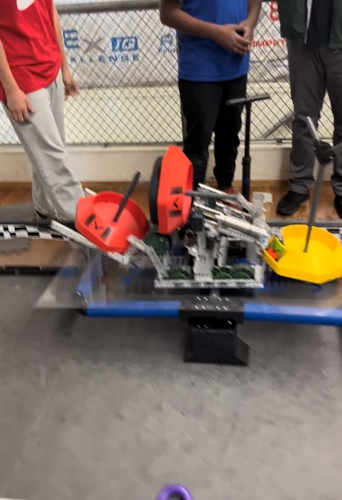 And lastly some videos(once again with my commentary, because I didn’t feel like doing that much editing)

The first ever test we ran with the system fully integrated. There were some hiccups but it functioned okay.

The time we nearly, but unsuccessfully, tried to carry 4 goals

I would upload the video of each time we got up onto the platform but unfortunately I realized that my cinematography skills crash and bomb into the ground as soon as I get excited because upon rewatch I realized that I was getting terrible camera angles that didn’t even show the robot. These were the only videos that had anything interesting that also were filmed well.

New problems with the bot, we have observed two new issues but one resolved issue

-The bot will make massive turns when it should be driving straight due to the claw shown in the video being too low to the ground and pivoting the bot on the mat. Luckily this has been curbed largely by simply lifting the claw a little
-The bot still does make massive turns but instead, this is caused by the shaft collars coming loose and the shaft coming out of the motor. This is a major issue because the when the shaft comes out of one of the motors it shifts all the work to one motor which can lead to overheating or the base just stopping as explained in the previous post. This has been largely curbed by just making sure each shaft has two shaft collars on it to add more structural integrity.

-But, fortunately we have largely solved the problem with the robot getting stuck whilst shifting. this has been curbed by bringing the robot to a complete stop before shifting.

Altogether, with this bot we have been able to score 150 points on driver skills and that’s with an experienced driver who has only started driving this bot today. Showing that driving it is about as simple as can be. Though our season has unfortunately ended, we hope this can show that transmission systems are feasible in VEX V5 and hopefully be somewhat more common next season. Same as the old post, I will take questions in the comments.