Let’s just say that theoretically, a team painted their robot using vantablack.
For those who don’t know what vanatablack is, it’s a paint that absorbs more than 99% of light. 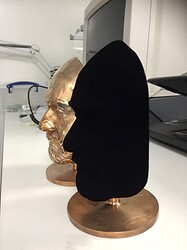 4-Side-profile_Surrey-Nanosystems-768x1024768×1024 75.6 KB
If someone actually did this, what would happen at comps? Maybe disorient other people’s eyes and make it hard for them to focus on your robot? It may backfire onto you at some point but at least it looks cool.
15 Likes
EcstaticPilot October 3, 2022, 3:31am #2

I think this would look really interesting at competitions as you would just have silhouette of a robot with the red lights of wire ports and the radio. It may be hard to see the internals of the robot to do maintenance though.

It may be hard to see the internals of the robot to do maintenance though.

Maybe you could put LEDs next to all your important components so you could find them easily? It would give it kind of a starry night feel along with it too.

Kind of hard to see them when

it’s a paint that absorbs more than 99% of light.

I missed the theoretical part at first and got really excited for a second.

Kind of hard to see them when 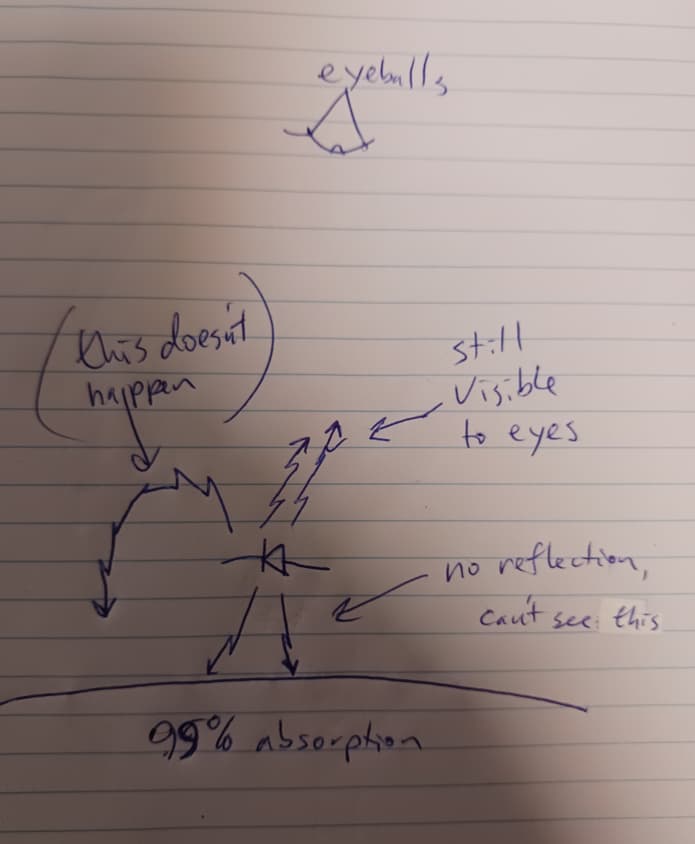 I wish we could do it but our coach doesn’t want us to paint metal. Now that the idea is out there, maybe someone will try it!

Vantablack is tightly controlled, and you can’t really buy it.

I do wonder how expensive it would be to coat an entire robot in it.

Maybe disorient other people’s eyes and make it hard for them to focus on your robot?

I’m all for a VantaBlack robot. You could just drive a void around and confuse someone. Would be a really cool and expensive robot

Vantablack is tightly controlled, and you can’t really buy it.

I wasn’t aware of that, but there seems to be a better alternative than Black 3.0: Musou Black. This paint is 4x darker than Black 3.0. 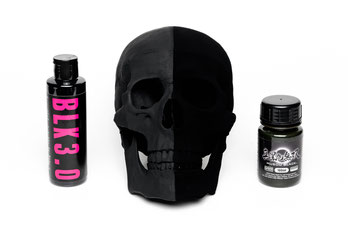 So if you have a lot of money and spare time, you could do it. 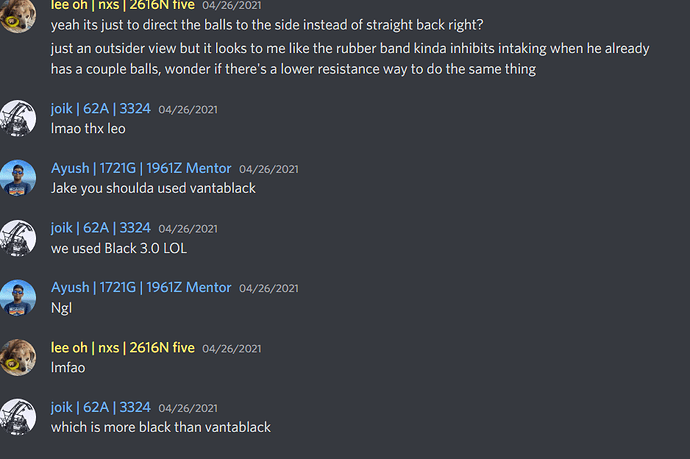 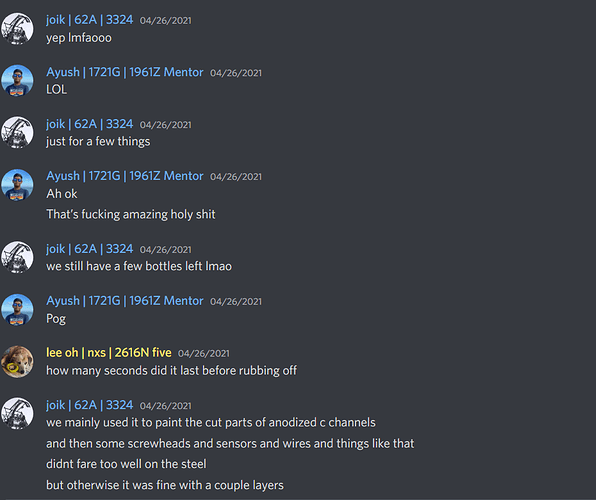 Do you know if there’s a picture of it?

Also if anyone knows about how much paint is needed to paint a robot, we can calculate how expensive this whole thing would be.

Do you know if there’s a picture of it?

I’m pretty sure he’s talking about Vader:
62A VEX Change Up Reveal

Yes, Jake is talking about Vader, his team’s robot for the 2021 VRC World Championship. If you want to ask him any questions I believe he is on here (@ Jake_62A) and the VEX Discord as well.

Yep, back 3.0 is just so much cheaper lol. I think someone with some money can pull off black 3.0.

It’s way cheaper, but looking at this,

it’s definitely worth the money.