this thing is huge!!!

a little earlier i posted a thread on my “new vex idea” and i was gonna’ build a crane (see attached image). well, i have it, i will post a couple of pics in a thread within a day or two. 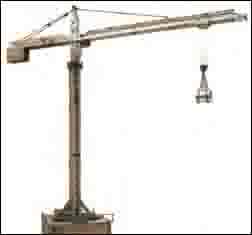 I don’t know why but it won’t let me view it anyone else having this problem it keeps wanting me to log in and I already am.

try logging out then logging in again, might work

Well I finally tryed it on my home desktop which is windows and it works now a little small but ok. Before I was on my dad’s mac laptop.

I needs dimentions, b/c you said it is huge, how huge?

ok, who said that they hate it, and why?

Wasn’t me, I haven’t voted yet. I need some specs on it before I can vote.

ps: sorry for the fussy pictures

It looks nice but it seems to have some non-vex parts, does it?

i have to say it looks pretty big, but you should try and make it on wheels or treads. it looks stable enough.

i dont have another microcontroller or extensions

ok, who said that they hate it, and why?

I didn’t say it, I just voted. If you wanted to know who sayed what, make the poll public. It takes away privacy and may make some people say something else, though.

I don’t think it is as big as what you make it out to be. I was thinking like
5’X3’ or something. You need to build something this size to make it lift 10-15lbs. Put some of the large wheels on it and gear it down so that it is mobile. Then it would be pretty cool.

yea, but compared to the other realy puny robots that i made, this is the biggest, now that i think of it, it is not that big, anyways, i agree

really, you should stick some wheels on it, extend the base a bit and heighten it. It is alot of work, but better results yield better ratings.

nice picture of the one you built so far

This brings up an interesting idea for a contest. Make a robot that can lift a set amount of weight and move it say one meter. Or have a contest to see who can lift the most weight.