After recently watching the “Star Wars” movies (based on a true story), I have a question that I thought I would put to the community concerning supernatural assistance, I suspect many teams are attempting to use The Force during games, and this seems to me to be an unfair advantage, so my first question is: is force applied to objects through midichlorians (“The Force”) considered to be a direct interaction with the object, and if so, is it within the rules to match load and reposition during autonomous using this force. The main problem is that it is almost impossible to measure the physical force being exerted by a force-user, and this could lead to unfair assistance with things like arm raising, and winning pushing battles. This could be moderated by limiting the legality of Force interactions to Jedi (Light side Force users) only, as their sense of justice should prevent any unfair interactions. The only realistic way to identify opposing dark Force users would be from their dark hooded clothing, bad skin, and evil aura. Would this be considered racist against bad skin emos with a naturally broody aura?

Although this is unlikely to be a widespread problem until the Jedi temple starts a team, there could be any number of Sith that have already infiltrated regular teams, and are changing the outcome of the game to suit themselves, you only need to watch Star Wars Episode 5, in which Yoda raises an entire X-Wing Fighter out of a swamp, assuming that the extra friction from the viscosity of the swamp is about 1.5 times an unencumbered lift, and with the stated weight for an X-Wing at 13,600kg (roughly 30,000 pounds) this is the equivalent of 90,000 sacks without the use of a single motor, so another question is: is the force limited in the same way as motors, or similar to pneumatics, where you can use whatever you can afford?

There is also the possibility that members of the audience, or team members not part of the drive team could control the game in this way. This may account for the unpredictability of Vex Net, which has previously been blamed on Wi-Fi interference, perhaps Vex should consider employing strong Jedi as refs for important tournaments to control supernatural influence? If a team does elect to use a Jedi/Sith as a driver, could their inhuman reactions and senses be moderated by making them wear a blindfold during the driver control period? (Although this has proved to be ineffectual in the past.) This could also have a negative effect on the programming skills challenge, because the Jedi in question wouldn’t even need a code in advance, and could just push their robot wherever they wanted, even climbing over the troughs if need be…

What is your opinion on this issue, are you a Force user yourself? Or have you played a game under the influence of one, and how did this affect the game for you? Perhaps Vex is already aware of this issue, as the hovering robots seen in the 2011 Gateway reveal animation bore many similarities to the training droid used by Luke in the 4th and 5th Star Wars movies, and Perhaps this would account for many teams’ impossible claims about the speed and capacity of their lifts, and how 450 driver skills could be achieved.

VEX Competition Perimeters are coated with “extract of Ysalmiri”. This ensures things are fair for all participants.

I am saving this thread for the pure entertainment factor.

So is this your reasoning for why clawbots haven’t dominated?

VEX Competition Perimeters are coated with “extract of Ysalmiri”. This ensures things are fair for all participants.

Glad to know I am not the only one on the planet who has read my fair share of Yuuzhan Vong books.

This ranks up there with best vex threads of all time.

The force be strong in New Zealand it is. Descendants of Bilbo are we. Our sackzies want to rule the world do they.

My apologies for resurrecting a unproductive thread, but…

The force be strong in New Zealand it is. Descendants of Bilbo are we. Our sackzies want to rule the world do they.

…this mixed metaphor is too odious to bear. Thus, it drew a lurker out from under his rock to make one of his first posts.

The mixed Star Wars / LOTR reference aside, please remember that Bilbo never married and has no offspring. His only friends are his younger cousins. (Yes, using present tense is weird, but technically correct.) So, the second statement is an impossibility.

Not that anyone cares about such trivial details (or that I take this that seriously), but at least I can now sleep soundly.

My apologies for resurrecting a unproductive thread, but…

… please remember that Bilbo never married and has no offspring.

You might want to read “Game of Thrones”… Offspring != Married :eek:

I was not deep enough under my rock to miss such a fact. If you reread my post, you will find that the phrase “never married and has no offspring” accounts for this. Mentioning marriage is used for emphasis, though could be removed without affecting the meaning of the sentence. If I were to write, “never married and had offspring,” I would be in error, because “and” would join the verbs “married” and “had,” and state that Bilbo never performed these functions. But I did not. Thus my point still stands, without any retractions.

In the Realms of this Reality, the Jedi must be used as intended, to be Impartial, Keepers of the Peace…

Hire Jedi to be the Referees and Competition Field Staff. They can monitor for usage of the Force, used for Good or Evil… Just to keep a Level Playing Field, so to speak…

( adding more Fuel to the Resurrected Thread… [1]That is ALL… )

The mixed Star Wars / LOTR reference aside, please remember that Bilbo never married and has no offspring.

Or does he?..you can’t tell me these two don’t have the same father (if you squint hard, you can see it in the eyes) The father can only be Bilbo Baggins… or possibly Darth Vader (who has a history of this sort of thing). 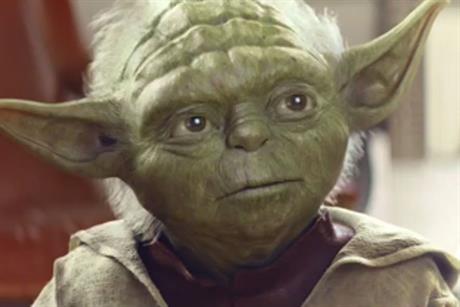 Could it be that they look alike because they are both CGI characters made around the same time period? We stop using Jedi as our referees at our tournament and outsourced to the planet Vulcan, because the Jedi were still prone to some emotional biases. Seemed like thee best solution.

Could it be that they look alike because they are both CGI characters made around the same time period? We stop using Jedi as our referees at our tournament and outsourced to the planet Vulcan, because the Jedi were still prone to some emotional biases. Seemed like thee best solution.

I see the merit in that, but what about when unexplained phenomena occur, like levitating Game Objects, with no apparent localized gravity shifts??

The Vulcans might be distracted, while muttering Fascinating and investigating the Game Objects with their Tri-Cordors, and miss the Blatant Cheating of One or Both teams…

[2] Once again, the Ref misses the Whole Thing…