Does anyone know where to find replacement parts for the gear in the pictures below. It is the idler gear between the dc motor and the gear that drives the gear cartridge and the teeth on this gear have stripped. I would rather buy a few replacements instead of replacing the whole motor simply because this gear wore out. ![image1|375x500]
(upload://fY1U6vWHG19MEEHQuT1zfex4ymM.jpeg) 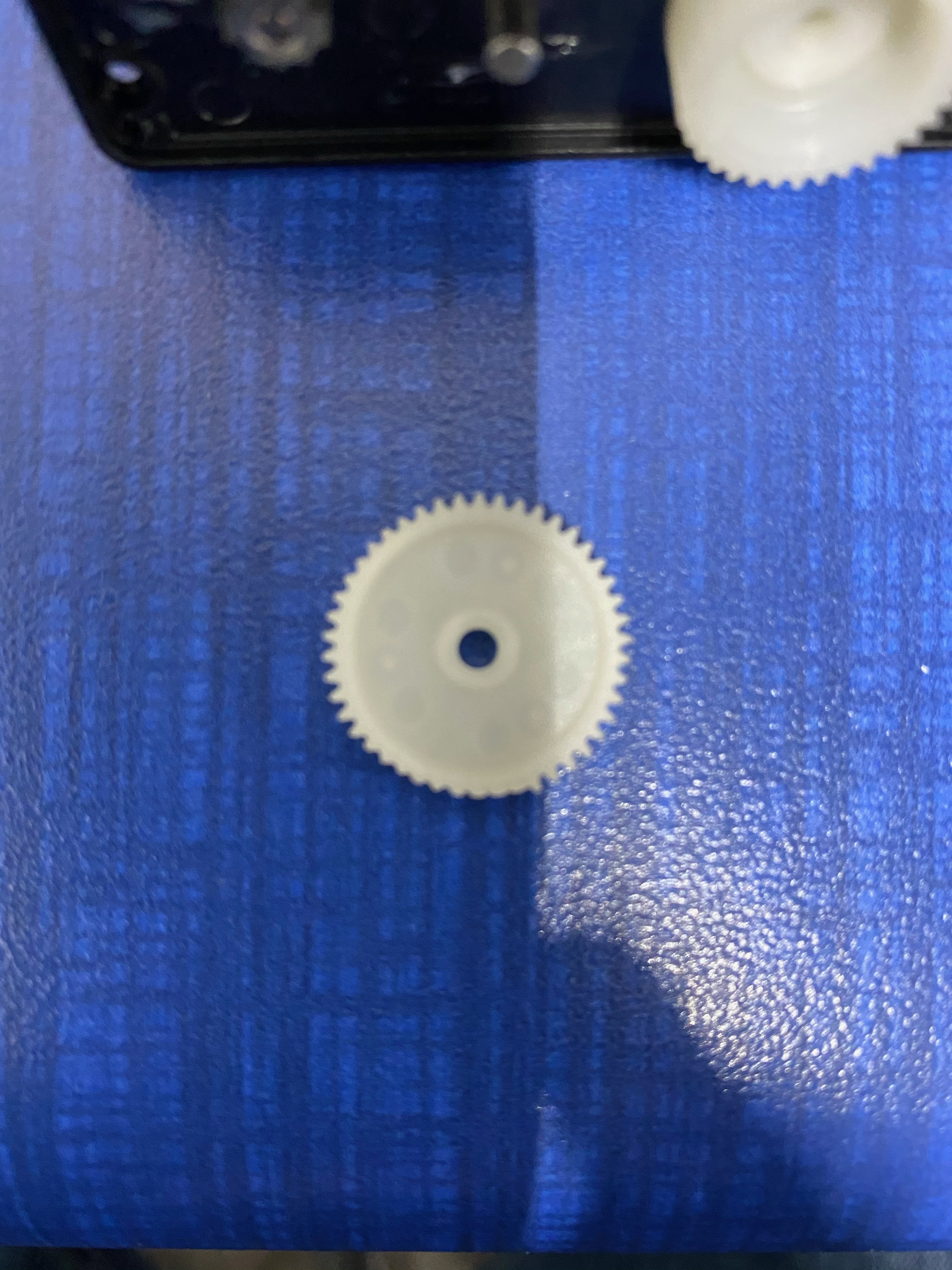 AFAIK, they do not sell the internal parts, since those are not supposed to be handled by its users anyway. Your best bet would be to ask other people to see if they have a dead motor with working internal gears for you to use.

Why are they “not supposed to be handled” by the person who bought them? It’s a simple dc motor with 3 gears. If I can replace a ten cent part on my own, no sense in paying to send it in to get fixed or buying a replacement. I realize Vex does not sell those, that is why I am asking if anyone knows other stores that carry them or where they have bought replacements.

Why are they “not supposed to be handled” by the person who bought them?

According to the VEX Robotics Competition Game Manual, Rule R22:

It is unclear whether or not a competitor would be breaking the rules by replacing their internal gearing, hence implying that they’re “not supposed to be handled”

However, if you are not competing while using that repaired motor, then it does not matter.

other stores that carry them or where they have bought replacements

I tried searching for any replacements within RobotMesh and Robosource (two very popular VEX product distributors) but could not find any, unfortunately.

I’ll bet these are custom made for VEX. I have kits like this 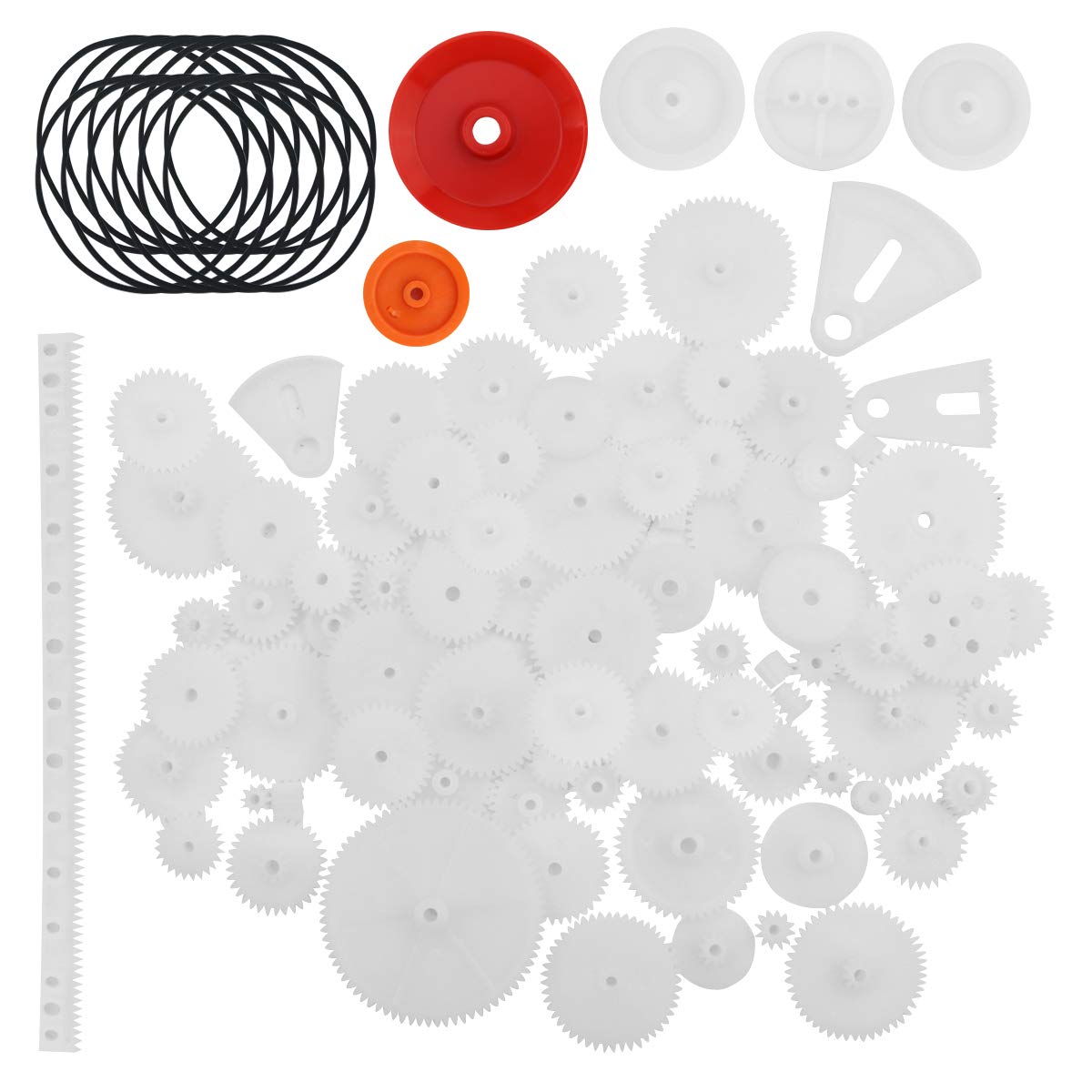 Please carefully check whether the product information meets your requirements before purchasing. If you have any questions, please feel free to contact us! Our gear combinations can be freely matched and used to produce...

That may have what you are looking for in them. But I’ll say that there are teams near you that have motors that have blown electronics that you could harvest for the gears.

Back in the day before VEX there was a company called Small Parts that had all sorts or nylon gears like this that you could order exact replacements. Or build your own transmissions!

Replacing mechanical parts with identical replacements is not and has not ever been illegal, as it is not modification.

On the contrary, I made a forum post asking if I could salvage a broken motor I had, and alas people told me I could not. However, the people of the forum also informed me that it would have already been illegal to use that motor again, because I had disassembled it past its “user-serviceable” stage. I looked on the VRC Q&A section, and it says that further disassembly (even if you aren’t modifying it!) is not legal. Take a look:

My main point is not to be counterproductive towards the conversation, I am simply warning the OP about the fact that disassembling the motor past its user-serviceable stage is, in fact, illegal in VRC, just as I was informed when my motor stopped working. Will inspectors notice that you put a replacement gear in your motor? Probably not. However, I know for a fact that some people cannot live with the reality that they have broken a rule (my sister team).

Once again though, if the OP does not plan to compete with this motor being used, then this ruling does not matter.

That may have what you are looking for in them. But I’ll say that there are teams near you that have motors that have blown electronics that you could harvest for the gears.

Judging from the thumbnails of the different types of gears, I’d reckon you could find the right size in the pile just by eyeballing it, or comparing the size side-to-side with the broken gear 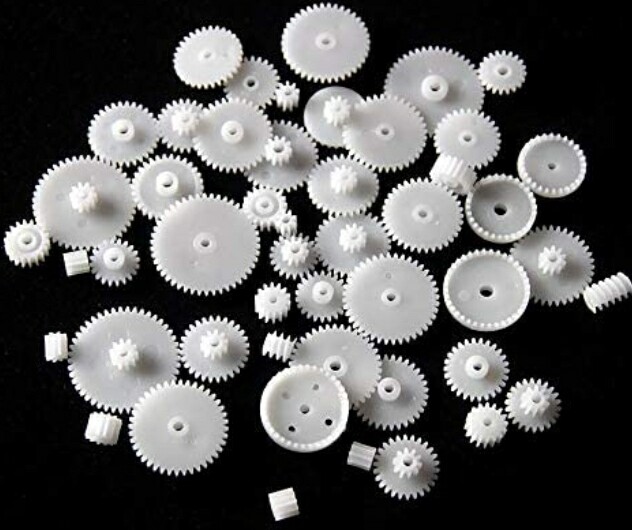 If these gears do not work, then your next best bet is to contact any teams around you, like Foster said. I would give you my broken motor from the past, but I think I scattered the parts everywhere, not to mention I have no clue where you are working from, so I don’t know how convenient shipping would be… Nonetheless, I’ll look around to see if I can find the gear you’re looking for.

Just going to say that it’s a Mod 0.4 46T gear with a 2.5mm bore based off the CAD model and looking at your picture.

Most kits have Mod 0.5 gears which are slightly too big, and 46T isn’t exactly a common size. I also looked around a bit and the only source that had something that even matches the modulus and teeth count were SDP-SI, but the smallest bore they have is 3mm. So far I think the only way to get brand new replacments without salvaging another motor is to get it custom made.