Hello, Me and my team have been having problems with our vex v5 motors for a while know. They tend to overheat after 6 minutes of driving around the field scoring. When we check the motors they are hot. We have even melted a motors gearing and motherboard before and had to switch it out. We have tried many things and wondered what you guys may think?

Our robot is aluminum as light as we can make it. Our drive train motors are torque motors. Our gear ratio is medium to small which has been the best working one we have found all others burn out faster. We have also tried doing direct drive that also burns out to fast. As of know canned air seems to be the best working thing but we really need a permanent solution.

Can you send pictures of the bot? Sounds like you have a monstrous amount of friction…

We have even melted a motors gearing and motherboard before and had to switch it out. We have tried many things and wondered what you guys may think?

Aside from the probable issue of there being too much friction on your drive, this is concerning to me if this actually happened. V5 motors have internal temperature sensors that should shut down the motor far before it reaches the melting point of the nylon gears at 70C. If this failed then something seriously wrong occurred. 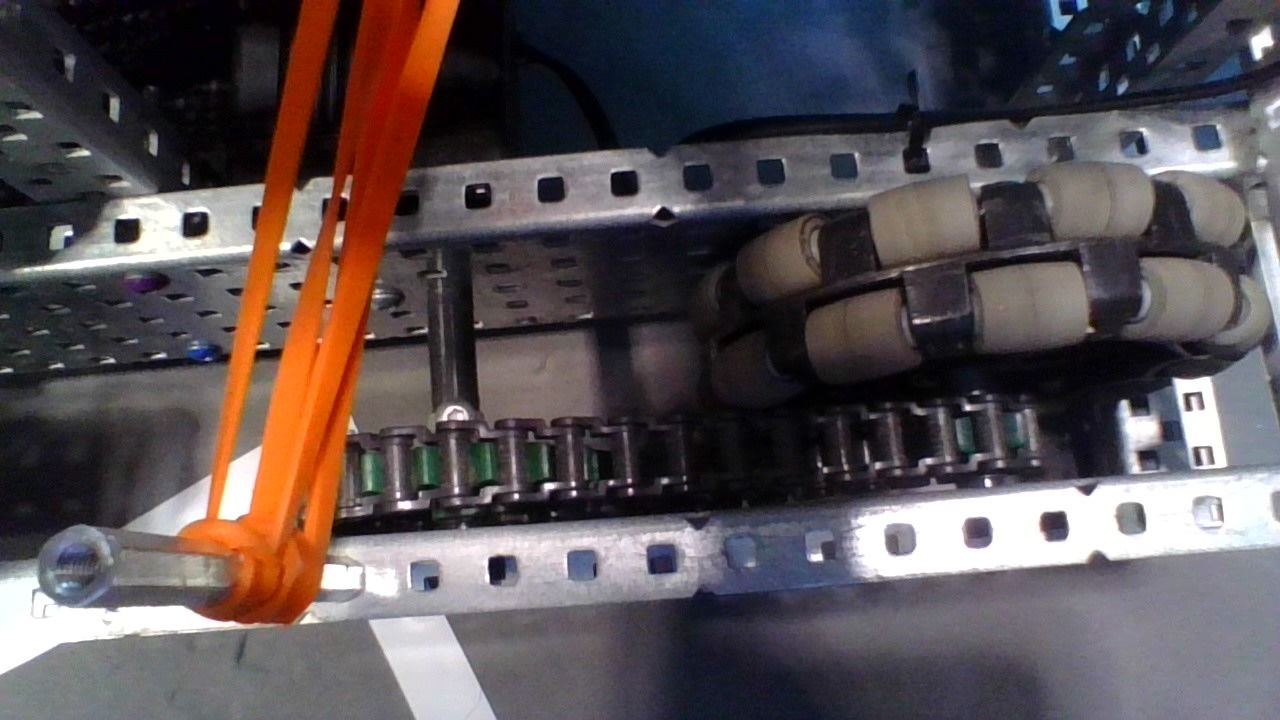 So… From this way, It looks like the 5 wides on the base are steel. That’s gonna be pretty heavy, might be part of the problem.

That’s gonna be pretty heavy, might be part of the problem.

i dont think that would be significant enough to cause nylon gears to melt…
as long as the entire bot isn’t made of those steel 5 wides, i think it’s safe to assume that it’s something wrong with his drivetrain rather than the weight. 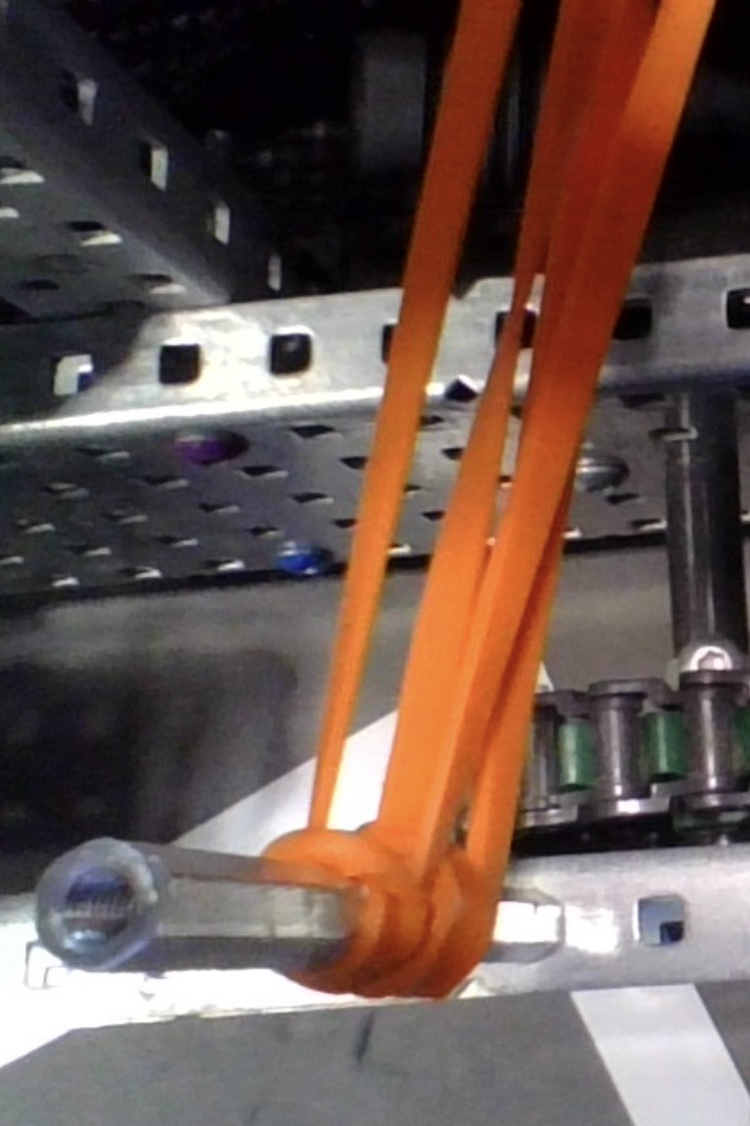 What are these two structures (specifically, whatre the rubber bands for and what is the piece of metal that looks like it’s touching the sprocket are the bottom)? have you tried disconnecting the motors and seeing how it freespins? The picture helps but by itself it didn’t provide a whole lot about the context of the problem (assuming this problem is mechanical in nature) 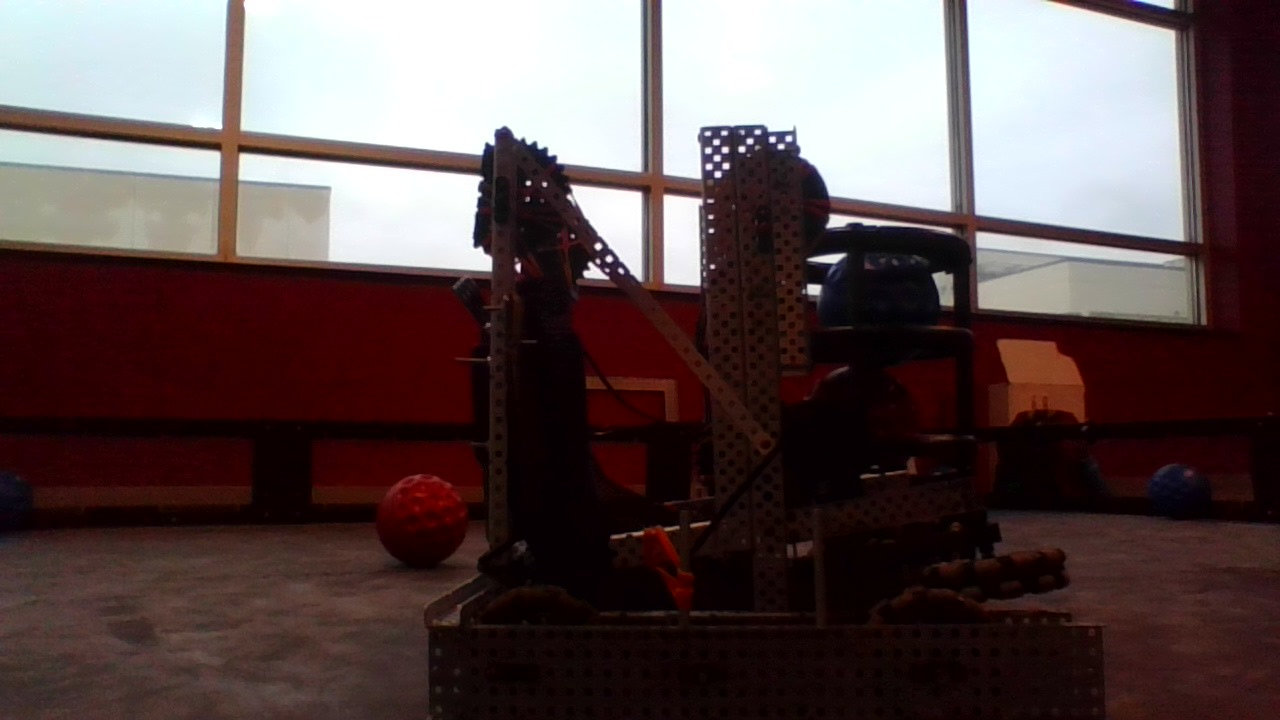 Its pretty much an all aluminum frame and those rubber bands make our front intakes stay inward so the ball does not slip out.

we have tried free spin

we have tried free spin

can you send a video?

Yeah it depends how long it’s free spinning for, which is what ethan is inquiring about

Have the motors taken any impacts? Drops off tables? Driving off fields? Run off a curb?

How many rpm are your motors spinning at. Also, how many motors do you have on your drive train. If you had a 2 motor drive train and have the motors at over 200rpm, they would burn out pretty quick.

Don’t hear down a motor with sprockets when you’re that close. You should use HS gears to put less strain on the motors

You have black spacers on your drive wheels, are you able to spin those by hand pretty easily?

At 6 minutes I guess you’re talking about extended testing and practice. If the motors don’t give up during a competition scenario, you could worry less about it until you improve matters, and place USB powered fans and a power pack to cool the motors during lab work. You could also clip heatsinks onto the motors. Continuing that thought process, we could start to think about cooling considerations built to fit competition rules. A pinion off a motor driving a fan formed from cut and twisted legal sheet stock over- or through metalwork in contact with- a motor surface might help.
A more general comment off the side that might catch a thought: if you have two motors collaborating on a rotation without going through a differential, they could disagree about where they should be in hold mode and work constantly and hence over-heat.
Cheers,
Dave T.

You could also clip heatsinks onto the motors. Continuing that thought process, we could start to think about cooling considerations built to fit competition rules. A pinion off a motor driving a fan formed from cut and twisted legal sheet stock over- or through metalwork in contact with- a motor surface might help.

Given that the entire casing surrounding the motor is plastic, an insulator, not much would change on the inside of the motor, even if you were to cool the outside with a fan or heat sink. When V5 motors are warm on the outside, they’re burning hot on the inside.

That’s not even to mention that a fan would be a waste of a motor (or at least some power, if you don’t use it as a dedicated motor fan, due to air resistance, friction, and other obvious factors) that you could be using for other purposes, like scoring, and your drivetrain

Besides, building a fan blade out of “twisted legal sheet stock” is a lot easier said than done considering that all the metallic options to speak of have 0.182” width holes spaced every 0.5”, and that precision-bending a 0.07” plastic sheet (assuming you went the lexan route) to get a half-decent fan blade- without the legal ability to use a 3D printer- would be quite a challenge without some kind of plastic sheet heater-roller

While these ideas could be valid in other mediums, like vexu, vaic, or frc, where you have significantly more freedom with part creation and component modification, they’re sadly not very realistic in vrc, and would probably end up being pretty detrimental to the performance of vrc robot lol