One of our motors is emitting a slow red blink and will not respond to any command given to it. It still shows up in the devices screen on our brain but it will not spin. Is there anything I can do to try to get it working again? Maybe resetting the firmware on the motor somehow? Of course this happens the night before a competition…

I feel your pain. Our team has had this happen many times. I would replace the wire and/or the port that the motor is plugged into. This has happened to three of our motors, and sometimes the problem is the wire or a blown port. Unfortunately this won’t help you the night before the competition, but if that does not fix the problem, call VEX and they will typically have you send your motors back and they will replace them for you.

Yea I tried known working ports and cables but still nothing. Thanks for the help through.

Does the motor send information to the brain, like can you read the degrees from the devices menu

Does the motor send information to the brain, like can you read the degrees from the devices menu

Kinda? It shows up in the devices menu but the encoder value is messed up? Instead of showing the regular 0.000 on other motors, it shows a single 0 which is half cut off. Here’s a picture of what shows up on the broken motors device info menu. The buttons to manually spin the motor do nothing btw. 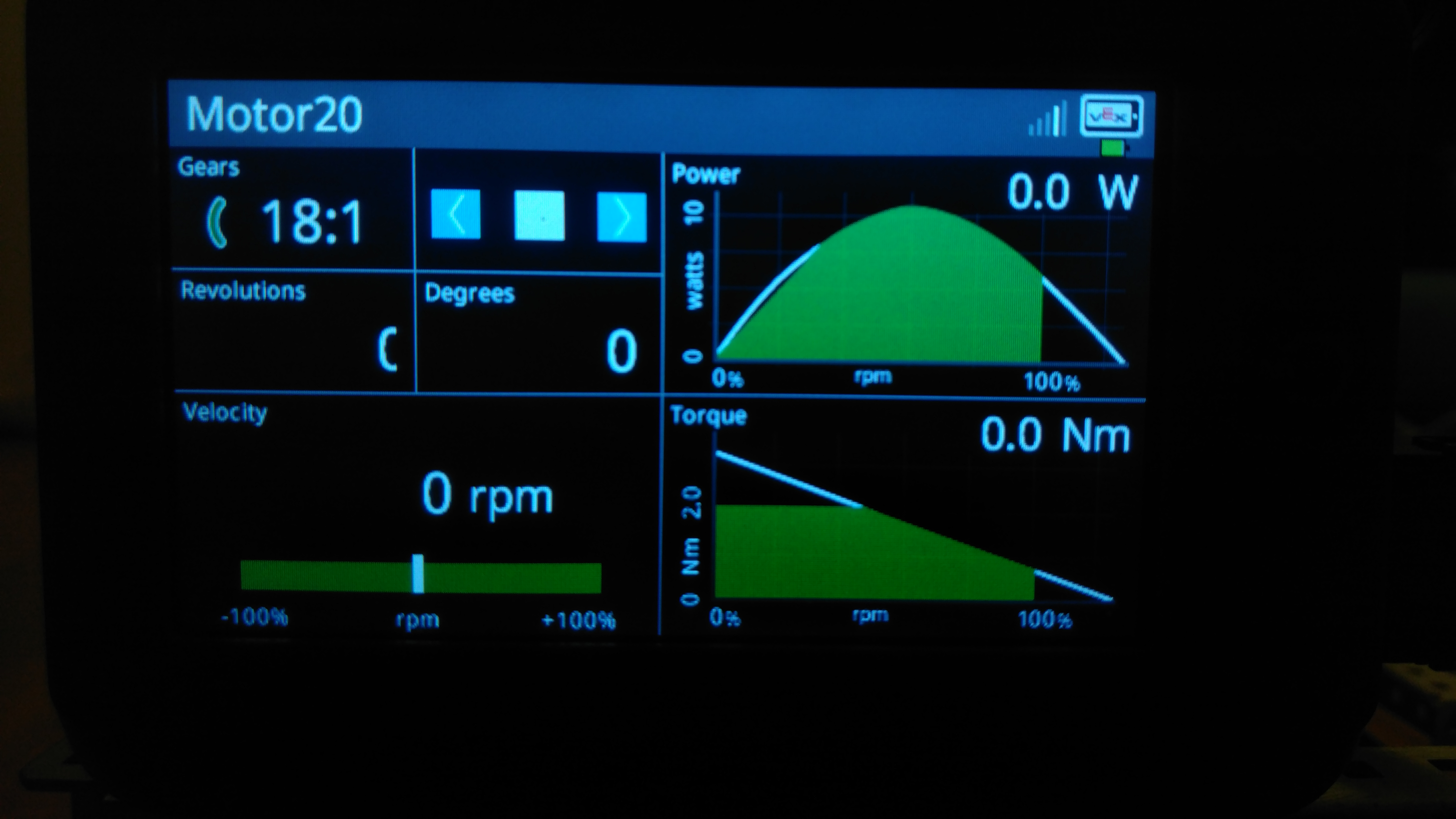 It sounds like the actual board has failed. I haven’t seen that yet with a V5 motor. What exactly was this motor doing on your robot?

Unfortunately, probably your best option is to try and borrow one from somebody at your competiton tommorow.

Yea that’s my best guess too.

It was on a dr4b with a 36T:60T gear setup along with another motor. Not sure why this one decided to die instead of the other one, especially since we have had the same setup for the past 2 competitions.