Does anyone else think that that competition was entirely too long? Our team was there for 12 hours! Why couldn’t they have used both of the arenas at the same time for practice and qualifying? Please state any questions and/or opinions on this matter.

Yea 12 hours was along time. I think using both fields at the same time or adding another field would be better. Maybe only 2 qual. rounds

ya…
they could have maneged their time better and made it run smoother, but you have to remember that it was the firt of these competitions they had run.
it should run a little smoother next year.

Oh, I really didn’t know that it was one of their first competitions. That makes sense then. Which robot did you have? And are you going the Garfield scrimmage?

our bot was a big box with an arm that scored 6 points in autonomous very consistantly.
and we are hoping to make it to the Gar-field scrimmage

WOW! 6 autonomous balls congrads! I have a little better clue to what your bot looked like. I was surprised to find alot of big robots there. In our scrimmage at Battlefield the younger Garfield team had a horrible big boxed robot that was for the low goals but couldn’t get in the goals. But good for you to get that many balls in autonomous.

thanks!!
we are hoping to be able to modify it to score 3 pointers in normal play by our next event.
and get a little more drive time in, that was our downfall i think.
and actually our highest autonomous score was 8 points, 2 3 pointers and 2 low goals.

Was yours the one that went up, back (knocking balls in), then all the way to the other end and back (again knocking some more balls in)?

umm…
im not sure if this is what u meant but.
we stared on the poisite side of the left hand high goal(if u were in the corner goal) dunped or 2 balls, backed up, then charged at the low goal noking a pile in(in theory)

so i think we’re the team u r talking about.

this will solve the mystery bot… Could you score in the high goals?

during automomous, yes because we had to preload the bals into our dumping mechanism. we thought up a design so we could reload it during normal play.

during automomous, yes because we had to preload the bals into our dumping mechanism. we thought up a design so we could reload it during normal play.

Wait…Hold the phone, are you the guys with the beast?

i dont know…
our bots name was the Kraken, or unless someone niknamed us that…
whish is entierly possible, so we might have been.

i dont know…
our bots name was the Kraken, or unless someone niknamed us that…
whish is entierly possible, so we might have been.

were you at the Battlefield scrimmage, because if you were and your the one I’m thinking of, then you were the Beast. The beast had a massive retractable claw.The people who had “the beast” were from the hobby shop

ok…
then no thats not our bot.

as I have reconized right now, I believe the people with the beast are on right now.
…OK so now that my initial subject has strung off coarse, lets talk about how that competition could have improved

And - Yes the event went way long, technical difficulties with the field(s), and with training all of us rookies using the field gummed things up. But, for first timers, I give the organizers high marks. It is a tough job to herd all of us cats around 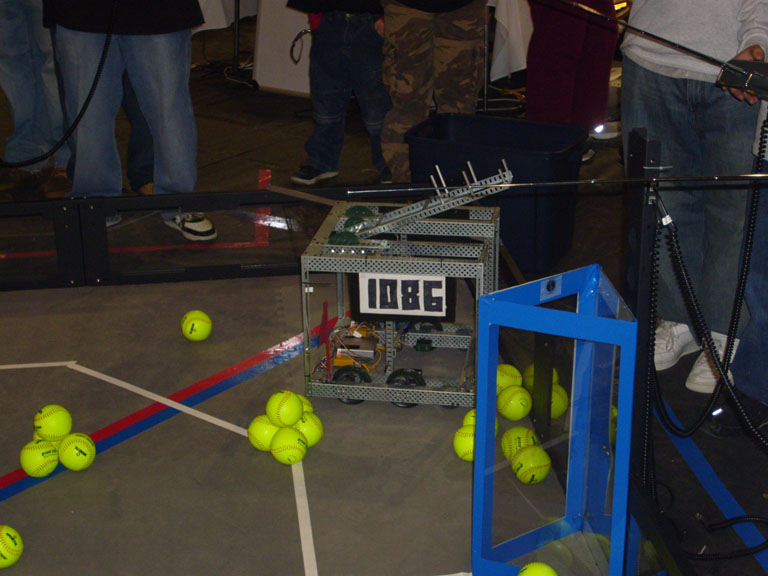 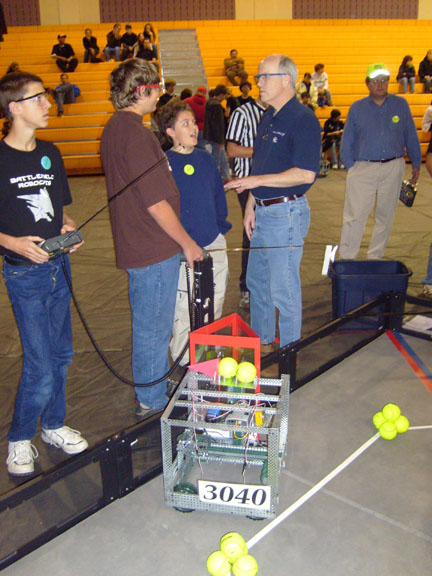 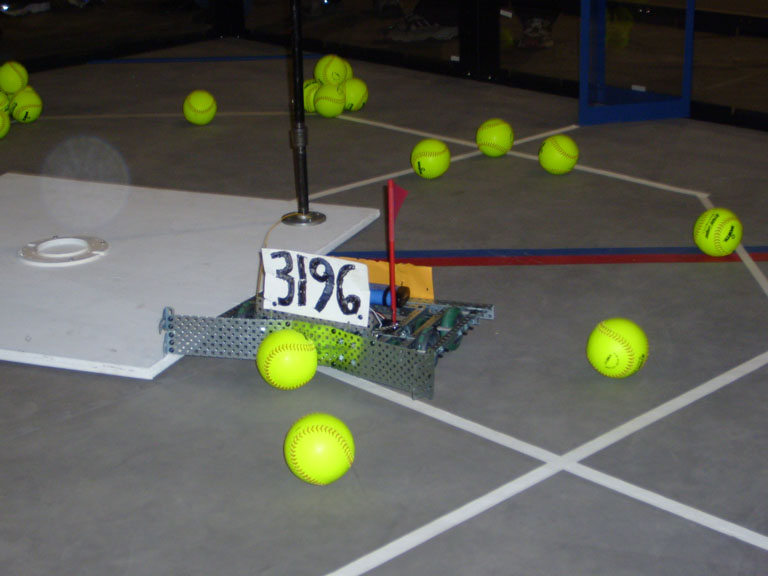 We left around 5am and got back around 12am, it was crazy long - but deffinatly worth it!

In our scrimmage at Battlefield the younger Garfield team had a horrible big boxed robot that was for the low goals but couldn’t get in the goals.

Haha, thats true xD
The team learned a lot from going there, although I wasn’t able to go… So Farmville was my first robotic’s experience outside of our club.
But I hope everyone will be able to come to Gar-Fields!
Theres a possibility that we will have our all-female team up and running then also.