I need help coding a function in Vex v5 Blocks that involves velocity shifts in set increments programmed to buttons on the controller. For example, if you pressed a button, motors under that command would increase/decrease velocity by a set amount. I have seen other topics do this in text, but I haven’t seen it done in blocks yet. Could someone maybe help me by giving an example of what it would look like?

Edit: I intend to use these commands on the drivetrain and flywheels of our bot if that helps provide more context. 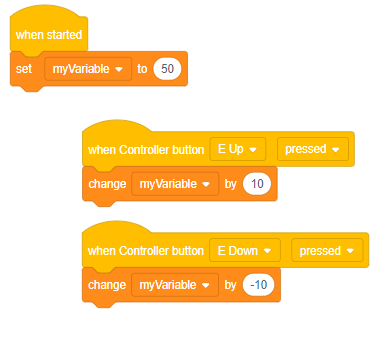 Actually, it’s this but instead of the my variable bit, you put the block “Set velocity of (motor number / motor group) to (velocity percentage)” I can’t actually show this in an image as I don’t have access to my program software at this moment, but I believe the block for this is light blue.

Yes, you would then need to set the motor, like this: 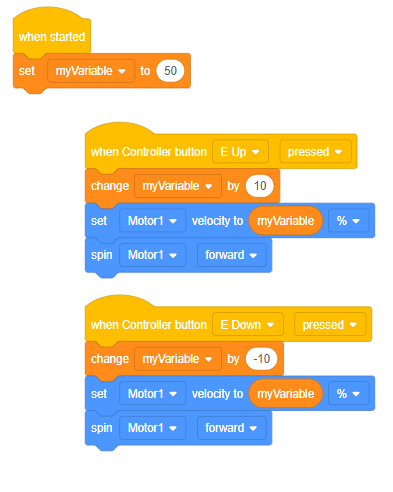 But it’s helpful to store the percentage in a separate variable to manipulate it.