In this year’s game manual on Page 13, there is a graphic that shows an example of how blocks are scored, as seen here: 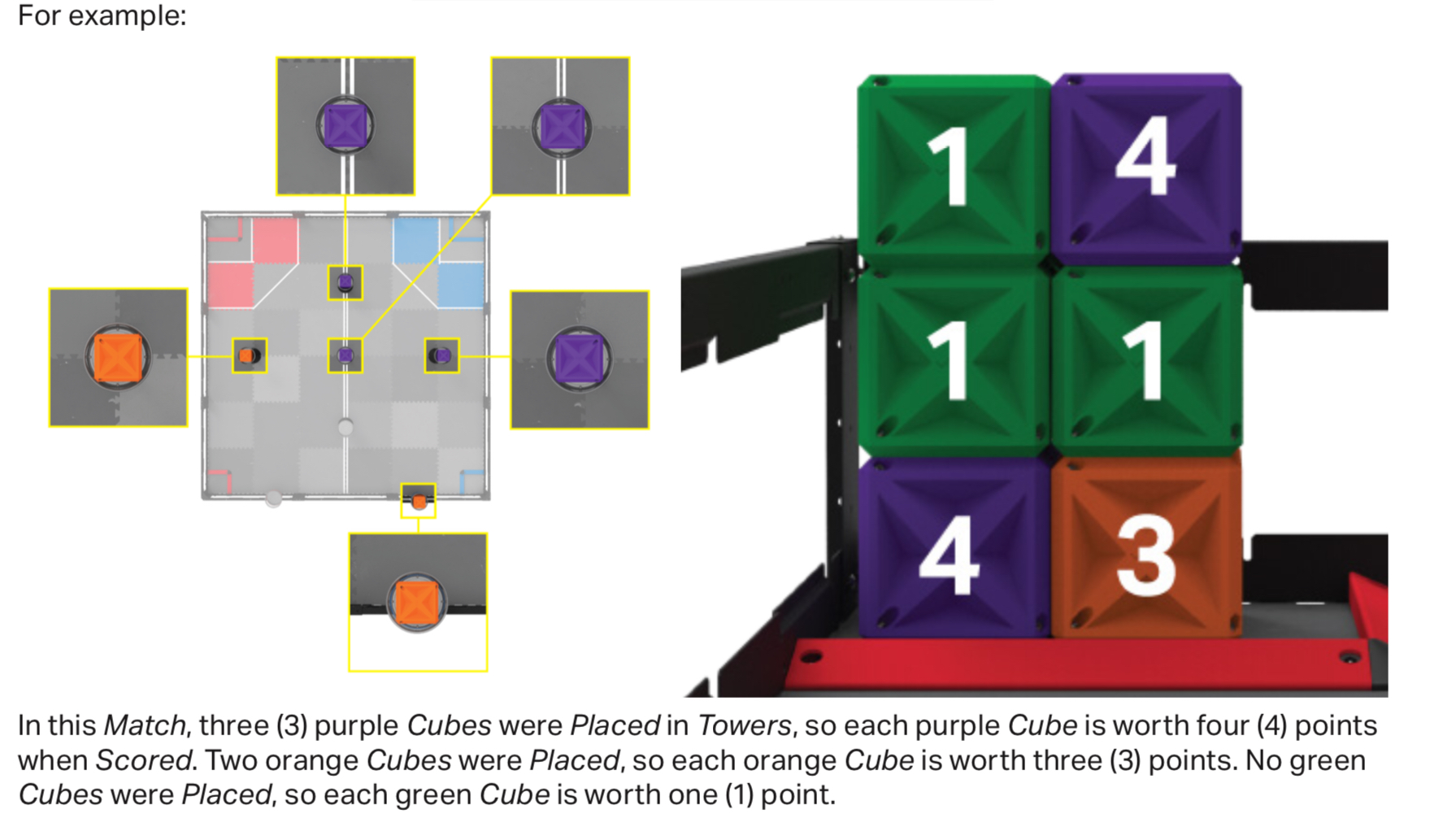 However, upon closer inspection you can realize that even though the blocks are scored in Red’s large goal zone, one of the orange scoring towers is blue’s alliance tower, meaning that any points scored for red would have a multiplier of 2, not 3. Did I miss something?

no, the only team specific tower is the ones with colored baskets on the edges of the fields.

Yes, one of the orange cubes is placed in the blue alliance tower, shown here: 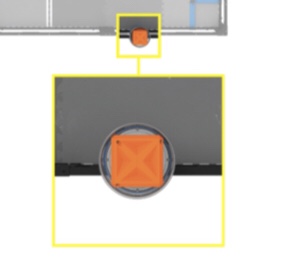 Even cubes scored in alliance specific towers count as a multiplier for the opposing alliance. Cubes in towers are multipliers for all cubes on the field.

Yes, alliance towers counts for both alliances, not just one. The idea that one tower counts for one alliance is a common misconception that I heard at the beginning of the season by some competitors that is incorrect. There is nothing in the rules that say that alliance towers score for a single alliance.

All towers count for every team. However only the alliance of that color can score in an alliance tower.

You can be assured that when the referees do the score in the Tournament Manager, that all cubes placed in towers are scored properly. The scoring referees actually record the numbers and colors of cubes stacked in the goal zones, and the colors of each cube placed in a tower, rather than just recording a score, so “bad math” doesn’t enter the scoring process.