I needed to test a mechanism this morning, the only driver to hand was an MC29. Ten minutes later using an arduino and ROBOTC we have the test complete. 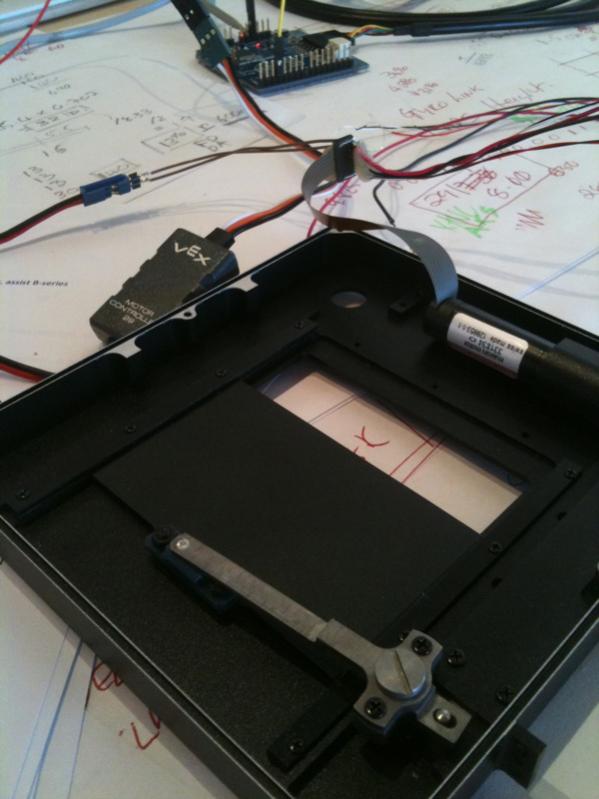 And MacGyver thought he had it Good…

While zip-ties aren’t exactly rocket science, it always pleases me when different worlds collide. My most interesting juxtaposition came with the improvements made to cinnamon rolls via a Materials & Metallurgy class.

My most interesting juxtaposition came with the improvements made to cinnamon rolls via a Materials & Metallurgy class.

In Mat/Met, Hooke’s law describes a number of coefficients which are used to describe the properties of materials, including shear modulus, or the modulus of rigidity. Swirl cookies (when the dough is chilled and stiff) can be cut with a knife because the dough has a high shear coefficient, producing minimal distortion when pressure is applied (aka rigid). As a result, the cookies remain round and look pretty when you cut them.

In contrast, cinnamon rolls have a very low coefficient of rigidity (aka squishy). When you cut them with a knife, they look deformed (oval). Also, the lack of radial symmetry makes them harder to fit into a round pan.

A number of solutions:

A number of considerations were made in the choice of “string”. Iteration 1 (yarn, the first thing available) was highly adhesive and left behind microfibers. Fishing line was optimal from an adhesive point of view, but not from a practical point of view. In our household, fishing line is stored in the garage (cold – I seldom bake in warm weather) in a dusty box containing items that have been “who knows where”. From a sanitation point of view, fishing line was a lousy choice. Our happy compromise was found in waxed dental floss, routinely stored in a convenient place in the kitchen next to the toothpicks and silverware.

To my non-scientific friends, the moral is simply “Use waxed dental floss to cut nicely round cinnamon rolls that fit in a round pan.”

Enjoyed the Breakfast of Champions this weekend. Too bad cinnamon rolls and Vex tournaments never happen in the same weekend. 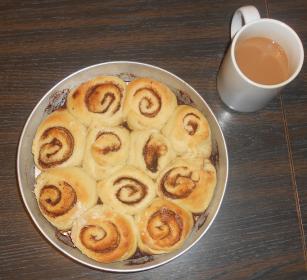 We had to reformat one of our computers today. The tedious thing about this process is the window that appears every couple of seconds (it has to do with our image/network security) and halts the imaging process. It’s a simple matter to click the ‘Ok’ button and carry on, but when the message pops up a couple hundred times over what should be a two-hour imaging process, it gets problematic quickly.

Luckily, there’s a VEX solution for that.

Luckily, there’s a VEX solution for that.

That is pure awesomeness!