I am looking for feedback and information from any schools that have a dedicated course for VEX competition robotics. This would be a classroom course where students work and prepare for VEX competition (not just use the vex education curriculum for engineering and robotics).

I personally would want to teach a course like this sometime far in the future (when I’m nearing retirement). It’s a great idea; I think it would be helpful if the course combined aspects of physics, engineering and mathematics while also preparing students to compete in the VEX Robotics Competition so that way they understand why the VEX ecosystem works the way it does. Each competition that the students compete in would become a “lab practical” so to speak since they’re indirectly testing what they’ve learned about various physics and engineering concepts, but it would be a pretty darn fun lab practical to participate in.

My “alma mater” (so to speak), Dublin High School in California, does not have a dedicated course for this but the club that runs VEX Robotics at that school (Gael Force Robotics, team number 5327) does have the more experienced students lead an extracurricular course called “Gael Force Academy” that occurs after school every Tuesday and Thursday. The course teaches novices the fundamentals of robotics before competition team captains take on the new members. This ensures that by the time that new members end up on competition teams for the season, they already know many of the fundamentals and will not suffer from such a steep learning curve. Gael Force Robotics has been using this strategy for many years to train new members and it has worked relatively well, although it has needed a few tweaks over the years.

Currently my alma matter (Montverde Academy) has a robotics course. The course is “taught” by our robotics mentor/physics teacher, and is during the last period of the school day (9th period: 2:25-3:10). It is designed as an extension of our after-school practices, and as such was designed to seamlessly blend in with those. As this is a “class”, it appears on our schedule (as an elective) and our “grades” are participation based (making sure we are on track with our competition schedule). With most members of my team partcipating in other extracurricular activities (myself included), it was nice to have dedicated times to meet & work on our robot.

The only “teaching” my mentor did was a speedbot excercise for the newer teams at the end of the season. While my team started on our competition robot, the 2 other teams built speedbots and raced each other around the (still put together) Change Up Field. This got them used to most aspects of the competition (designing, building, drving/programing, the design process) in a couple of weeks. As this did takeaway some time from their competition schedule, their 1st tournaments were later on in the season (based on their robot’s progress). The way the class is set up you do not have to compete to be in the class, but it is highly encouraged to do so (everyone enrolled last season competed).

Currently at my college (Clemson University) there is no “class” for our VEXU organization. We used when2meet for each subteam (3 robots, experimental team + documentation) to coordinate our schedules (block schedules). This way the subteam leaders could pick the most optimal meeting times for everyone. Even with this people might not be able to make a meeting or two, so they’ll just let everyone know in the appropriate discord channel. Our members also have full-access to our robotics space so they can come and go as they wish (24 hr building access has not been set up yet rip). 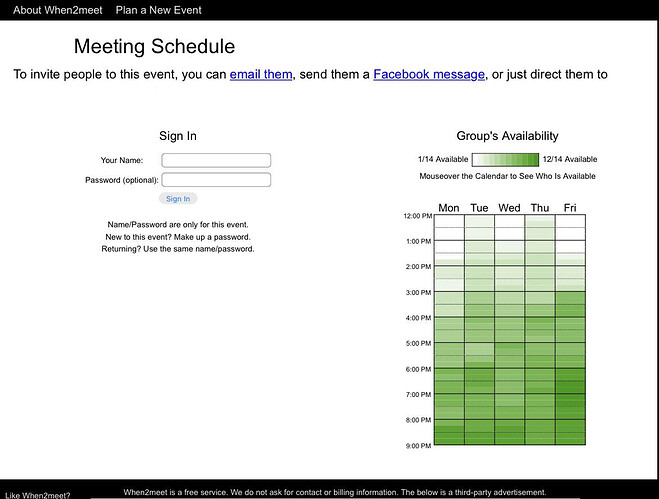 We have a dedicate vex robotics course at the current high school that I go to Wheeling Park High School in West Virginia. It is taught by our robotics coach/physics teacher. We normally just do the same stuff we do during practice and it just serves as extra time to work on stuff. But not all the people that take the class are on the competitive robotics team so my teacher created a team for them were they would just build the hero bot and add things to it. So they were able to get familiarized with the vex eco-system and they only competed at the tournament that our school hosted. As well at my high school we have PLTW course that also use the the v5 system I know you are asking about competition robotics but if student that classes that PLTW offers like POE(principles of engineering), CIM(computer integrated manufacturing) they should all ready be familiarized with the vex eco-system.

Thanks, just what I needed. Much appreciated. This is pretty much what we are trying to start here.

This an interesting alternative since we have switched to a block scheduled. Thanks.

Our school has both a highschool and Iq program (afterschool on thursdays) the iq program has about 140 kids this year and about 24 teams. Taught by 1 teacher and highschool volunteers

SAIL high school in Tallahassee, Florida has this for second year engineering students. Meaning that if you have already taken the elective in a past year, you would be a second year the next time you take the elective.